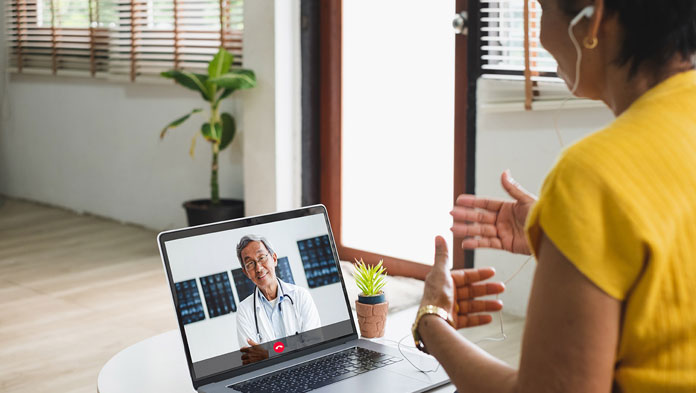 The $1.7 trillion omnibus budget bill that President Biden signed into law is credited with two significant victories: the continuation of telemedicine and hospital-at-home programmes after the public health emergency has passed.

Both of the programmes that were implemented as a result of the public health emergency have had their waivers extended by the Act.

The current telehealth flexibility period runs through the end of 2024. Before the bill was passed, providers and Congress, which had to take action to prevent the telehealth cliff, were anticipating receiving an extended 151 days after the PHE ended.

The American Hospital Association claims that the omnibus legislation maintains PHE waivers, such as extending the eligibility of practitioners to provide telehealth services to include occupational therapists, physical therapists, speech-language pathologists, and audiologists; trying to extend the ability for federally qualified health centres and rural health clinics to provide telehealth services; and continuing to expand the sourced site to include any site where the patient is located, including the patient’s home.

The omnibus package also prolongs the safe harbour exemptions for telehealth services in high-deductible healthcare plans. A report on service utilisation must be provided to Congress by the Secretary of Health and Human Services. According to the AHA, the interim report is expected in October 2024, and the full report is due in April 2026.

Acute hospital care at home is also extended by the measure until December 31, 2024.

The HHS Secretary must evaluate and contrast the delivery of treatment under the Acute Hospital Care at Home programmes with that provided for patients in inpatient facilities, and they must then publish a report outlining their conclusions.

WHY THIS IS IMPORTANT

Both programmes have proven crucial for hospitals and doctors during the COVID-19 pandemic’s peak and the subsequent financial difficulties brought on by labour shortages, delayed discharges, and inflation. Without the bill, Congress would probably have taken action on the telehealth measures before the PHE’s 151 deadline. Without intervention, telemedicine would largely revert to rural care delivered from doctors’ offices.

Johns Hopkins Medicine invented and trademarked Hospital at Home, which has been used by at-capacity hospitals to transfer acute care patients home using skilled nursing, digital, and telemedicine services, about 20 years ago.

According to Sg2 lead consultant Mark Larson, hospitals that can expand these services and have value-based agreements may have financial success. Sg2, a Vizient subsidiary, is a consulting and analytics company.

ROI is obtained when Medicare Advantage arrangements are extended to the 30-day episode, he noted. The savings from preventing readmissions are even greater. The fact that the omnibus bill avoided the two-year Pay-As-You-Go Medicare 4% sequestration thrilled hospitals. The law delays the $38 billion in Medicare changes that would have otherwise gone into force in January.

Physicians complained that the 4.5% decrease in payment rates that will take effect on January 1, 2023, only provided them with a partial reprieve. For 2023 and 2024, the Act decreased the cut to roughly 2% and 3%, respectively.