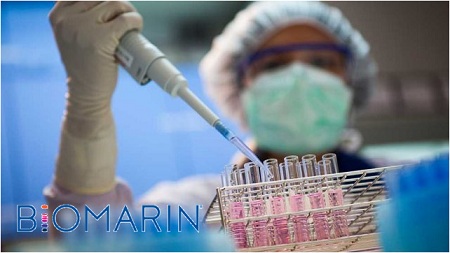 BioMarin Pharmaceutical Inc announced that the European Medicines Agency  has granted access to its Priority Medicines (PRIME) regulatory initiative for the company’s investigational gene therapy treatment for severe hemophilia A, BMN 270.  To be accepted for PRIME, an investigational therapy has to show its potential to benefit patients with unmet medical needs based on early clinical data.
The Committee for Medicinal Products for Human Use (CHMP), which is the EMA’s committee responsible for human medicines, determined to provide access to the PRIME scheme based on findings by the CHMP that:
the unmet need is justified in particular on the basis of breakthrough bleeds in prophylactic treatment settings, leading to sequelae (negative after effect of the disease), including hemophilic arthropathy (permanent joint disease as a result of repeated bleeding in the joints); and
the potential to address the need is justified on the basis of preliminary clinical data in affected patients, supporting that a single IV administration results in sustained restoration of factor VIII activity, reduction of Annualized Bleeding Rates and improved quality of life.
“We are thrilled that the EMA has recognized the potential of BMN 270 to change the course of hemophilia A and provide a treatment paradigm currently unmet by available therapies,” said Hank Fuchs, M.D., President Worldwide Research and Development at BioMarin.  “We look forward to preparing to enroll patients in a registration enabling study in the third quarter of this year, as we work closely with the EMA to accelerate development and hopefully to facilitate earlier access to the first gene therapy treatment for patients with severe hemophilia A, the most common form of the disease.”
PRIME is a scheme to strengthen support to medicines that target an unmet medical need. The scheme focuses on medicines that may offer a major therapeutic advantage over existing treatments, or benefit patients with no treatment options. These medicines are considered priority medicines within the European Union (EU).
Through PRIME, EMA offers early, proactive and enhanced support to medicine developers to optimize the generation of robust data on a medicine’s benefits and risks and enable accelerated assessment of medicine applications. This will help patients to benefit as early as possible from therapies that may significantly improve their quality of life.
About Hemophilia A
Hemophilia A, also called factor VIII (FVIII) deficiency or classic hemophilia, is a genetic disorder caused by missing or defective factor VIII, a clotting protein. Although it is passed down from parents to children, about 1/3 of cases are caused by a spontaneous mutation, a new mutation that was not inherited.1 As an X-linked disorder, hemophilia A mostly affects males, occurring in approximately 1 in 5,000 male births.2 People living with the disease are not able to form blood clots efficiently and are at risk for excessive bleeding from modest injuries, potentially endangering their life. People with severe hemophilia often bleed spontaneously into their muscles or joints. The standard of care for the 43% of hemophilia A patients who are severely affected, is a prophylactic regimen of factor VIII infusions three times per week.3 Even with prophylactic regimens, many patients still experience microbleeds and spontaneous bleeding events that result in progressive joint damage.
About Gene Therapy
Gene therapy is a treatment designed to alter a genetic problem by adding a corrected copy of the defective gene. The functional gene is inserted into a vector – containing a DNA sequence coding for a specific protein – that acts as a delivery mechanism, providing the ability to deliver the functional gene to cells. The cells can then use the information to build the functional protein that the body needs, potentially reducing or eliminating the cause of the disease. Currently, gene therapy for the treatment of hemophilia A is available only as part of a clinical trial.  The AAV approach to gene therapy has been advanced at the University College London (UCL) in the treatment of Hemophilia B. At UCL, this technology has shown promising evidence of both safety and efficacy, correcting bleeding for greater than four years in a continuing clinical trial.
About BioMarin
BioMarin is a global biotechnology company that develops and commercializes innovative therapies for people with serious and life-threatening rare disorders. The company’s portfolio consists of five commercialized products and multiple clinical and pre-clinical product candidates.
For additional information, please visit www.BMRN.com. Information on BioMarin’s website is not incorporated by reference into this press release.
BioMarin® is a registered trademark of BioMarin Pharmaceutical Inc.