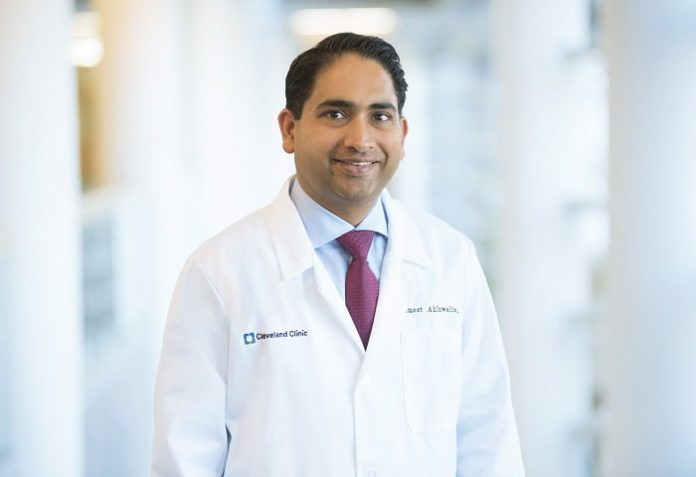 A novel vaccine that stimulates the immune system is improving outcomes for patients with the most aggressive form of brain cancer, a Delhi-trained doctor has revealed.

Dr. Manmeet Ahluwalia is thedirector of the Brain Metastasis Research Program at Cleveland Clinic’s Neurological Institute, which is involved in a groundbreaking study of a new treatment for glioblastoma (GBM).

“The use of the vaccine SurVaxM shows great promise for improving survival in newly diagnosed GBM patients,” he said.

“While we are still in the relatively early phases of testing this vaccine, we are seeing some very promising results which give us a lot of hope for this patient population.”

Dr. Ahluwalia, a graduate of Maulana Azad Medical College, University of Delhi,is a principal investigator in the multi-center study.

He presented its interim findings at the 2018 American Society of Clinical Oncology (ASCO) Annual Meeting in Chicago on June 3rd.

Dr. Ahluwalia cited the case of Jeff Tabor, 53, one of the 55 patients who followed the traditional GBM treatments of surgery, chemotherapy and radiation with ongoing doses of SurVaxM, a first-of-its-kind immunotherapy that has been engineered to stimulate patients’ immune response to control tumor growth and recurrence.

“In Jeff’s case, he has gone almost 18 months from his diagnosis, and – on his recent MRI scans – we do not see any evidence of cancer growing going back in his brain,”Dr. Ahluwalia

Tabor, from Pittsburgh, Pennsylvania, makes lengthy round trips to Cleveland Clinic’s Ohio headquarters with his wife, Cynthia, to receive the treatment and periodic MRIs to gauge the results.

The father of threesaid: “This vaccine is unique to this particular trial, and all the stars aligned for me to (be eligible) to get accepted into it.

“Dr. Ahluwalia is really encouraged by my progress. Life is good!”

Tabor began having difficulty speaking, reading, and comprehending certain words in early 2017, and was diagnosed with GBM. Doctors performed surgery at a hospital in Pittsburgh to remove the golf ball-sized tumor, which immediately alleviated his symptoms.

Since most GBM patients only survive about 15 to 16 months with standard therapy, Tabor aggressively pursued additional treatment options, which led him to inquire about the vaccine trial, which is in its second phase.

SurVaxM stimulates the immune system to kill tumor cells that contain survivin, a protein that helps cancer cells resist conventional treatments. Preliminary results of the first 55 patients in the SurVaxM trial reveal a 12-month overall survival rate of 90.9 percent from diagnosis and 70.8 percent from first immunization, a vast improvement over traditional treatment alone. Jeff and other patients experienced few, if any, side effects. Researchers now plan to conduct a randomized prospective trial of SurVaxM for GBM patients.

With his oldest son about to go off to college at the University of Texas at Austin, Tabor is looking forward to spending a normal summer of trips to the local pool with his family, while continuing his career as a program manager for Microsoft.

“If you would have told me a year ago that I would feel this great today, I wouldn’t have believed you,” he observed. “Every day has been better than the previous day.”