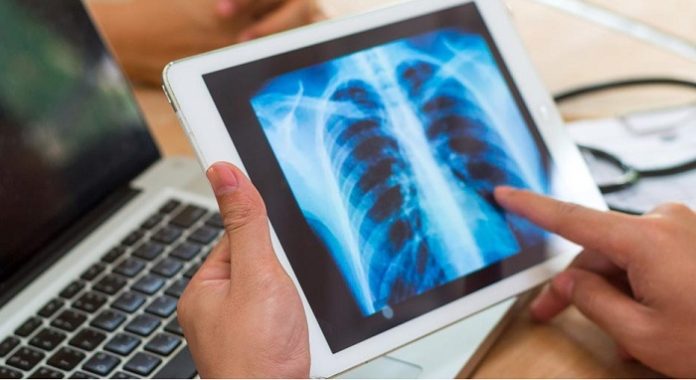 Chronic Obstructive Pulmonary Disease (COPD) is currently the third leading cause of death globally. There are 300 million current cases of COPD in the world. To discuss various aspects of Chronic Obstructive Pulmonary Disease (COPD) and Interstitial Lung Disease (ILD), HEAL Foundation organised a dialogue on ‘COPD and Comorbidities’ in the sixth episode of the weekly health show series – ‘Health4All Online’.

Speaking on Interstitial Lung Disease (ILD), Dr Vivek Nangia, Director & Head, Pulmonology Department, Max Hospital, New Delhi, said, “Once the lungs get scarring (injury in lungs) called fibrosis is found to be irreversible. However, in the case of COVID patients, we have seen in the last one and a half years that this is a unique kind of fibrosis that is developing in COVID patients in the recovery phase and found to be reversible. Initially, we thought that it might not reverse, but it reversed dramatically. Fibrosis is a kind of Interstitial Lung Disease (ILD). This is a blanket term used for over 100 types of such diseases that could cause damage to the lungs.

Dr Vivek Nangia further said, “35% of COPD is due to cigarette and tobacco smoking while 65% of COPD patients are non-smokers. Chronic Obstructive Pulmonary Disease (COPD) is common in low-and middle-income countries including India. The leading causes are the emission of noxious stimuli such as Cigarettes and tobacco smoking.”

Speaking on Interstitial Lung Diseases (ILD), Dr J C Suri, Director, Department of Pulmonary, Critical Care & Sleep Medicine, Fortis Hospital, New Delhi, said, “ILD is a group of heterogeneous lung disorders. They are also called Diffuse Parenchymal Lung Disease (DPLD). In the majority of cases, we do not know the causes. In some cases, like people who are working in coal mines show the clear reason, but in most cases, it is idiopathic (which arises spontaneously or for which the cause is unknown).”

Adding further, Dr J C Suri said, “Sleep and COPD have a bidirectional relationship. Usually, when we sleep, our breathing becomes low compared to when we are awake. But this doesn’t affect healthy people. However, people suffering from COPD, Asthma, and neuromuscular disorders or any chronic respiratory disease of moderate to severe degree get affected. Because of these diseases, our breathing is compromised, and when we go to sleep, our breathing is further compromised. It can also result in respiratory failure.”

He also added, “Patients with COPD are at higher risk of cancer because the factors that cause COPD and cancer are common. When the patients are exposed to biomass fuels and occupational pollutants, the chances of developing cancer increase as cancer takes a long time to develop.”

Speaking on the effects of pollutants like particulate matter, the diseases caused due to it and the relationship between lung and heart, Dr Mohammed Sadiq Azam, Cardiologist, KIMS Hospital, Hyderabad said, “Heart and lung are like brothers as they affect each other if not working properly. The Acute cor pulmonale is a form of acute right heart failure produced by a sudden increase in resistance to blood flow in the pulmonary circulation, now rapidly recognized by bedside echocardiography, is caused by lung disease. If we can treat lung diseases, Acute cor pulmonale can be reversed.”

Dr Azam further added, “Sometimes clots develop in lungs which we call pulmonary embolism, is a fatal disease. But if it is detected on time, it can be treated easily, and the recovery rate of pulmonary embolism is 90-95%. Likewise, when there is a problem in the heart such as heart failure, it can affect lungs too because the blood which comes to heart after getting purified from lungs, gets stuck there and it causes further problems.”