The Brachylophosaurus Canadensis, which is fondly known as “Leonardo,” was discovered in Malta, Montana, in the summer of 2000. Paleontologists from the Judith River Dinosaur Institute used a computed radiography system from Carestream Health, Inc.—the KODAK INDUSTREX ACR-2000i Digital System —to produce spectacularly detailed x-ray images of Leonardo. Because of its power and speed, the ACR-2000i system was able to penetrate the dense fossil material. These images and more will be on display alongside the actual fossilized dinosaur at the museum.

Almost all dinosaur fossils discovered before Leonardo contained no tissue parts at all. Amazingly, Leonardo’s skeleton is almost 90 percent covered in fossilized tissues. The dinosaur is so uniquely mummified that even its stomach and last meal were remarkably well preserved, earning Leonardo the recognition of “Best-Preserved Fossil in the World” from Guinness Book of World Records.

Aided by a team of digital imaging experts from Carestream Health’s Non-Destructive Testing Division, a complete remote digital radiography lab was set up in the field to assist the paleontology team in radiographing Leonardo in the badlands of Montana. The team used the ACR-2000i digital capture system to produce more than 40 detailed radiographic images of the dinosaur fossil, even under challenging conditions in the field.

We were very fortunate be part of such an important scientific discovery. This project offered us a unique opportunity to demonstrate just how versatile our digital imaging system is while uncovering some of the greatest mysteries of plant-eating dinosaurs,” said Steve Mango, Carestream Health’s Worldwide Technical Manager for NDT Solutions.

A Discovery Channel documentary on the life and death of Leonardo will premier in conjunction with the exhibit. The one-hour program, Secrets of the Dinosaur Mummy, will include highlights of the complete discovery and examination of the fossilized remains.

Viewers will be treated to exciting revelations on the 77-million year old dinosaur’s life such as what his last meal consisted of and how his surrounding environment contributed to his death. The program will air on Sunday, Sept. 14, at 9:00 pm ET. Please check your local television programming guides for details.

Carestream Health, Inc., is a leading provider of dental and medical imaging systems and healthcare IT solutions; molecular imaging systems for the life science research and drug discovery/development market segments; and x-ray film and digital x-ray products for the non-destructive testing market. The company was formed in 2007 when Onex Corporation purchased Eastman Kodak Company’s Health Group. For more information about Carestream Health, contact your Carestream Health representative or visit www.carestreamhealth.com 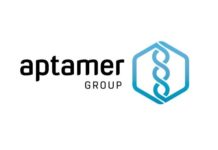