Octapharma USA today announced that the U.S. Food and Drug Administration (FDA) has approved Octaplas, its solvent/detergent treated pooled human plasma. Octaplas is indicated for the management of preoperative or bleeding patients who require replacement of multiple plasma coagulation factors and for patients with coagulation deficiencies due to hepatic disease or who are undergoing cardiac surgery or liver transplantation. 1 The FDA also approved the product for transfusion or plasma exchange in patients with congenital or acquired thrombotic thrombocytopenic purpura (TTP), a rare blood disorder with an incidence of 3.8 per million. 2 Both acquired and congenital forms of TTP are associated with a severe deficiency of an enzyme required to regulate the activity of a large protein, which can contribute to widespread clot formation in small blood vessels throughout the body, in particular the heart, brain, and kidneys. 3 Solvent/detergent treatment is a well-recognized method for reduction of highly infectious enveloped viruses. 4 Octaplas is designed to improve viral safety, avoid transfusion-related acute lung injury and non-hemolytic allergic reactions, and provide standardized levels of coagulation factors equivalent to single donor fresh frozen plasma. 4 Pooling human plasma from multiple donors of the same, specific, blood group (ABO) mitigates the single donor variabilities in essential coagulation factors and immune neutralizing antibodies. 5 Solvent/detergent treatment inactivates enveloped viruses by irreversibly disrupting their lipid coats, thereby reducing the risk of infectivity. As a consequence of plasma pooling, both dilutional effects and the presence of standardized levels of neutralizing antibodies effectively minimize the risk of transmitting enveloped viruses such as Herpes simplex virus-1 and non-enveloped viruses such as Hepatitis A virus (HAV), Hepatitis E virus (HEV), and Parvovirus B 19. 5 Plasma pooling, cell filtration and solvent/detergent treatment may neutralize antibodies against white blood cell antigens and reduce bioactive lipids, known to mediate the development of transfusion related acute lung injury (TRALI),6,7 a severe yet underreported cause of transfusion associated morbidity and mortality, said Anitha Vijayan, M.D., Director of the Acute Dialysis Unit and Associate Professor of Medicine at the Washington University School of Medicine in St. Louis. Over more than 20 years, there have been more than 8 million units of Octaplas transfused internationally, in more than 2.6 million patients, according to Octapharma USA President Flemming Nielsen. We look forward to bringing Octaplas to the U.S. medical community. There have been no reports of Octaplas being associated with TRALI in voluntarily reported adverse events data from all countries where Octaplas is approved.9 The incidence of TRALI from plasma transfusion is not well documented, but has been reduced with the introduction of male-only donors in recent years.10 However, cases are still reported annually through global adverse event reporting systems. 11 Octapharma submitted its Biological License Application (BLA) for Octaplas to the FDA in December 2011. For Octaplas full prescribing information, please visit www.octaplasus.com. About Octaplas Contraindications & Adverse Events Octaplas is contraindicated in patients with IgA deficiency; severe deficiency of Protein S; history of hypersensitivity to fresh frozen plasma (FFP) or to plasma-derived products including any plasma protein; or a history of hypersensitivity reaction to Octaplas. 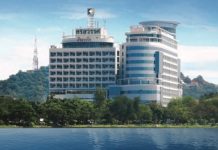