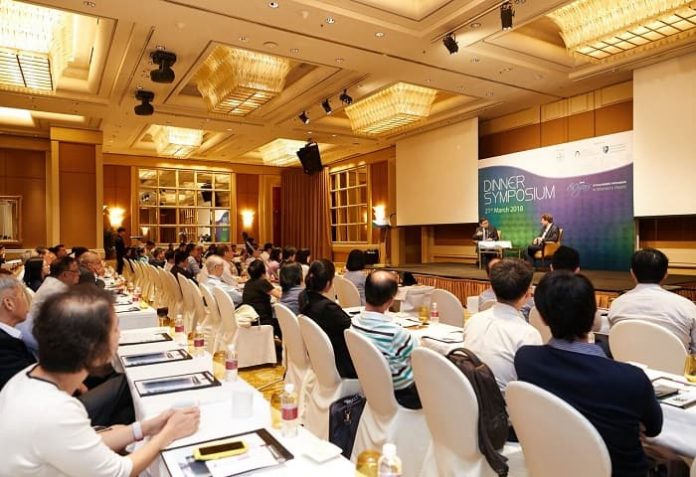 In recent years dienogest2mg, marketed as Visanne®, has been proven in numerous studies in Europe and the United States to be an effective treatment for endometriosis that reduces pain and inhibits the proliferation of lesions with some evidence it induces atrophy in existing lesions.

However until the ENVISIOeN Study (EffectiveNess of VISanne® in Improving quality of life in Asian wOmen with eNdometriosis) there had not been a pan-Asian study that specifically looked at its efficacy for Asian women.

The new ENVISIOeN study has addressed the issue, the study is the first Asia-based study in real world clinical practice to evaluate the effectiveness ofVisanne® in the treatment of endometriosis in real-world clinical practice across Asia. The study was conducted in 35 sites across six Asian countries, namely: South Korea, Thailand, the Philippines, Singapore, Malaysia, and Indonesia. 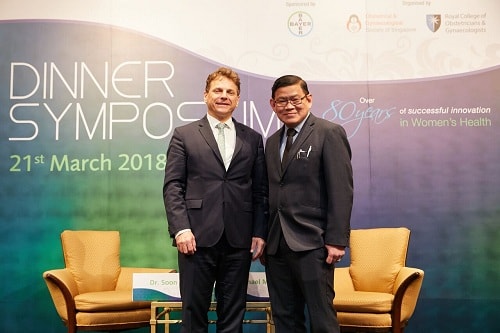 According to Associate Professor KitiratTechatraisak, Head of Gynecologic Endocrinology Unit, Siriraj Hospital, Thailand and first author for the ENVISIOeN study publication at RCOG, “Endometriosis is a chronic and painful disease which affects one in 10 women during their reproductive years. While dienogest has been shown to substantially improve debilitating symptoms such as dysmenorrhea (painful periods) and chronic pelvic pain, and in turn, health-related quality of life, there has been no evidence on patient-reported outcomes reflecting the real-world practice in Asia. ENVISIOeN is the first Asia-based real-world study to address this.”

“Endometriosis places a heavy burden on women in the prime of their lives, causing considerable pain and impacting on everyday aspects of a woman’s life. Results from the ENVISIOeN study represent an important milestone which reaffirms dienogest as a well-tolerated treatment option with the potential to offer women significant and lasting pain relief. This is good news for women living with endometriosis in the region,” said Associate Professor Timothy Lim Yong Kuei, Vice President of the Obstetrical & Gynecological (O&G) Society of Singapore. 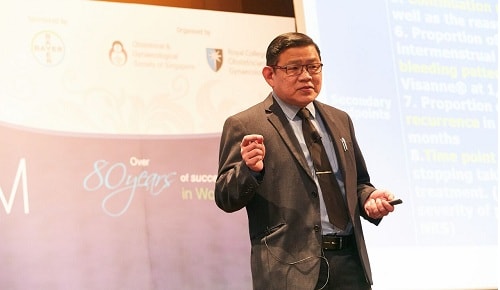 The effectiveness of Visanne® was assessed by using the Endometriosis Health Profile (EHP-30) questionnaire to evaluate HRQoL, and the numeric rating scale to determine changes in the severity of EAPP. The study results showed that Visanne® positively influenced HRQoL, reflected by decreased EHP-30 scores in all assessed domains. Primarily, the “pain” domain was improved by 78.4%. EAPP was effectively reduced (score 0-10, lower scores reflect less pain), highlighted by a mean reduction in pain score of -4.5 points. Patients with higher EAPP score at baseline responded better to treatment (-6.2) than patients with low baseline EAPP severity (-1.4).

Visanne® also showed favourable safety and tolerability profile in the first six months of the study. While drug-related side effects were experienced by 31.5% patients, with amenorrhoea and metrorrhagia being the most common, the majority of patients had recovered and only 5.2% discontinued treatment. The study will continue to assess the safety and effectiveness of Visanne® for the next 18 months to reaffirm its suitability for long-term management of endometriosis in Asian women.

Presenting the ENVISIOeN results at RCOG 2018, Dr Soon Ruey, Consultant Obstetrician and Gynecologist and Head of the Department of Obstetrics and Gynecology at Sabeh Women’s and Children’s Hospital, Kota Kinabalu, Sabah, Malaysia also stressed the importance of long term management of endometriosis:

“The ENVISIOeN study’s focusis on the efficacy of dienogest 2mg for improving HRQoL and EAPP in Asian women but the study is also the longest durationmulticentred study of dienogest to date at 24 months. That is significant because patients with endometriosis require long term management of the condition and the study has shown that dienogest 2mg, due to its favourable safety and tolerability profile, might offer a promising first-line therapy for long-term management of endometriosis-associated pain.”

About the interim results of the ENVISIOeN Study
For the present six-month interim analysis (data cut-off: 2017-11-27), the effect of Dienogest (mean changes of respective scores from baseline to 6 months) was assessed by using the Endometriosis Health Profile (EHP-30) questionnaire to evaluate HRQoL and the numeric rating scale to determine changes in the severity of EAPP in a planned four-week recall period. Treatment-emergent adverse events (TEAEs) and bleeding profiles were documented.

865 (full analysis set) and 510 patients with evaluable primary outcome (efficacy analysis set) were included in the present analysis. Mean age at enrolment was 34.4 years. The most common symptoms of endometriosis at enrolment were dysmenorrhea and chronic pelvic pain. Among 865 patients, 28.6% of women were exclusively clinically diagnosed with endometriosis and 85.1% of 249 patients with available information about stage presented with moderate to severe stage. Treatments prior to Visanne® comprised predominantly surgery, followed by hormonal and/or pain medication.

About Endometriosis
Endometriosis is a chronic, progressive disease where tissue that resembles the lining of the womb (the endometrium) is found outside the womb, forming endometriotic lesions which cause pain and inflammation. These lesions are most often found on the ovaries and other organs within a woman’s pelvis but can also spread to other parts of the body. Left untreated the endometriotic lesions will continue to proliferate throughout the pelvis and possibly beyond and will typically eventually require surgery. There is no cure for endometriosis and treatment of the disease aims to relieve pain, slow the growth of endometriosis, improve fertility (where desired) and/or to prevent the disease from coming back after successful treatment.

Approved for the treatment of endometriosis worldwide, Visanne® is a low-dose, effective and well-tolerated therapeutic option for women living with endometriosis. The progressive nature of endometriosis means women with the disease need to remain on medication for the long term. The unfavourable side-effect profile of older therapies such as GnRH-analogue treatment limits their long-term use.

The efficacy and safety of Visanne® have been tested through a comprehensive development program in patients with endometriosis. Visanne® has also been proven to be superior to placebo and as efficacious at relieving pain as existing GnRH-analogues medications without significant hypo-estrogenic side effects, such as decreased bone mineral density and other menopausal symptoms such as hot flushes and vaginal dryness.

ENVISIOeN Study Conclusion
Dienogest effectively improves HRQoL and EAPP in both clinically and surgically diagnosed endometriosis in Asian women. Due to its favourable safety and tolerability profile, it might offer a promising first-line therapy for long-term management of endometriosis-associated pain.