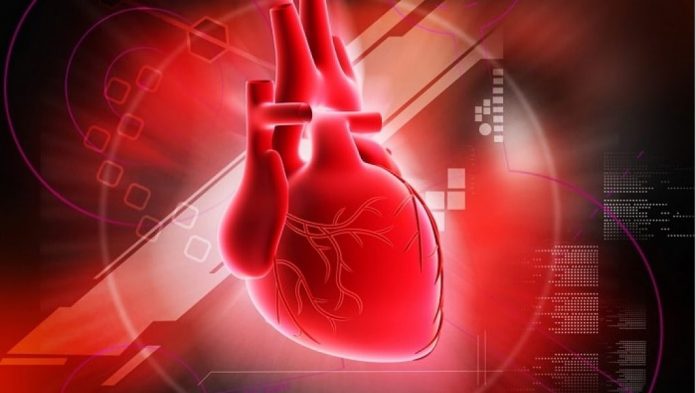 Novartis announced results of the landmark PIONEER-HF trial showing that in-hospital initiation of Entresto tablets provided superior benefit compared to enalapril—a heart failure medication commonly used—in patients with HFrEF who had been stabilized following admission for an acute decompensation heart failure (ADHF) event1. Results were presented as a late-breaker at the American Heart Association’s Scientific Sessions 2018 and published in The New England Journal of Medicine.

Patients on Entresto in PIONEER-HF had a 29% greater reduction in time-averaged N-terminal pro–B-type natriuretic peptide (NT-proBNP) at weeks 4 and 8 (the primary endpoint) compared to enalapril patients (95% CI: 0.63, 0.81; P<0.0001)1. Significant reductions in NT-proBNP were observed in Entresto patients as early as 1 week after treatment initiation1. NT-proBNP is an established biomarker used to assess the severity and determine the prognosis of heart failure4. Notably, the superior NT-proBNP reduction with Entresto was consistent across diverse HFrEF patient populations stabilized following admission for ADHF, including those newly diagnosed with HFrEF, those not receiving an ACEi/ARB treatment and African Americans1.

In a pre-specified exploratory analysis of PIONEER-HF, Entresto also showed a significant 46% reduction in the risk of a composite of death, heart failure re-hospitalization (hospital stay >24 hours), requirement for left ventricular assist device (LVAD) insertion or listing for cardiac transplantation compared to enalapril over 8 weeks1. This result was driven primarily by reductions in death and HF re-hospitalization among patients treated with Entresto1. There were no new safety signals identified1. Entresto is indicated to reduce the risk of CV death or HF hospitalization in patients with chronic heart failure (NYHA Class II-IV) and reduced ejection fraction5.

“The results of this landmark study should help inform our basic approach to treating hospitalized patients with acute heart failure,” said Eric Velazquez, MD, Berliner Professor of Cardiology at Yale School of Medicine and PIONEER-HF principal study investigator. “With the PIONEER-HF trial results—once acute heart failure is diagnosed, patients are hemodynamically stabilized, and a low ejection fraction is confirmed—sacubitril/valsartan should be started promptly to reduce neurohormonal activation and reduce the risk of post-discharge heart failure hospitalization.”

“PIONEER-HF further confirmed the safety and benefit, as reflected in the reduction of an important biomarker, of in-hospital initiation of Entresto treatment in HFrEF patients stabilized following ADHF,” said Shreeram Aradhye, MD, Chief Medical Officer and Global Head, Medical Affairs, Novartis Pharmaceuticals. “Together with data from the PARADIGM-HF study, which demonstrated the superior benefit of Entresto compared to an ACEi on cardiovascular mortality and HF hospitalizations in ambulatory patients, there is now consistent evidence in the in and outpatient settings supporting the use of Entresto. Through the Entresto scientific program, we are reimagining the standard of care for HFrEF patients and the use of Entresto as foundation therapy.”

Patients with heart failure who need to be admitted to the hospital due to decompensation of their disease are at high short-term risk of death or being re-admitted to the hospital2,3. PIONEER-HF showed that Entresto can be initiated in the hospital in these patients safely, once they have been stabilized, with a tolerability profile comparable to enalapril1. Rates of hypotension (low blood pressure), hyperkalemia (elevated levels of potassium) or renal (kidney) complications were similar and there was no greater risk of angioedema in patients treated with Entresto1. There were no new safety signals identified, and the safety profile was comparable to that seen in PARADIGM-HF1,6. These results add to learnings from the TRANSITION study (an open label parallel group design), which explored the initiation of Entresto shortly after patients were stabilized following an acute heart failure episode, both in the hospital and out-patient settings7,8. Initial TRANSITION results were presented at the European Society of Cardiology Congress in August 20187. Additional bio-marker data from TRANSITION will be presented at AHA.

About the PIONEER-HF Trial
PIONEER-HF is a prospective, multicenter, double-blind, randomized, controlled trial designed to assess the safety, tolerability, and efficacy of in-hospital initiation of Entresto compared with enalapril in appropriate, stable HFrEF patients who had been admitted for acute decompensation1,9.

A total of 881 patients, with an average age of 61 years, were randomly assigned to in-hospital initiation of Entresto or enalapril twice daily, following stabilization1,9. Patients were eligible for screening no earlier than 24 hours and up to 10 days from initial presentation while still hospitalized1,9. All patients were treated with the objective to optimize therapy to the maximum tolerated dose based on an SBP-based algorithm1,9. Patients were predominantly male (approximately 72%), and half of patients had a BMI>30 kg/m2 1,9. Notably, more than one-third of patients (36%) were African American1,9. Approximately 34% of patients were newly diagnosed, having no prior history of heart failure, and slightly more than 50% of patients were not receiving ACEi/ARB therapy at the time of admission1,9.

The primary endpoint was the time-averaged proportional change in NT-proBNP from baseline through weeks 4 and 81,9. Patients treated with Entresto achieved a 47% reduction from baseline in time-averaged NT-proBNP, compared to a 25% reduction with enalapril, translating into a statistically significant 29% greater reduction with Entresto over the ACE inhibitor (95% CI: 0.63, 0.81; P<0.0001)1. Significant reductions in NT-proBNP were observed in Entresto patients as early as one week after treatment initiation1. Rates of serious adverse events occurring with a frequency of ≥0.5% were similar between the Entresto and enalapril groups1.

· There were 6 adjudicated cases of angioedema in the enalapril arm (all in African Americans) versus 1 with Entresto (in a Caucasian patient)1.

· Nearly 60% of patients were able to be up-titrated to the highest approved dose of Entresto within 6 weeks1.

In a pre-specified exploratory analysis, the composite endpoint of death, re-hospitalization for HF, LVAD implantation or listing for cardiac transplant occurred in 41 (9.3%) patients in the Entresto group and 74 (16.8%) in the enalapril group (hazard ratio [HR] 0.54, 95% CI 0.37–0.79; p=.001)1. The benefit was driven by reductions in death and re-hospitalization among patients treated with Entresto. The number needed to treat to prevent one such clinical event during 8 weeks of follow up was 131.

About NT-proBNP
NT-proBNP is a biomarker commonly used to assess the severity and determine the prognosis of heart failure4. Levels of NT-proBNP increase when heart muscle cells are subjected to stress (such as stretching) that occurs in people with heart failure4. Studies suggest that HF patients with elevated NT-proBNP are at an increased risk of CV death or HF hospitalization and that reducing levels of NT-proBNP in people with heart failure is associated with a lower risk of these negative clinical outcomes4. Entresto was also shown to reduce plasma NT-proBNP compared with enalapril in the PIONEER-HF and PARADIGM-HF trials1,6.

About Entresto
Entresto is a twice-a-day medicine that reduces the strain on the failing heart. It does this by enhancing the protective neurohormonal systems (natriuretic peptide system) while simultaneously inhibiting the harmful effects of the overactive renin-angiotensin-aldosterone system (RAAS)10,11. Other common heart failure medicines, called angiotensin converting enzyme (ACE) inhibitors and angiotensin II receptor blockers (ARBs), only block the harmful effects of the overactive RAAS. Entresto contains the neprilysin inhibitor sacubitril and the angiotensin receptor blocker (ARB) valsartan5,10.

In Europe, Entresto is indicated in adult patients for the treatment of symptomatic chronic heart failure with reduced ejection fraction10. In the United States, Entresto is indicated for the treatment of heart failure (New York Heart Association class II-IV) in patients with systolic dysfunction5. It has been shown to reduce the rate of cardiovascular death, heart failure hospitalization and 30-day hospital readmission12 compared to enalapril, to reduce the rate of all-cause mortality compared to enalapril6, and to improve aspects of health-related quality of life (including physical and social activities) compared to enalapril13. Entresto is usually administered in conjunction with other heart failure therapies, in place of an ACE inhibitor or other angiotensin receptor blocker (ARB)5,10. Approved indications may vary depending upon the individual country.

About Heart Failure and Hospitalization
Heart failure (HF) is a serious progressive disease with debilitating symptoms. HF patients are at risk of a sudden worsening of the disease that requires urgent care in hospital and it is the number one reason for hospitalization in people over 65 years14. Of the 26 million people worldwide living with HF15, 83 percent of HF patients are hospitalized due to an acute HF episode at least once, and nearly half (43%) are hospitalized at least four times16. Every year, there are approximately one million hospitalizations due to HF in the US and Europe17, and on average, a HF patient remains in hospital for five to 10 days18. Due to this, heart failure presents a major and growing health-economic burden that currently costs the world economy $108 billion every year, which accounts for both direct and indirect costs19.

About Novartis
Novartis is reimagining medicine to improve and extend people’s lives. As a leading global medicines company, we use innovative science and digital technologies to create transformative treatments in areas of great medical need. In our quest to find new medicines, we consistently rank among the world’s top companies investing in research and development. Novartis products reach nearly 1 billion people globally and we are finding innovative ways to expand access to our latest treatments. About 125 000 people of more than 140 nationalities work at Novartis around the world. Find out more at www.novartis.com.

9. Velazquez E.J, et al., Rationale and design of the comparison of sacubitril/valsartan versus Enalapril on Effect on nt-pRo-bnp in patients stabilized from an acute Heart Failure episode (PIONEER-HF) trial. Am Heart J. 2018 Apr;198:145-151.

13. Chandra, A. et al., The Effects of Sacubitril/Valsartan on Physical and Social Activity Limitations in Heart Failure Patients: The PARADIGM-HF Trial. JAMA Cardiol. 2018;3(6):498-505.

Novartis provides innovative healthcare solutions that address the evolving needs of patients and societies. Headquartered in Basel, Switzerland, Novartis offers a diversified portfolio to best meet these needs: innovative medicines, cost-saving generic and biosimilar pharmaceuticals and eye care. Novartis has leading positions globally in each of these areas. In 2017, the Group achieved net sales of USD 49.1 billion, while R&D throughout the Group amounted to approximately USD 9.0 billion. Novartis Group companies employ approximately 125,000 full-time-equivalent associates. Novartis products are sold in approximately 155 countries around the world.