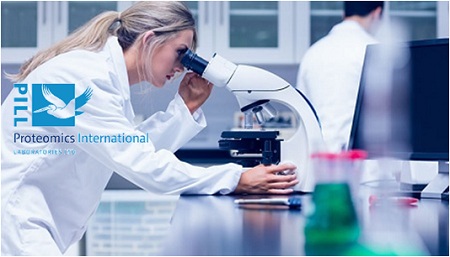 Proteomics International Laboratories Ltd , the leader in predictive diagnostics for diabetic kidney disease, will advance deals with commercialisation partners in Singapore and China this week to bring PromarkerD, which is patented in both countries, to the Asian market.
Dr Richard Lipscombe, PILL’s managing director’s visit comes on the back of a new Frost & Sullivan independent report that identifies PromarkerD as the world leader and says “novel biomarker research is likely to transform the future of obesity and diabetes management”. The respected research house goes on to highlight PILL’s novel test for diabetic kidney disease, called PromarkerD, noting its “high adoption potential” across the Asia Pacific (link to report).
This follows news that the PromarkerD technology has been validated by the peer-reviewed scientific journal EuPA Open Proteomics, the official journal of the European Proteomics Association (EuPA).
Kidney disease is one of the major complications of diabetes and affects approximately one-third of all adult diabetics. Keeping people alive on dialysis costs more than $100,000 per person per year.
Globally the diabetes epidemic cost health systems $673 billion dollars in 2015.
Dr Lipscombe said early detection is key to saving lives and money. “PromarkerD means we can accurately predict if someone will get the disease in the next 4 years so they can take lifestye and medication action immediately to cut their risks.”
PILL is rated at the forefront of using proteomics technology for diabetes diagnostics worldwide, and has already been granted patents for PromarkerD in China, Singapore, Russia, Australia and the USA.
There is currently no available test for predicting the onset of diabetic kidney disease and Frost & Sullivan suggest PILL is one of only two companies worldwide developing such a test. Results have shown PromarkerD can correctly predict 95% of the previously kidney disease-free diabetic patients who go on to develop chronic kidney disease.
Today there are 231 million people living with diabetes in Asia alone, according to the International Diabetes Federation. Worldwide this number is forecast to rise to 642 million people by 2040, and 214 million people are predicted to get chronic kidney disease as a result.
Frost & Sullivan states that novel tools like PromarkerD can allow “enhanced management of obesity, diabetes and related complications in the near future”. “If we can stem this health crisistsunami by identifying and treating people before they are symptomatic we are saving lives, as well as billions of dollars in health costs,” said Dr Lipscombe.
The Frost & Sullivan report titled “Biomarkers Enabling Diabetes and Obesity Management” is available via this link and PILL’s publication, titled “Comprehensive Mass Spectrometry Based Biomarker Discovery And Validation Platform As Applied To Diabetic Kidney Disease”, is available online to researchers around the world (click here for article and a short animation highlighting the key findings).
PromarkerD – a predictive diagnostic test for diabetic kidney disease The EuPA journal article followed evaluation by independent scientific experts and serves to verify the process used to develop and test PILL’s PromarkerD protein ‘fingerprint’ that measures kidney disease in patients with diabetes. This novel test can both diagnose and predict disease.
In diabetic patients already suffering from chronic kidney disease PromarkerD could diagnose the presence of disease that was missed by the current gold standard tests (known as the ACR and eGFR tests).
Critically, PromarkerD can also predict the onset of disease before clinical symptoms appear. In an extension of the published work 576 patients were followed in a four year longitudinal clinical study. PromarkerD correctly predicted 95% of the previously kidney disease-free diabetic patients who went on to develop chronic kidney disease.
About the Promarker Platform
PILL’s diagnostic research is made possible by the company’s proprietary biomarker discovery platform termed Promarker, which searches for protein ‘fingerprints’ in a sample. This disruptive technology can identify proteins that distinguish between people who have a disease and people who do not, using only a simple blood test. It is a powerful alternative to genetic testing.
The technology is so versatile it can be used to identify fingerprints from any biological source. The Promarker platform is also being applied to the asbestos-related cancer mesothelioma, the gastrocausing parasite Giardia (in partnership with a US veterinary company), and endometriosis, a condition that affects one in ten women in their reproductive years.
For further information please contact:
Dr Richard Lipscombe
Managing Director
Proteomics International Laboratories Ltd
T: +61 8 9389 1992
E: enquiries@proteomicsinternational.com
www.proteomicsinternational.com
Susan Fitzpatrick-Napier [Media Contact]
Digital Mantra Group
T: +61 2 8218 2144
E: team@dmgpr.com
Greg Wood [Corporate Advisor]
Managing Director
K S Capital
T: +61 416 076 377
E: g.wood@kscapital.com.au
About Proteomics International Laboratories (PILL) (www.proteomicsinternational.com) PILL is a medical technology company focused on proteomics – the industrial scale study of the structure and function of proteins. In the last few years, proteins have become the drug class of choice for the pharmaceutical industry because of their intimate role in biological systems. Thus proteomics technology is now playing a key role in understanding disease, from finding new diagnostic biomarkers to determining drug targets, and discovering new biopharmaceutical drugs. PILL is recognised as a global leader in the field of proteomics. It received the world’s first ISO 17025 laboratory accreditation for proteomics services, and operates from state-of-the art facilities at the Harry Perkins Institute of Medical Research in Perth, Western Australia. 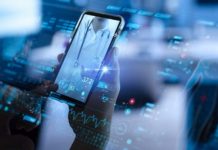