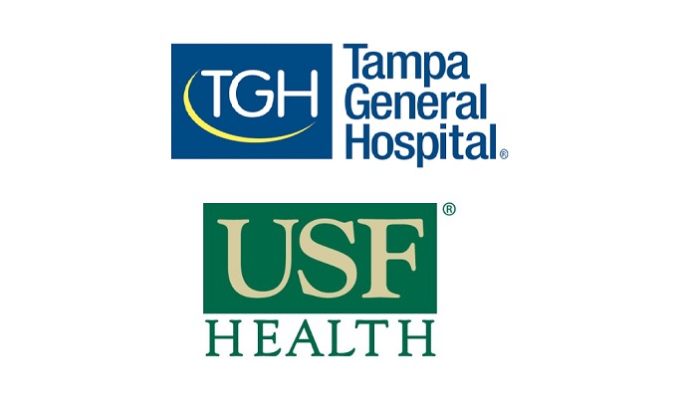 As part of its vision to be the safest and most innovative academic health system in America, Tampa General Hospital and USF Health are the first in Florida to use a ground-breaking procedure for the treatment of central sleep apnea. In this new approach, the cardiologist/electrophysiologist implants a pacemaker-like device under the skin in the patient’s chest with the goal of improving a patient’s breathing during sleep.

Central sleep apnea is a serious breathing disorder separate from the more commonly known obstructive sleep apnea. Central sleep apnea occurs when the brain and the muscles that control breathing no longer communicate with each other and can result in pauses in breathing during sleeping that last anywhere between 10 and 30 seconds. Currently Tampa General is the only hospital in Florida offering the surgery.

“The device is proven to be effective at reducing the number of times breathing stops during sleep,” said Bengt Herweg, MD, FACC, FHRS, professor and director of electrophysiology for the division of cardiovascular sciences in the USF Health Morsani College of Medicine and medical director of electrophysiology for Tampa General Hospital. “Before the introduction of this device, other standard therapies for central sleep apnea such as CPAP (continuous positive airway pressure) machines simply were not effective. Now, 91 percent of patients receiving the treatment experience dramatic improvements in their nighttime breathing and their quality of life.”

Called the Respicardia remed?® system, the device is an implantable pacemaker-like battery pack that stimulates the phrenic nerve, which is in the chest and is responsible for sending signals to the diaphragm to stimulate breathing. The system, which is slightly smaller than a standard size deck of playing cards, monitors the patient’s respiratory signals during sleep. “Once implanted and activated, this pacemaker-like device stimulates the phrenic nerve, which controls the diaphragm and restores a normal breathing pattern during sleep,” said Herweg. Tampa General performed the first Respicardia remed? surgery in December of 2020.

“Central sleep apnea is not caused by upper airway obstruction, like obstructive sleep apnea and snoring does not always occur,” said W. McDowell Anderson, MD, professor and chief of the division of pulmonary, critical care and sleep medicine in the USF Health Morsani College of Medicine and Tampa General Hospital. “It can be a hidden condition and patients may be unaware that they have it, which can lead to potentially serious conditions for the patient,” said Anderson. Central sleep apnea is diagnosed through a sleep study and Respicardia remed? is recommended for those with a moderate to severe case.

The device has been shown to help decrease the impact of heart failure. “Patients with heart failure can experience an improvement in symptoms in as little as six months from the time of activation,” Rinde-Hoffman said.

Respicardia remed? is typically implanted during an outpatient procedure. A few weeks later, the system is activated and patients generally see improvement between three to six months after that.