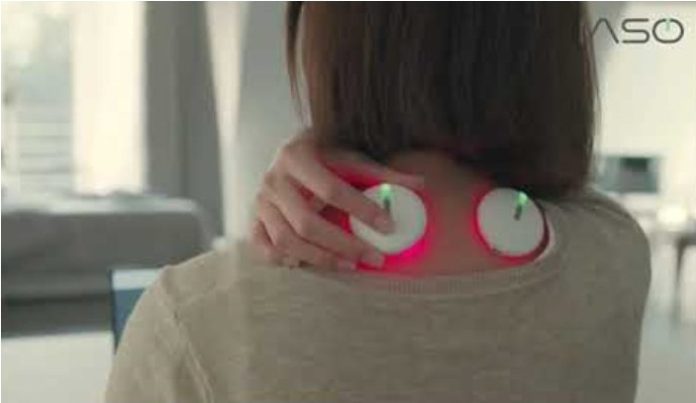 WellsCare recently signed a business partnership contract with Sharaf DG, the largest electronics distributor in the Middle East, and will be launching IASO in August at the Sharaf DG Times Square Centre flagship store.

IASO is the global brand of Epione, a wearable laser pain treatment device that was developed by WellsCare. IASO is a homecare medical device that enables the treatment of diverse painful conditions, such as visual display terminals syndrome (caused by excessive PC/smart phone use) and everyday/sports-related pain (etc.) at home without having to visit a medical facility. The device’s most prominent feature is its use of laser technology, which is commonly used for pain treatment by orthopedic departments and rehabilitative care hospitals, as opposed to low-frequency massage or LED technology.

Sharaf DG has stores throughout the Middle East as well as online sales channels. It is an affiliate of the Sharaf Group, which operates real estate, construction, finance, distribution, and tourism businesses in the Middle East and Africa.

IASO also officially announced that it would soon be opening a store on Amazon.ae, an English-Arabic language e-commerce platform that is owned by Amazon. The products that will be featured in the Amazon.ae store are already finished and at the warehouse, with the store’s official opening scheduled for August. Negotiations are underway for IASO to be sold at Amazon EU as well as at Amazon Japan. If these negotiations are successful, IASO will soon be available in Amazons worldwide (including Amazon USA).

WellsCare CEO Lee Sung-won said, “Our initial foothold in the Middle Eastern market was made possible when Sharaf DG contacted us directly. Our debut on the Amazon.ae platform reflects an increased global demand for home healthcare devices, which can be attributed to the spread of COVID-19. Based on the increased shift toward an ‘untact economy,’ WellsCare will be using our previous success with online sales at Amazon USA as a springboard to progressively enter Amazon platforms in the Middle East, EU, and Japan to expand our global online sales network.”

WellsCare was founded in 2016 by a team of highly proficient and experienced engineers who aimed to introduce innovation in the field of pain management. Headquartered in Seoul, South Korea, WellsCare aims to lead the smart health device market with its advanced technology and innovation.

Born2Global Centre is a full-cycle service platform for global expansion. Since inception in 2013, Born2Global has been setting the standard for successful startup ecosystem as the main Korean government agency under the Ministry of Science and ICT. Born2Global has expanded and transformed startups to be engaged, equipped and be connected with the global market.