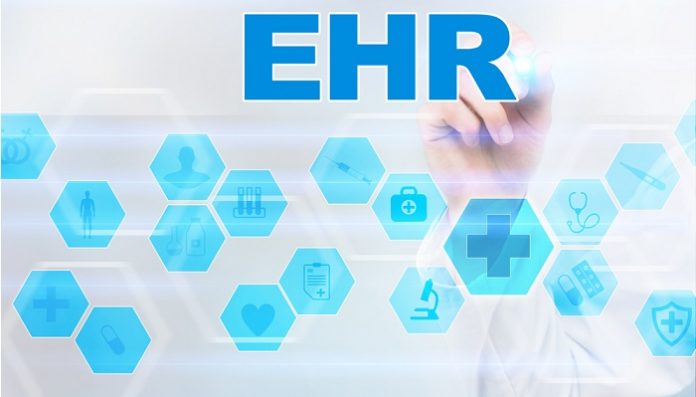 The US EHRmarket has proved fruitful for many IT vendors over the last decade and has seen several vendors, such as Cerner, Epic, MEDITECH, CPSI, athenahealth and Allscripts grow from relatively small origins into, in some cases, multi-billiondollar healthcare IT players. As the EHR market in its traditional forms starts to mature, what are the strategies these vendors are employing to ensure that the growth rates seen over recent years continue?

There are several avenues that the major vendors are following as they attempt to ensure their historic growth continues:

Product Diversification
One example of a vendor that has recognised that product diversification will be required for future growth is Cerner. Whilst the majority (+75%) of its revenues were driven by its traditional core EHR business at the start of the decade, it has now developed its non-core EHR business so that it represented approximately 40% of revenues in 2017.

Its plans over the coming years, if they come to fruition, will mean that its core EHR business will drive less than half of its revenue by the middle of the next decade. This does not mean that it expects its core EHR revenue to fall, it still expects to drive some growth from this business, but that it views a significant proportion of its future growth is tied to new product business and, to a lesser extent, geographic expansion (Note: Cerner stresses in its investor communiques that this is not formal guidance).

Cerner is not alone in this strategy, many leading EHR vendors in the US such as Epic, Allscripts, NextGen, athenahealth and MEDITECH have similar strategies in place. The main areas being focused on forexpansiontypically fall into three categories, population health management (PHM) solutions, revenue cycle management (RCM) solutions,IT outsourcing and, for some, international expansion. Executing on this strategy will be key in determining which vendors remain leaders and which will struggle to drive future growth.
Taking population health management specifically, the below chart outlines the size of the population health market in North America and shows the share that EHR vendors have taken to date.

It shows that already nearly 30% of the North American PHM market is serviced by the EHR vendors. The strategy most have employed has been to upsell their PHM offerings to existing EHR customers. However, this hasn’t been without its challenges.

As the chart illustrates, the share taken by EHR vendors has stayed relatively flat over the last three years (rising from 29% to 30% between 2015 and 2018), a clear indication that many providers are choosing non-EHR vendors to address PHM requirements. Initial EHR vendor product offerings to the PHM market were historically viewed by providers as inferior to those offered by specialist PHM platform providers (e.g. Health Catalyst, Wellcentive (now part of Philips), Enli, i2i Population Health, etc.).

EHR vendors have responded to this partly by investing heavily in internal product development, putting in place well-resourced dedicated teams to support customers with PHM implementations, and aggressive acquisition strategies. Acquisition examples include –

Theseare just a few examples of EHR vendor acquisition activity in the PHM market, but it illustrates the importance EHR vendors are placing on PHM for future growth.Signify Research expects acquisitions of this nature will continue for several years as EHR vendors attempt to increase their PHM market share. If they don’t, overall company growth in the medium term will be limited.

We’ve focused here on PHM, but RCM holds a similar level of importance for EHR vendors in terms of their product expansion strategies. Going back to the Cerner business plan outlined earlier, it expects that a sizable proportion (approximately 25-30%) of the non-core-EHR revenue in 2025 will be driven by its RCM business.Those that have been slower off the mark in terms of product expansion have subsequently suffered financially. MEDITECH saw several years of revenue decline as it failed to move quickly enough in terms of portfolio expansion, something that it has addressed recently, partly supporting its return to growth.

Geographic Expansion
As mentioned above, as well as expansion in terms of product range, several US EHR vendors have focused on international markets to drive future growth. However, the vendors that have had success to-date represent a relatively small group, e.g.Cerner, Epic, Allscripts, McKesson, MEDITECH, but few others. Geographic expansion has not been without its challenges. This is illustrated by the relatively low share of overall business that is driven from international markets by even thosevendors that have made it a priority (e.g. only 11% of Cerner’s 2017 business was international and only 3% of Allscripts’).

The challenges are two-fold. First, overall EHR spendoutside the US is typicallysignificantly lower, resulting in average contract value also being much lower. Second, international expansion results in US EHR vendors entering markets that are often already highly competitive, typically served by a range of local champions. Displacing these local champions, particularly when contract values are lower than they are used to, presents a significant challenge. The figure below gives a snapshot of the international and local EHR vendors operating across the major European markets, often the first region on the list of targets for US vendors looking internationally.

In many countries (e.g. the Nordics, DACH, France, Italy), the number of local vendors is large. These vendors typically have a long history serving regional healthcare providers, and therefore have many legacy installations in place. The potential revenue a US vendor can gain, against the investment needed to displace these incumbents,can be a limiting factor when developing a business case for expansion.

Those that have had success have often done so via acquisition. E.g. Cerner’s acquisition of Siemens’ EHR business, CSC’s (now part of DXC) acquisition of iSoft, Allscripts’ acquisition of Oasis Medical Systems, CGI’s acquisition of Logica. There are few examples of US/International vendors developing new business completely organically in Western Europe, without that first springboard of a local acquisition.

A key takeaway for any US EHR vendor developing medium term growth plans is that while international expansion is certainly one option, the challenges should not be underestimated and for some, it may make more sense to instead focus on product and vertical expansion within the domestic market.

Related Reports from Signify Research
Signify Research will be publishing a new market report in December 2018 examining the Global EHR/EMR Market across both acute and ambulatory settings. The report will provide in-depth profiles of 20 country/regional markets providing market size estimates, forecasts and a competitive vendor analysis for each. It will also examine the market by product, with particular focus on the level of success that EHR vendors are having driving additional business from these adjacent markets such as PHM and RCM. Click here for more information on this report.

Signify Research has also been tracking the population health management market for several years and has recently published market reports on the North American PHM Market and the PHM Market in EMEA, Asia and Latin America. 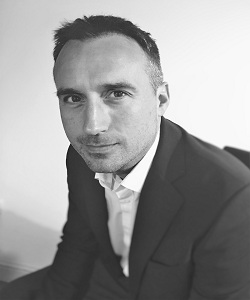 Alex has 21 years' experience in tech market intelligence. He leads on Signify Research’s Digital Health offerings focusing on population health management, EHR/EMR and telehealth. Prior to joining Signify he served as a Senior Research Director at IHS and as a Business Analyst/IT Project Manager in a joint NHS/Government role. In his spare time, Alex enjoys Crossfit, coaching football & supporting Northampton Saints rugby.