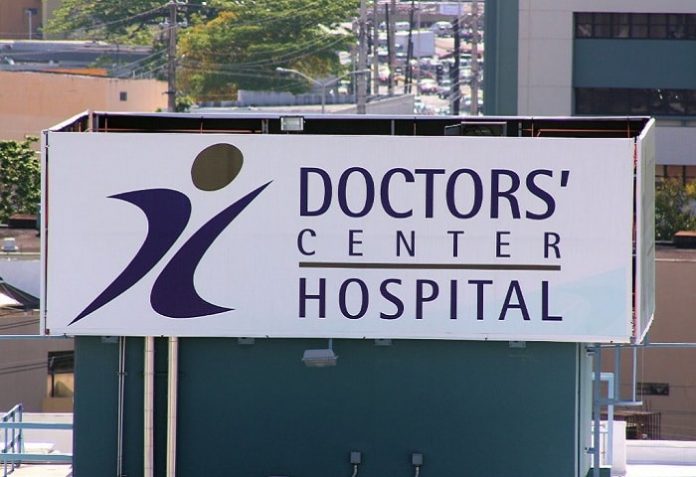 Data lies at the center of Doctors Center Hospital’s strategy to improve its revenues and costs while enhancing patient care. Like many hospitals, Doctors Center has an abundance of clinical, operational, and financial data. Implementing Dimensional Insight’s Diver Platform and Measure Factory helped Doctors integrate all that data and make it trustworthy, leading to better decision-making and improvements in key metrics – even in a crisis.

Background
Doctors Center Hospital is a four-hospital health system with 650 total beds, making it the third-largest health system on Puerto Rico. The organization is headquartered in Manatí, about 30 miles west of San Juan.

Doctors Center Hospital strongly believes in the value of technology, and it is the only hospital in Puerto Rico to reach Stage 6 on the HIMSS EMR Adoption Model. The hospital’s mission is to offer patients health services with quality, commitment, love, dedication, and efficiency.

The challenge
Like many hospitals, Doctors Center Hospital has an abundance of clinical, operational, and financial data that it needs to more readily understand in order to improve decision-making. In 2014, the organization implemented a MEDITECH EHR and as a result, could access much more patient information. However, decision-makers often found that they would walk into meetings and be working with different numbers than their peers. The hospital needed the ability to view data in a more user-friendly way, as well as access to governed data. This would ensure that all stakeholders were looking at the same data in the same way.

In addition, Doctors Center Hospital faces challenges in how it is reimbursed for services. About 30-40% of its payment is capitated, meaning that insurance provides a set payment for services rendered. Insurance companies in Puerto Rico also are trying to steer patients away from obtaining services in a hospital setting in favor of independent provider groups. All of this means that Doctors Center Hospital must be smarter about its revenue and costs and it must work to improve patient care by providing the best treatment. This will, in turn, reduce measures such as average length of stay and read missions. Data lies at the core of this strategy.

The goals
Doctors Center Hospital sought to implement a healthcare analytics solution with the following goals:

Dashboards yield daily insights
Doctors Center Hospital implemented Dimensional Insight’s Diver Platform following an extensive search for a healthcare analytics solution. Pedro Ríos-Mercado, the hospital’s IT director, first looked at the top four vendors in the annual “Best in KLAS” rankings and visited each of their booths at the annual HIMSS trade show.

“Dimensional Insight was the only vendor that talked about data governance and how to achieve that using CMS numbers,” says Ríos-Mercado. “In addition, Dimensional Insight had the most turnkey solution with our MEDITECH EHR and the dashboard was the easiest on the eyes.”

Doctors Center Hospital first implemented an executive dashboard that tracks key KPIs. The organization’s KPIs are provided through Measure Factory, which is an add-on to Diver. They are based on CMS rules – but also are customizable – and provide a standardized way that all departments across the hospital can look at data. The metrics include the census at each facility, the number of admissions, the number of discharges, read missions, average length of stay, and other quality metrics.

“Dr. Blanco looks at the dashboard first thing every morning, and from there he starts asking questions. He also looks at it throughout the day to see how the numbers have changed,” says Ríos-Mercado. “The dashboard is the basis of our decision-making.”

Dr. Blanco says, “As president of a four-hospital system, I need to keep abreast of the daily operations to maximize the resources needed for my business.

The dashboard has been instrumental in allowing the daily overview needed to manage this complex operation, and it gives me immediate access to the kind of detailed information needed to run the operation.”

For the nursing staff, viewing the census on a real-time basis is key to staffing decisions. Amis Reyes, chief nursing officer, says she uses the dashboard to understand the total census and census by floor.

“We previously had to look at nursing logs on paper in order to understand numbers such as census and discharges, and it was very difficult to get the information we needed,” says Reyes. “Now we have real-time information through Diver that enables us to see staff and patient turnover, which helps us make better decisions.”

The nursing staff also uses Diver in conjunction with its MEDITECH EHR to track order sets and make sure providers are following the recommended course of treatment and documenting it correctly. Doctors Center Hospital hopes to expand how the nursing staff uses Diver by building a complete nursing dashboard that will have even more metrics in one place.

Emergency department dashboard
Following the success of the executive dashboard, Doctors Center Hospital decided to implement a dashboard for the emergency department. With a busy ED volume – close to 5,000 patients monthly – it is important that the hospital understands key metrics such as the time it takes for a patient to see a doctor and the total visit time. The hospital has ambitious goals in terms of reducing the total time a patient spends in the ED and this dashboard will help provide important numbers in helping the hospital reach that goal.

Internal auditor Jesús Santiago explains, “The emergency room is the most important department that we have. It’s very useful for us to have all the data right in front of us so we can see how we are doing in each of the areas, and we can compare times among our four hospitals.”

Census numbers in a crisis
Shortly after Doctors Center Hospital got its Diver executive dashboard up and running, Hurricane Irma and Hurricane Maria hit Puerto Rico in quick succession. The hurricanes devastated parts of the island and impacted operations at Doctors Center Hospital’s four locations. In the immediate aftermath of Maria, the hospital had no power and had limited generator capabilities.

Within a few days, Doctors Center Hospital had an influx of patients, but limited staff to help them, as the staff members couldn’t get to work. The Diver dashboard provided some insight.

Now that the ED dashboard is up and running, Doctors Center Hospital will be even more prepared for future crises.

Quick results
Even though the Diver implementation is relatively new, the hospital has been able to see some quick results. For example, once executives could view the census and admissions numbers for each of the four hospitals, they noticed that its hospital in Carolina was admitting patients to the hospital from the ED at a rate that was one-fourth that of the other hospitals.

That prompted an investigation into why. The hospital found that the Carolina facility wasn’t using doctor consults as much as the other hospitals were. Although the facility still has room for improvement, it has since doubled its admission rate from the ED and has improved its daily census.

Doctors Center Hospital is also now better able to understand the metrics it measures and understand which ones best correlate with improvements. As Santiago explains, “Before implementing Diver, we thought that census was the most important metric. It is still very important, but we also realized the criticality of improving the average length of stay (ALOS). It’s important to keep patients here for the appropriate amount of time, but to not go over that.”

Once the executive team is armed with information, they filter it down to the medical director and physicians. From there, the team can start making improvements. In his role, Santiago is also pleased with the real-time data that Diver provides.

“We previously had to wait a long time to report on what happened in our hospitals in the previous month,” says Santiago. “Now we have all of our reports in less than 10 days after the end of the month, which helps us from a financial standpoint.”

What’s next?
Overall, Doctors Center Hospital has realized the value of insight that Diver brings. Now it is working on increasing adoption throughout the organization. Ríos-Mercado says, “If our managers and executives start to understand the meaning of the key performance indicators, and use them on a daily basis as the foundation for their decisions, then we know we have been successful.”

Lessons learned
Ríos-Mercado believes that other healthcare organizations seeking to implement analytics need to consider all the costs of a solution – not just the upfront technology costs. During his vendor vetting process, he asked vendors about the support their solutions would need from his staff. In all cases except for Dimensional Insight, he would have had to hire a data analyst or database administrator in order to build new reports.

Ríos-Mercado says, “When I added all the costs together, the other solutions had a higher total cost of ownership. I wanted to use our knowledge and staff towards the adoption process of the product, not towards having to build and maintain the product. Dimensional Insight allows us to do that and use our resources where they provide the most value.” 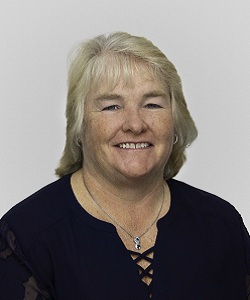 As director of healthcare information for Dimensional Insight, Nora Lissy, RN, BSN, MBA, works with clients on their healthcare BI journey.  She works with them from the start of a project, providing guidance on measures, data governance and overall project implementation.  She works side by side with customers through validation and completion as well as providing insight and guidance for future projects.

Nora has more than 30 years of experience in healthcare settings with a broad experience in various clinical areas. Prior to joining Dimensional Insight, Nora spent several years in clinical finance and data analysis, both as a consultant and as a director. She has also worked as a clinician in various areas of healthcare that include general medical/surgical care, pediatric, adult and trauma emergency care, neonatal intensive care, home IV infusions and school nursing. Nora received her BSN from The Catholic University of America and her MBA from Saint Leo University.

Dimensional Insight® is a leading provider of analytics and data management solutions, offering a complete portfolio of capabilities ranging from data integration and modeling to sophisticated reporting, analytics, and dashboards. Founded in 1989, Dimensional Insight has thousands of customer organizations worldwide. Dimensional Insight’s Diver Platform™ consistently ranks as a top performing analytics platform by customers and industry analysts in its core market segments including healthcare, manufacturing, and beverage alcohol.