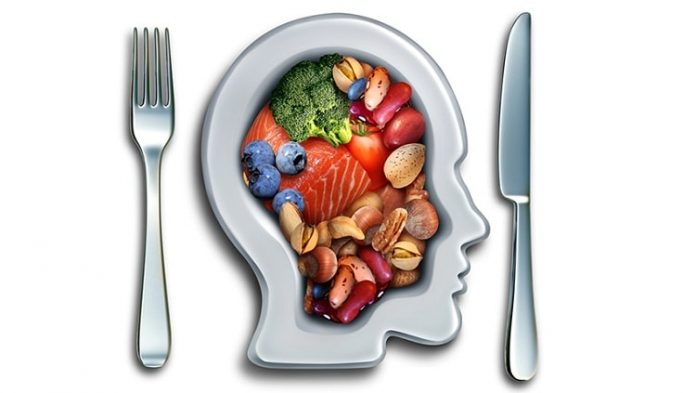 Food is a basic need and a subject of contestation. What we eat is constructed and has cultural, emotional, political and economic significance. As with many other areas of health, explanations for differences in food and dietary related behaviors have revolved around whether the factors that account for these differences are individual (psychological and biological) or collective (social and cultural).1Such explanations, however, suggest that such motivating factors differ significantly amongst people with different educational and income levels.1Findings from behavioral and psychological studies indicate that food decisions are often based more on emotion than rational thought.2

Anxiety and depression, often named ‘common mental disorders-CMD’ because of their high prevalence rates in the general populations, are associated with a substantial loss of quality of life for patients and their relatives, increased mortality rates, high levels of service use, and enormous economic costs.4

Major depression is currently the fourth leading cause of disease burden worldwide, and is expected to rank first in disease burden in high-income countries by the year 2030.5To date, however, there has been little consensus about what preventive strategies would be both effective and feasible to roll out to whole populations.Therefore, prevention programs can be directed:1) at an entire population (universal programs), 2)to only those at high risk (selective programs), or 3)to only those with emerging symptoms (indicated programs).4

Mental health and well-being are influenced not only by individual attributes, but also by the social circumstances in which persons find themselves and the environment in which they live; these determinants interact with each other dynamically, and may threaten or protect an individual’s mental health state.6 Risks to mental health manifest themselves at all stages in life.6Recently, psychological impacts of climate change, ranging from mild stress responses to chronic stress, have been considered among the indirect health impacts of climate change.3 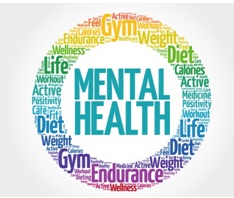 In this regard, the significant overlap between mood disorders and obesity in clinical populations may be the most important to examine. Likely, iatrogenic factors play a role. Many drugs treating CMD are associated with weight gain, whereas some drugs treating obesity-related diseases may induce mood symptoms.7

Morbidity and mortality of obesity and mood disorder:Obesity and mood disorders also share similarities with respect to general medical comorbidity. Clinical and epidemiological studies showed that general obesity, abdominal obesity, and CMD and/or major depressive disorder have each been associated with elevated morbidity and/or mortality from cardiovascular diseases, hypertension, and type 2 diabetes.7

Biology of obesity and mood disorder:No studies have directly compared the biology of obesity or its related diseases with that of a mood disorder. It is noteworthy that a number of biological systems have received fairly extensive study in both conditions. Many of these studies were limited by the fact that either mood (in the obesity studies) or weight (in the CMD studies) was not controlled for. Nonetheless, common biological abnormalities were found including: dysregulation of the hypothalamic pituitary adrenocortical-HPAC axis;dysregulation of the central serotonin, norepinephrine and dopamine neurotransmitter systems; elevated serum leptin levels and C-reactiveprotein;insulin resistance;hypertriglyceridemia; decreased HDL cholesterol;and increased intra-abdominal fat deposition.Such data have led some authorities to suggest that the metabolic syndrome and depression may be related.7

Mental health and Physical activity-PA:While PA can indirectly improve subjective well being and life quality by keeping chronic diseases and premature death away, there has recently been an increasing interest in its direct role in the prevention and treatment of mental health problems.

Several studies and meta-analytic reviews have summarized the potential for PA as: 1)a therapy for clinical orsubclinical CMD, and 2) means of upgrading life quality through enhanced self-esteem, improved mood states and sleep, reduced trait anxiety, and resilience to stress.9

Body image is more closely related to self-esteem than any other single element of self, particularly for females. It is often so central that it influences daily lifestyles, food choice patterns, confidence in public, and for many carries frequent emotional signals that can influence mood. Indeed, PA offers means of improving body image through fat and weight loss and improved muscle fitness.10Sufficient evidence now exists for the effectiveness of exercise in the treatment of clinical depression and in improving mental well being of the general public.9,10 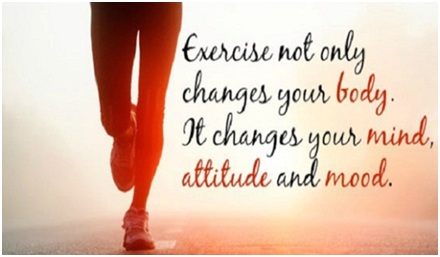 Innovation and adaptability
E-mental health intervention:Food, PA and mental health have been under the spotlight in various studies and how should people be educated about their associations.Prevention programs using E-health interventions provide an opportunity to offer accessible, acceptable, easily disseminated globally low-cost interventions on a wide scale. However, the efficacy of these programs remains unclear.4Thereis inadequate evidence on the medium to long-term effect of E-interventions on the reduction of CMD incidence. Therefore, it would be useful to explore other preventive strategies in E-mental health delivery (e.g. behavioral or mindfulness approaches), particularly those that have shown good effects in face-to-face sessions.4
For instance, many adolescents do not seek help for mental health problems from professional services. The Internet is a viable alternative for the treatment of CMD among youth, particularly given their heightened familiarity with online technology.11

There are a number of potential advantages associated with internet delivered treatments, including increased access to services among those who are not willing to seek face-to-face help; lower cost to the individual and mental healthcare system; increased availability as individuals can access treatment at times and locations suited to them; increased fidelity due to automated delivery; ease of use; and the potential for rapid dissemination.11,12
However, for this potential to be realized, rigorous implementation trials need to be conducted before E-health interventions are integrated into the existing or future mental health systems.11

To date, this has been a largely neglected field of research and represents a significant opportunity for the future.Further work is needed to ascertain appropriate settings for such prevention work and to further explore the impact of E-mental health interventions.

Learn and implication
Mental health promotion and protection:There is no body of knowledge specifically directed at the interaction between diet and exercise in mental health. A better understanding of the relationships among food, PA, mental disorders, general medical illness, and the beneficial and adverse effects of psychotropic drugs on appetite, eating behavior, body weight and body image, and metabolism should improve healthcare professionals ability to treat all determinants of mood disorders. 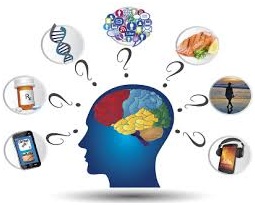 Future studies in this realm should also employ rigorous definitions of food insecurity link to mental health by using longitudinal and mixed-methods designs with representative samples. Identifying the direction of causality is important from an applied perspective.Given the current global food crisis and the recent upsurge of interest in global mental health, such work is timely and crucial.

In short, the range of risks to mental health is wide, thus responses to them need to be multi-layered and multi-sectoral using broad and comprehensive strategies.6A benefit of incorporating findings from food psychology, food marketing and behavioral economics into a framework that can be used to explore new methods of improving individuals’ diets, lifestyles, and physical and mental health is that it broadens the public health policy options.2

Conclusion:
Food and exercise can be effective in improving the mental well being of individuals, largely through improved mood, self-perceptions and global self-esteem.Clinicians should consider the role of adjunctive nutrition interventions in their clinical practices.E-mental Health interventions provide an opportunity to offer accessible and easily disseminated low-cost interventions on a wide scale.Finally, further research into the relationship between food, PA and mental health is greatly needed. 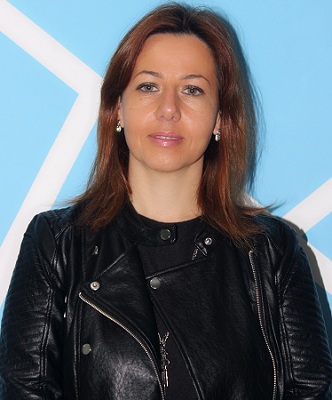 Her researches focus on dietary motivations and behaviors, nutrition policies, food marketing and food psychology; and were honored with highly international awards. She works closely with national ministries and organizations, and international institutions on health projects.She has several publications in scientific refereed journals and book related to community and public health nutrition.She has many talks in national and international health/nutrition congresses. Dr. Hamadeh is also former member of several executive international Scientific Committees and Associations.

Haigazian University was founded in 1955, by the Union of Armenian Evangelical Churches in the Near East-UAECNE and the Armenian Missionary Association of America-AMAA.Inspired by the Armenian Evangelical heritage and following the American liberal arts educational model,Haigazian’s mission is to promote academic excellence;and to prepare its graduates to serve in their respective communities and society at large and to face 21st century challenges in a global context.Haigazian provides quality, personalized education for undergraduate and graduate students; and creates an environment of trust, respect, and non-discrimination for students of diverse backgrounds. For more information, go to www.haigazian.edu.lb