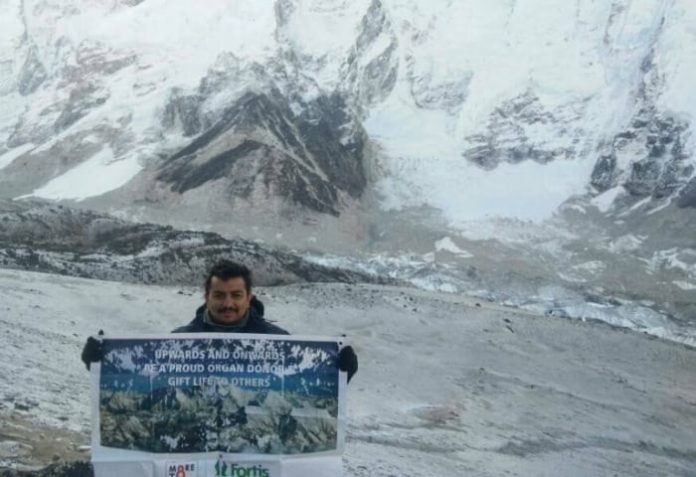 Dr Sandeep Gore, Consultant and HOD, Dept. of Emergency Medicine, Fortis Hospital, Mulund, an Indian doctor scaled Kalapathar at 5545 meters to promote the cause of Organ Donation at the world’s tallest peak. Let alone scaling to the summit, reaching the base camp of the exalted Mount Everest is no easy feat.

Every trekker in the world will agree with this. On the 16th of May, Dr. Sandeep Gore scaled Earths highest mountain peak, the Everest base camp at 5364 meters and further climbed up to Kalapathar peak at 5545 meters with the aim to promote the cause for Organ Donation. The mission was fueled by an impetus coming from the fact he’s witnessed patient death caused due to lack of organs, leaving the patient, their caregivers and family broken.

The next morning, Dr Gore and his team started moving towards Lobuche to Gorakhhep scaling the Everest base camp. After 10 days of rigorous trekking and intense acclimatization, the team reached the base camp on 15th May. On 16th May, the team headed by Dr Gore reached ‘Kalapathar, a point beyond the base camp, nestled at an altitude of 5545 meters. Dr Gore, along his trekking route, spoke to locals, smaller communities, fellow trekkers etc. about Organ Donation. 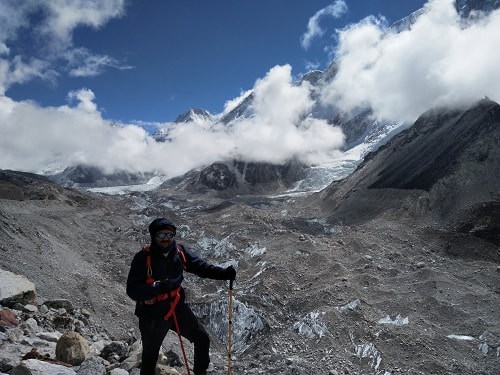 Proper training is required before commencing on a high altitude trek; 18 years of trekking experience helped Dr Gore lead this. 4-5 months prior to the trek, he underwent intense aerobic training to increase his Lung efficiency, this comprised of elliptical training in the gym, trekking, swimming and running. Breathing exercises were also done to booth Lung capacity. While heading to Dingboche – Lobuche and Lobuche – Gorakhhep the team witnessed heavy snowfall which made the trek even more challenging.

It is considered that after one cross 3000 meters on the peaks, the oxygen level starts falling and the air becomes thin. With the Oxygen pressure falling to 50% at 3000 meters and about 35% after 5000 meters, putting immense pressure on the Lungs. Such a situations lead to developing of high altitude mountain sickness which are of two types (1)High Altitude Pulmonary Edema – a life-threatening condition where excess fluid develops in the lungs, so person cannot get enough oxygen to function normally.

It is a very fetal state, and if not recognized rapidly, the patient could die and (2)High Altitude Cerebral Edema – a condition in which the brain swells and ceases to function properly. One of Dr Gore’s team members, a 28yrs old male suffered from High Altitude Pulmonary Edema, his oxygen levels dropped to 45%, which is considered as a life threatening condition, but the doctor had carried the necessary medicines and medical equipment to tackle the situation and intervention was quickly provided; he was then airlifted to Katmandu.

Sharing his purpose and experience of the trek, Dr Sandeep Gore, Consultant and HOD, Dept of Emergency Medicine, Fortis Hospital, Mulund, said, “It is important to undertake such tasks if your mind is set on a goal that impacts many. Being a doctor, I have witnessed loss of many lives due to the lack of organs. It provoked me to take a different approach, taking the life-saving cause to the highest peak in the world”.

About Emergency Medicine:
Emergency medicine is the medical specialty dedicated to the diagnosis and treatment of unforeseen illness or injury. It encompasses a unique body of knowledge as set forth in the “Model of the Clinical Practice of Emergency Medicine.” The practice of emergency medicine includes the initial evaluation, diagnosis, treatment, coordination of care among multiple providers, and disposition of any patient requiring expeditious medical, surgical, or psychiatric care. 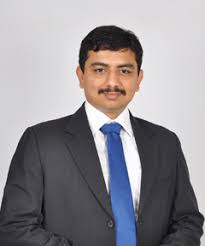 Fortis Hospital, Mulund, the first hospital in South Asia to receive the coveted Joint Commission International (JCI) accreditation, is known for its clinical excellence in multiple specialities, including Cardiac Sciences, Orthopaedics, Oncology and Neuro Sciences among others. The hospital has carved a niche for itself in the organ transplants space, especially heart transplants, with over 45 cardiac transplants conducted thus far. The first heart and lung transplant was also successfully conducted at the hospital, heralding the beginning of a new chapter in the hospital’s glorious history.