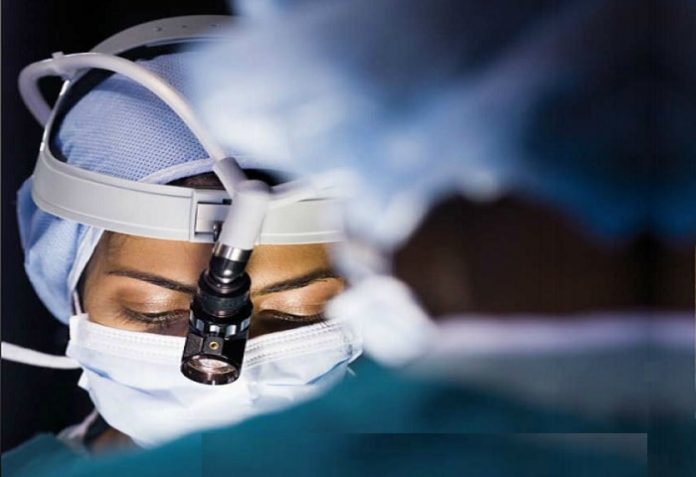 Since its inception, the NHS has played an integral role in improving and saving the lives of millions in the UK. But on the brink of a crisis, the NHS stands in need of urgent restoration. We take a look at the measures to be put in place to help reinstate a vital link in the delivery of healthcare. It is no secret that the UK’s National Health Service (NHS) is in need of drastic reform.  Here, Colin Russell, Healthcare Specialist at Schneider Electric, examines some of the dilemmas currently facing the NHS, and explains how innovative partnerships could save the institution millions of pounds, while revitalising its potentially unsafe estate and reducing carbon emissions.Launched in 1948 with the aim of providing good healthcare to all, regardless of wealth, the NHS is the world’s largest publicly funded health service.  In the UK people rely on it to improve their health and well-being, to make them better when they are ill and, when they cannot fully recover, to keep them as well as possible to the end of their lives.

However, the NHS is currently dealing with some very tough challenges, in that it needs to become more operationally efficient, improve its estate and make carbon savings.

There is a massive amount of work to do but Schneider Electric believes that by adopting a creative and radical approach to the problem, via partnerships, a great deal can be achieved.

As Andrew Lansley, the Secretary of State for Health, said in July 2010: “All those who work on the frontline should be thinking carefully, and imaginatively, about how we can do things differently.”

So, let’s consider the dilemmas facing the NHS – and the solutions that partnerships can deliver.

The most significant challenge facing the NHS is that, as a result of recent budget cuts, it needs to make operational changes to save money and become a more efficient organisation.

Historically, NHS’ funding has increased by six per cent year on year in line with expenditure, enabling the service to just about balance its books.  However, as part of the UK Government’s comprehensive spending review, brought in to reduce the country’s multi-billion pound debt, NHS’ funding has been cut.

So, drastic changes are necessary.  In fact, in order to continue delivering sufficient patient care and balance its books, it’s estimated that by 2014, the NHS needs to achieve an unprecedented efficiency saving of £20 billion. 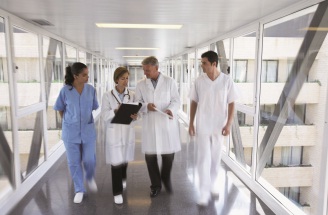 the challenge, is the mounting pressure on the service to deliver better quality of care and a more responsive service.  Britain has a growing, ageing and unhealthy population – resulting in an increased demand for services thereby putting a huge strain on the NHS resources.  People expect to live longer and the NHS often pushes the limits of science to make this possible.

The number of people using the NHS is huge. Currently, it deals with, on an average, one million patients every 36 hours –  approximately eight people per second.  It is estimated that our population will increase by 10 per cent by 2030 to over 71 million, which will put further pressure on a service which is already struggling.

It is recognised that rejuvenating environments hasten patient recovery. Thus arises another problem for the NHS estate which requires ample consideration. It is critical to the patient experience as it can have a direct impact on the health of patients and their physical safety.

Section 2(a) of the NHS Constitution says the NHS commits to ensure that services are provided in a clean and safe environment that is fit for purpose, based on national best practice – but whether this can be said of some of the buildings in use is debatable.

The main problem is the age of the estate’s buildings.  In recent years, over 100 new hospitals have been built with the help of Private Finance Initiatives (PFIs), but these modern buildings are a minority.

A fifth of the building stock actually pre-dates the NHS’ foundation in 1948 (one clinical building which is still in use was built in 1735) – and is not fit for purpose.  Around 17 per cent of overall NHS occupied space is not functionally suitable for care or clinical needs.  In 30 UK hospitals 50 per cent of the space is not suitable, and one hospital accounts for a figure closer to 83 per cent.

Ageing buildings pose big risks.  Therefore, the cost of maintaining the NHS estate is very high.  Each year, £20 billion is spent on the NHS buildings, equipment and training – the third largest expenditure after staff and drugs.  It is estimated that the figure for backlog maintenance is around £5 billion, and this is only going to skyrocket unless necessary measures are put in place.Of course, in addition to poor infrastructure, the NHS has energy efficiency targets to contend with too.  It has its own carbon reduction strategy in place, coupled with the burden of the CRC (Carbon Reduction Commitment) Energy Efficiency Scheme, which is essentially a carbon tax designed to reduce consumption and emissions.

Hospitals are complex environments, and the UK is home to some of the highest energy users by building type.  Operating the largest single estate in Europe and having increased its carbon footprint by 40 percent since 1990, the NHS is the largest public sector contributor to climate change and produces over 18 million tonnes of CO2 per year in England.

The NHS clearly needs to achieve some large-scale improvements and create innovative solutions. Assistance from the private sector can also be of immense help.  Obviously new buildings are not, at present, a priority for the NHS, but the renovation and refurbishing of existing buildings will go a long way in improving the current scenario.

For example, Schneider Electric has recently formed a partnership with Taunton & Somerset NHS Trust in the South West of England, signing a deal for a performance contracting project to improve Musgrove Park Hospital, Taunton. 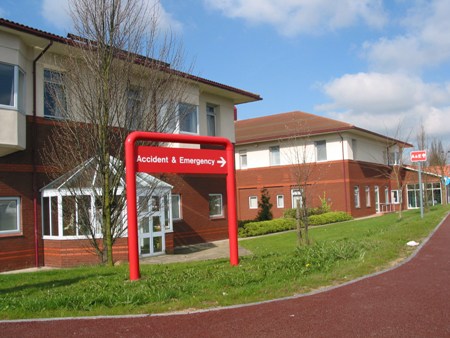 Following a detailed energy audit in 2010, a refurbishment programme has been developed in close consultation with the Hospital Estates Department.  It incorporates around 180 individual measures across the site, and the benefits are huge.  Over £2.5 million of estate backlog maintenance is being tackled, thereby minimising significant operational and financial risks.  Carbon emissions will be reduced by 43 per cent – putting the Trust at the forefront of the UK public sector carbon management.

This project is the first of its kind in the Healthcare Sector and Schneider Electric believes it will mark the beginning of a radical change in the way the NHS Trusts improve, maintain and formulate energy savings in their building stock.

The Trust is not required to pay for any of the work upfront; the capital is provided by Schneider Electric and the project will be largely self-financed by the energy savings that will be achieved.The project is expected to take two years to be implemented, but once completed, Schneider Electric will remain involved for 10 years.  There is a performance guarantee in place, based on a percentage decrease in energy units (MWh) against fixed targets.

Above all, the project will be cash-flow positive in every year of its 20-year life span, being largely funded by guaranteed energy savings – estimated to be over £750,000 per annum (rising with utility inflation).  So, by creating more efficient and greener energy,  Schneider Electric will help the hospital to improve its financial performance.

The project is expected to generate a net operating cash surplus of £17 million over 20 years, and to free up £2.5 million of budgeted capital expenditure to spend on other Trust priorities, such as further improvements to the patient environment and new medical technologies.

In a project of such nature, Schneider Electric would work closely with the Estates Department to devise an improvement programme that delivers the best value for money and maximum efficiency.Initially,an in-depth analysis of the equipment on-site would be carried out.  If the existing equipment was found to be ageing, inefficient or in need of replacement, Schneider Electric would opt for the most efficient approach, which could be a combination of traditional equipment and renewable, low-carbon products such as Photovoltaic (PV) solar power, solar thermal hot water and CHP (Combined Heat and Power).

By using innovative solutions, the NHS infrastructure can be revitalised and huge financial and energy savings can be achieved, while making the environment more comfortable and safe for patients.  Schneider Electric estimates that if similar measures to those discussed in this article were replicated across the entire NHS estate, it could result in energy savings of over £200 million a year.  Delay in taking action brings no benefits – the NHS would incur more expenditure.

Colin Russell is Schneider Electric’s country segment manager for healthcare, and leads the company’s healthcare segment for the UK and Ireland. Colin has 25 years’ experience in sales, operations and management. Most recently he has been heavily involved in PFI (Private Finance Initiative) hospitals, where he has built up a wealth of knowledge in healthcare. He holds a Master of Business Administration (MBA), and is an Associate of the Chartered Institution of Building Services Engineers, an Engineering Council Incorporated Engineer and a member of the Institution of Mechanical Engineers.

Schneider Electric is leading the Digital Transformation of Energy Management and Automation in Homes, Buildings, Data Centers, Infrastructure and Industries. With global presence in over 100 countries, Schneider is the undisputable leader in Power Management Medium Voltage, Low Voltage and Secure Power, and in Automation Systems. We provide integrated efficiency solutions, combining energy, automation and software. In our global Ecosystem, we collaborate with the largest Partner, Integrator and Developer Community on our Open Platform to deliver real-time control and operational efficiency. We believe that great people and partners make Schneider a great company and that our commitment to Innovation, Diversity and Sustainability ensures that Life Is On everywhere, for everyone and at every moment.