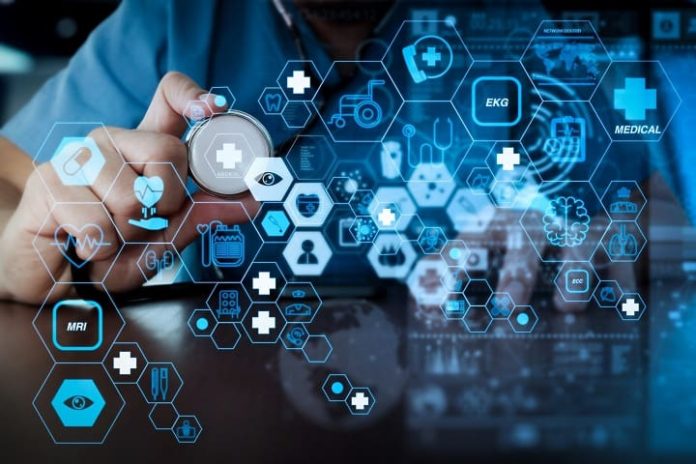 Even in the middle of the 20th Century much healthcare took place in the home – childbirth, even surgery like appendectomies. There was no medical record. No data. And post-operative care was by family and neighbours.

The second part of the 20th Century saw the emergence of the hospital as the setting of much care and the locus of the rapidly advancing technology that enabled ever more complex and intensive care.

And in the last quarter of that century we started to see electronic systems that generated and stored the data necessary for what we now think of as modern medicine. This included the development of the electronic medical record to document care and organise the data of individuals. Those systems existed almost exclusively in hospitals and large clinics.

Those data standards developed in the late 1980s are still in use today – and they aren’t going away any time soon. They were developed around the data systems in hospitals and clinics and, therefore, were designed to capture the data that was produced in these settings, and to identify the producers and consumers of that data: the healthcare professionals and supporting staff who delivered care in those institutions.

The systems in a particular hospital or clinic were for the most part unaware of the identities and attributes of clinicians and caregivers outside that hospital. Family members and social contacts were recognised by their biological or legal relationship to the patient, but any role they might have as a member of the patient’s care team was not captured.

Now, we are two decades into the 21st Century. The changes in the domain of healthcare delivery are profound. Over the past decade there has been a cataclysmic increase in the amount and sources of data created in healthcare.

Most of you are likely aware of the observation that well over 90 percent of the electronic healthcare data in existence has been created in the first half of the past decade and the total data doubles every two years. That data is increasingly being created outside the electronic systems in acute care hospitals and ambulatory clinics for which our healthcare data standards were created.

Arguably, the majority of care is once again being delivered outside traditional healthcare settings in the home and in residential long term care facilities, by telehealth and as virtual care. Admittedly, surgery in the home has not returned, but the level of technology for care in the community and in the home is advancing rapidly.

Home devices for monitoring patients, mobile and wearable devices that capture and transmit health data, therapeutic devices that were once used only in hospital settings, genomic sequencing labs and other diagnostic testing available to consumers independent of any healthcare facility or provider are all part of today’s healthcare data landscape. And much of the data generated was not envisioned by the existing healthcare data standards, nor were many of the human roles responsible for capturing, exchanging and using this data.

Even FHIR treats much new data as an “exception”

A decade ago, HL7 International began the development of a revolutionary data standard we now know as Fast Healthcare Interoperability Resources, HL7 FHIR. The FHIR standard was based on the concepts of web development that create an architecture for secure online data access across many electronic systems and devices.

This technology is now widely accepted as the future of healthcare data interoperability. There is, however, a profound limitation of the FHIR standard to be fit for purpose for this interoperability of the 21st Century. That limitation lies in the guideline in development of the FHIR standard specification that calls for data represented in FHIR to be that data which is represented in 80 percent of existing electronic systems. That would be the same systems for which our 30 year old legacy data standards were developed around.

What does this mean? It means that an increasing portion of data generated in health and healthcare today, data that is often generated outside of traditional healthcare institutions and settings, is treated as an exception. Data such as genomic sequencing, data from the Internet of Things, data from social media and social systems, geolocation data, data from specialised diagnostic systems and from clinical trials and research is not captured by the “existing systems” of a decade ago.

Family and community members not represented 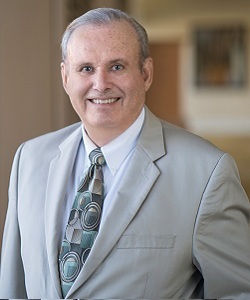 With an engineering background and over 20 years of medical practice, Dr. Russell Leftwich is Senior Clinical Advisor, Interoperability, for InterSystems and Adjunct Assistant Professor of Biomedical Informatics at Vanderbilt University School of Medicine. He is board certified in internal medicine and clinical informatics. Follow him on Twitter at @DocOnFHIR.

InterSystems is the information engine that powers some of the world’s most important applications. In healthcare, finance, government, and other sectors where lives and livelihoods are at stake, InterSystems has been a strategic technology provider since 1978. InterSystems is a privately held company headquartered in Cambridge, Massachusetts (USA), with offices worldwide, and its software products are used daily by millions of people in more than 80 countries. For more information, visit InterSystems.com 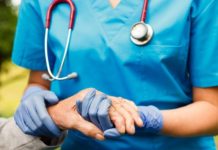