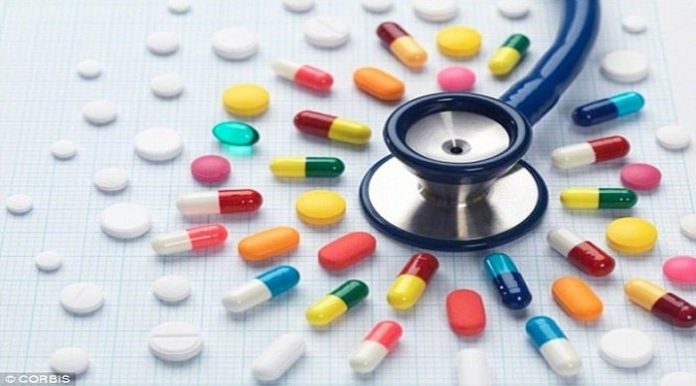 The U.S. is expected to account for around one-third of the total share in the global benzodiazepine drugs market by 2026. Growing prevalence of anxiety in parallel with rising awareness regarding benzodiazepine drugs is reflecting on increasing opportunities for players in the U.S. market. As per a report by the Anxiety and Depression Association of America (ADAA), each year, over 40 Mn adults in the U.S. suffer from anxiety disorders.

Presence of a large number of hospital and retail pharmacies further makes it easy for individuals to purchase benzodiazepine drugs. A significant influence of high concentration of leading players is also auguring well for the U.S. benzodiazepine drugs market, which has been discussed in detail, in a recent Fact.MR study. 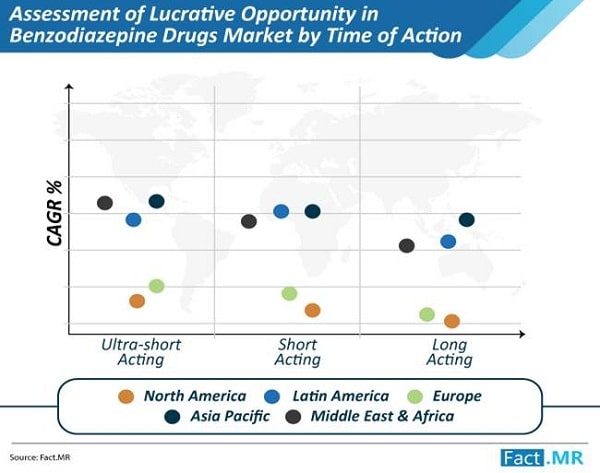 The benzodiazepine drugs market features fragmentation, as leading players operate under the constant pressure of patent expiration of branded products. High investments made towards the development of innovative and new products by leading players intensifies pressure to achieve the desired RoI. For instance, in 2017, F.Hoffmann-La Roche AG invested around one-fifth of the total revenue to strengthen the pipeline of innovative products. Stringent regulations on innovative drugs further make it difficult for leading players to gain desired marketability.

Fact.MR, in its new offering, brings to the fore an unbiased analysis of the global benzodiazepine drugs market, presenting historical demand data (2016-2019), and forecast statistics for the period of 2020-2026. The study divulges compelling insights on the benzodiazepine drugs market on the basis of distribution channel (hospital pharmacies, retail pharmacies, and others), time of action (ultra-short acting, short acting, and long acting), application (anxiety, seizures, insomnia, alcohol withdrawal, and others), and product (alprazolam, clonazepam, diazepam, lorazepam, and others), across five major regions.

For More Information about this Report, Visit: https://www.factmr.com/connectus/sample?flag=S&rep_id=4432