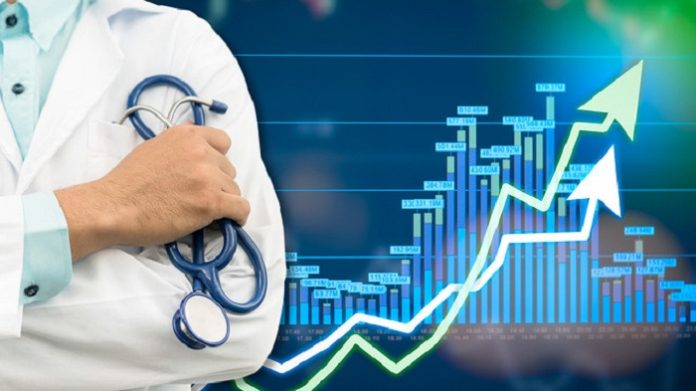 SuperTrans Medical , a privately held biopharmaceutical company with initial focus on the discovery and development of novel antibiotics, announced that leading South Korean biopharma Mediforum Pharm will make a $2M investment in SuperTrans. In return, Mediforum will collaborate with SuperTrans in the manufacturing and commercialization of SuperTrans’ products in Asia, including South Korea, China, and Japan. Additionally, Mediforum will fully commit and support SuperTrans’ future drug development programs.

The SuperTrans technology was discovered by chemists Prof. Paul A Wender (Professor of Chemistry, School of Humanities and Sciences, and by courtesy, of Chemical and Systems Biology Stanford Medical School, Stanford University) and Prof. Lynette Cegelski (Professor of Chemistry, School of Humanities and Sciences), both on the Scientific Advisory Board of the company. Professor Wender’s guanidinium-rich, molecular transporter technology, inspired by nature, is licensed from Stanford University by SuperTrans Medical and its partner, Mediforum. This technological approach could help bridge a gap to deliver urgently needed antibiotics to thwart multi-drug resistant bacterial pathogens.

In addition, SuperTrans is completing candidate assessments for the treatment of COVID-19 based on its transporter technology. The candidate compound will be aimed in preventing both viral and bacterial pulmonary infections. The company is currently preparing its drug development program.

Mediforum is a Seoul-based pharmaceutical company which is specialized for researching and developing novel drugs against neuro-degenerative disease such as Alzheimer’s disease and Parkinson’s disease. “SuperTrans Medical is thrilled to partner with Mediforum as our lead strategic investor. We are looking forward to a long-term partnership to further develop and commercialize the SuperTrans technology,” commented Lewis F. Neville, CEO of SuperTrans Medical. “In a short period of time, we have made significant inroads into the design and evaluation of different FDA-approved antibiotics that were conjugated to the company’s unique transporter technology. This has already resulted in the identification of a number of compounds worthy of late stage development. Mediforum has identified the strength of our platform technology to improve the properties of existing FDA-approved antibiotics. Mediforum’s investment will allow a lead antibiotic-conjugate to enter Phase 1 testing within 12-15 months.”

“We are delighted to invest in SuperTrans. We have been impressed by their rapid progress during the last number of months that has culminated in the development of a number of lead compounds. We believe that their transporter technology can represent a paradigm-shift for the accelerated development of much needed antibiotics into human trials. Mediforum will proactively play its role as a strategic partner through the co-exchange of all research and development efforts. Although SuperTrans’ technology is at a relatively early stage of development, we anticipate the launch of a new generation antibiotic for testing will be relatively fast. This is because the technology can be easily conjugated to existing FDA-approved antibiotics,” commented Mr. Park Jaehyung, CEO of Mediforum. “Furthermore, SuperTrans is strengthening its pipeline through its support of Stanford University and other scholars. Also, SuperTrans is preparing for a Hong Kong IPO in 2022, which is highly attractive for Mediforum,” further commented Mr. Park Jaehyung.

SuperTrans Medical is a biopharmaceutical company developing novel antibiotics by improving the properties of existing, FDA compounds following chemical conjugation to a unique transporter technology called Guanidinium-Rich Molecular Transporter (GRMoTr). A main obstacle in the development of effective antibiotics is to effectively overcome the structural complexities of the outer bacterial membrane. This is particularly pertinent for Gram-negative bacteria. The GRMoTr bestows upon antibiotics, a vastly improved capability to breach the outer membrane and effectively eradicate Gram-positive and Gram-negative pathogens including multi-drug resistant strains.

Mediforum Pharm is a brain healthcare specialized pharmaceutical company that discovers and develops treatment for degenerative brain diseases such as Alzheimer’s and Parkinson’s diseases among others. Currently, the company is aggressively expanding its R&D pipeline together with its rapidly growing prescription drug sales. Furthermore, Mediforum is actively engaging with overseas research institutes in order to expand operations beyond domestic borders and penetrate the global market.