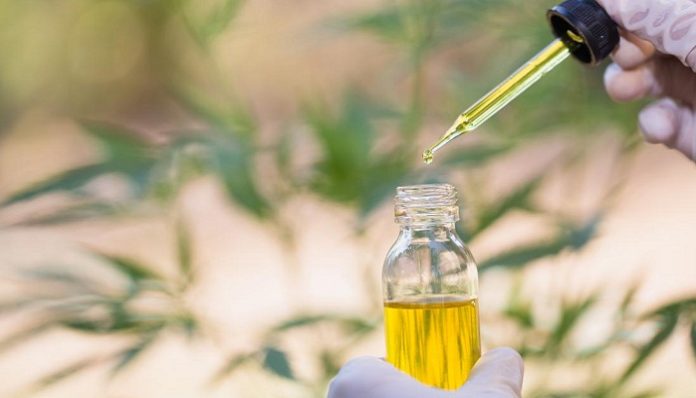 CBD or in other words, the cannabinoid is a popular chemical that’s made out of the cannabis plant. It’s an organic part of this plant, making the product generally organic and good to use. But what is it used for and what are the benefits of using so-called cannabinoids? Unlike popular beliefs and strong connotations to weed, cannabinoid oil and pills do not make you high or have any hallucinogen effects. So it’s safe to say that even people who don’t recreationally use marijuana, opt for using this kind of alternative for more than one reason. So here are 6 medical benefits of cannabinoids for people!

Unfortunately, we live in a society where a lot of people are under pressure to live a fast life with lots of stress, this can lead to a lot of mental problems like anxiety and depression. But there is a strong link between cannabis and anxiety, that can ease the symptoms and make your life a lot easier. Generally speaking, cannabis works as a calming, suiting drug that can be consumed in more than one way, but not a lot of people can and want to consume it recreationally and for medical reasons. That’s why a lot of anxiety-driven people opt for a more subtle but effective approach like using cannabinoid pills to treat their symptoms! This is also used to treat other mental illnesses like schizophrenia to suit the side effects, while people with insomnia use it to relax and fall asleep better – so it’s safe to say that it’s pretty beneficial for mental and physical wellbeing!

Ween has been around for centuries, and it’s not called the wonder plant without a good reason! People have always used it to relieve pain. A lot of people of all ages suffer from some sort of chronic pain, and it can be difficult to live with it every day without relying heavily on painkillers and prescription drugs. So many have been opting for CBD instead in their fight against pain! cannabinoids works on a molecular level, they can register and impact the chemical within the human organism and influence them, so this alone can lessen chronic pain. Generally speaking, cannabis works best as a relaxer, both with the body and the mind, so it naturally eases up your body, especially the inflammation that can occur after injuries or due to certain diseases!

Cannabis has been in medical use for some time now, helping patients battle various symptoms and side effects of their illnesses and treatments. The same goes with cancer and cannabis, especially CBD – it can help suit the aftermath of treatments, make it easier for the patient to feel relaxed, nausea, and pain-free. There are theories and research stating that the substances in cannabis help with regenerating cells and stops aggressive cancer cells from expanding but those are yet to be further researched and proven. But weed is commonly used by cancer patients of all kinds, and the consumption can vary from smoking weed, edibles, and obviously the consumption of these benefits through various products.

The heart is an extremely important organ in our body, generally speaking, the whole cardiovascular system is connected and the rest of the body relies heavily on it. Unfortunately, a lot of people have heart and blood problems, especially high blood pressure, regardless of age and gender. Researchers have found the link between chemical compounds from weed and easing up cardiovascular problems by lowering high blood pressure. It’s also connected to stress levels, people who are always under high amounts of stress, are more likely to have heart problems and high blood pressure, so the cannabidiol works as a relaxer, calming both the nerves and easing up the pressure. This is important to avoid strokes and other disasters that come with cardiovascular problems!

Cannabis products come in all shapes and sizes, most notably as oils, but they can be produced in skincare as well! Skin problems are widespread all across the globe, conditions such as acne hit a large part of the population, in puberty, early adulthood, or even in the middle of your life! But, instead of using harsh chemicals and heavy-duty skincare, why not opt for something more organic like using the goods from the cannabis plant! Due to its anti-inflammatory powers, it can work well to ease the effects that acne leaves on your skin! There are also so many different skin conditions such as eczema, and psoriasis that are both painful and hard to live with. But if you are already going to a dermatologist, it’s worth bringing this oil up and discussing the possible usage, depending on what kind of skin condition you are dealing with, and then you can decide on if it’s worth a shot for your skin or not!

It is said that weed has a positive effect on people with neurological issues such as multi sclerosis due to its calming and antioxidant values that can calm down the effects of the nervous system causing neurological diseases and inflammations. There is still a lot of research to do, especially connecting the specific aspects of the cannabinoids with the receptors in human brains, how they can improve them and ease the damage caused by the various diseases. People with other neurological diseases also use cannabis oils for medical or recreational purposes, like Parkinson’s disease, Alzheimer’s disease, stroke survivors, and similar. Epilepsy is also one of the more common neurological issues amongst both young people and old, and a lot of research is determining whether cannabinoids reduce seizures and eases the body!

Researchers are always trying to get to the bottom of things, find new ways that cannabis, in general, can be of good use, not only in recreational usage but specifically in the medical field. At the end of the day, even if you don’t suffer from horrible disease or chronic pain, you can still use cannabinoid products as a way to ease daily pain or to ease stress levels! There is more good than bad that can be gained from using this kind of product!