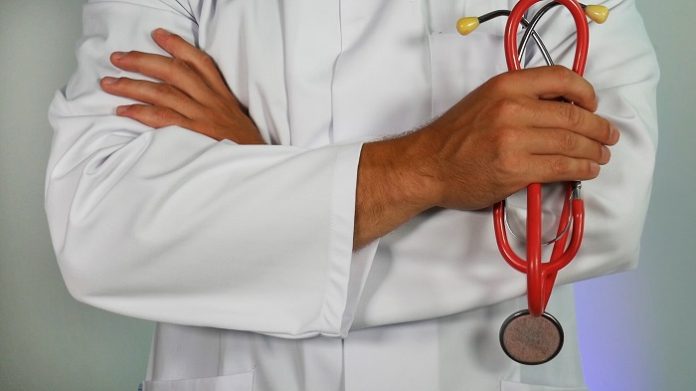 When most people think of Adderall, they think of it as a drug that is used to treat Attention Deficit Hyperactivity Disorder (ADHD). While it is true that Adderall is a medication that is used to help people with ADHD, it can also be abused. In this blog post, we’ll look at the consequences of Adderall addiction and whether ADHD is a real blessing or a curse. You might be interested in adderall abuse statistics.

What is ADHD, and how does it affect people?

Attention Deficit Hyperactivity Disorder is a neurological condition characterized by difficulties with attention, hyperactivity, and impulsiveness. While children are most commonly recently diagnosed, adults can be affected too. To diagnose ADHD, your child must have 6 or more symptoms of inattentiveness or 6 or more symptoms of hyperactivity and impulsiveness. The children’s struggles with family, schools, and peers diminish their positiveness of it. People with ADHD often struggle with maintaining focus and controlling impulsive behavior and may appear excessively energetic. While the precise cause of ADHD remains unclear, it is thought to be caused by both hereditary and environmental factors. Drug addiction is one potential consequence of untreated ADHD. People with ADHD are more likely to abuse drugs and alcohol, and they are also more likely to develop dependencies on prescription opioids. Medication and behavioral therapy are used to treat ADHD. Studies suggest that between 25 and 35% of the prison population has undiagnosed and untreated ADHD. When untreated, Adult ADHD can tear your family life apart. It breaks down your self-esteem.

The History Of Adderall And Its Usage For ADHD Treatment

Adderall has been treating ADHD since it was first approved by the FDA in 1996. The active ingredient in Adderall is an amphetamine, a stimulant that increases alertness, focus, and energy levels. Even though Adderall can be helpful for people with ADHD, it also has a high potential to be abused. Drug addicts have been known to use Adderall to get high, and the pills are commonly sold on the black market. In recent years, the abuse of Adderall has become more common as the use of prescription opioids has declined. As a result, Adderall has become a key player in the current opioid epidemic.

How Adderall Works In The Brain To Improve Focus And Productivity

Adderall is a medication that is used to treat attention-deficit disorders. It’s a central nervous system stimulant that boosts dopamine and norepinephrine levels in the brain. These two neurotransmitters are responsible for focus and energy. Adderall is also abused by people who want to increase their productivity or get high. Adderall can be an effective medication for improving focus and productivity when taken as prescribed. However, when abused, it can be dangerous. Adderall abuse can lead to addiction and potentially fatal overdose. In addition, drug addicts often use Adderall with other drugs, such as prescription opioids, which further increases the risk of overdose.

The Benefits Of Adderall For People With ADHD

Adderall is a central nervous system stimulant taken to manage attention deficit hyperactivity disorder (ADHD) and narcolepsy. It’s a schedule II drug in the United States since it has high abuse potential. Adderall increases the level of dopamine and norepinephrine in the brain difference, which improves focus, concentration, and motivation. It also decreases fatigue and improves alertness. Low amounts of these neurotransmitters are typical in people with ADHD. Adderall is usually taken by mouth as a tablet or capsule once or twice daily. The rate of ADHD diagnosis is increasing. The extended-release formulation should be taken once per day. It can be abused by crushing the tablets and snorting them or dissolving the pills in water and injecting them. This can lead to health conditions such as stroke, heart attack, and seizure.

The risks associated with taking Adderall without a prescription

Adderall is a medication for those who suffer from attention deficit hyperactivity disorder (ADHD). It is a central nervous system stimulant that increases alertness and energy levels. Adderall is also sometimes used illegally by people who want to stay awake for long periods or lose weight. When taken without a prescription, Adderall can be addictive and lead to serious side effects, including:

Adderall addiction is a serious issue in the United States. The number of people addicted to prescription opioids like Adderall has quadrupled since 1999.

Adderall can be addictive, and drug abuse can lead to serious health problems. However, there are several alternatives to Adderall for treating ADHD, including:

Other stimulant medications can be prescribed for ADHD, such as Ritalin or Concerta. These medications can effectively treat ADHD symptoms, but they also carry a risk of addiction.

The decision to take Adderall for your ADHD is entirely up to you. If you decide to take the medication, you must be aware of the risks involved. Adderall can be addictive, and drug abuse can lead to serious health problems. There are several alternatives to Adderall for treating ADHD, so if you are concerned about the risks of taking the medication, talk to your doctor about other options.