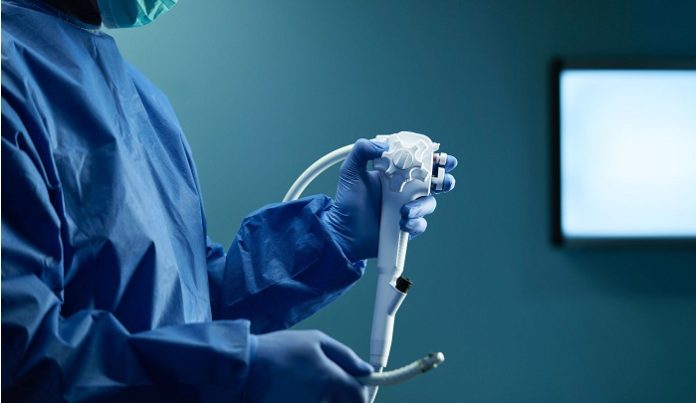 Ambu is ready to launch single-use solution to help increase patient safety and prevent duodenoscope infections. Further devices for GI in development. The Ambu® aScope™ Duodeno received 510(k) clearance from the U.S. FDA  on 17 July 2020 and is now ready for commercial launch as planned.

“At Ambu, we are determined to advance patient safety through innovative design of single-use devices, and we are excited to improve safety for the two million patients each year, who need an ERCP procedure,” says Juan Jose Gonzalez, CEO of Ambu. “It’s no longer necessary to balance the necessity of the procedure against the risk of infection from a reusable endoscope. Now, both doctor and patient can focus on diagnosis and treatment by using a sterile, single-use duodenoscope.”

Reusable duodenoscopes have been under increasing critique from FDA in recent years because there have been cases of device-related infections and patient fatalities. In August 2019, FDA recommended duodenoscope manufacturers and health care facilities to transition to duodenoscopes that are partially or completely single-use.

“The aScope Duodeno is sterile, seamlessly integrates into existing hospital systems and offers an intuitive, lightweight design with similar functionality to reusable duodenoscopes,” says Greg Swanson, SVP, Chief Marketing Officer at Ambu. “Over the past six months, we have expanded our sales organization and built a dedicated commercial infrastructure for gastroenterology. After today’s FDA clearance, we will now approach our customers to arrange product demonstrations, set up evaluations and promote what Ambu has to offer within the field of GI.”

A single-use duodenoscope system
Ambu’s duodenoscope solution consists of a single-use endoscope – Ambu® aScope™ Duodeno – and a reusable processor unit – Ambu® aBox™ Duodeno. The FDA clearance covers both devices. Duodenoscopes are used for visual examination of the duodenum and play a key role in diagnosis and treatment of conditions like gallstones, pancreatitis, tumors or cancer in the bile duct and pancreas.

Initiating post-market study
As part of the regulatory approval of the aScope™ Duodeno, a small-scale performance test was carried out in which 13 gastroenterologists evaluated the device in in-vitro and in-vivo test models. The aScope™ Duodeno performed on par with the market-leading reusable duodenoscope control and was evaluated positively regarding image quality, scope navigation and ergonomics in post-test interviews.

Having obtained FDA approval, Ambu will as planned initiate a 500-patient post-market study at multiple centers in the U.S. A sub-set of the study will be made public during Q1 of Ambu’s financial year 2020/21 when data from a minimum of 60 procedures is available.

Over the next three years, Ambu is introducing 15 new devices across all major areas of endoscopy including GI, the largest endoscopy market globally. This includes three additional single-use devices: A colonoscope, a gastroscope and a cholangioscope.

Built on a decade of experience
Ambu launched the world’s first single-use flexible bronchoscope, the Ambu® aScope™ in 2009. Ten years later, in 2019, over 600,000 Ambu single-use endoscopes were used in more than 6,000 hospitals making Ambu the world’s largest supplier of single-use endoscopes. The aScope™ Duodeno was designed with input from a global gastroenterologist consultant board along with engineering expertise from the team of Invendo Medical acquired by Ambu in 2017.