Home Knowledge Bank News Anthera Announces the Advancement of Blisibimod into Phase 3 Development for Patients...
Facebook
Twitter
Pinterest
WhatsApp
Anthera Pharmaceuticals, Inc. , a biopharmaceutical company developing drugs to treat serious diseases associated with inflammation and autoimmune disorders, today provided an update on regulatory discussions for the global development of blisibimod.Â  End of Phase 2 discussions with the US Food and Drug Administration (FDA) have been completed and will allow for the submission of Phase 3 protocols and the initiation of registration studies.Â  Earlier in 2012, Anthera received a written response from the European Medicines Agency (EMA) providing similar development feedback for the blisibimod program.
"We appreciate the FDA's rapid response to our development proposal for blisibimod. We will incorporate their comments and begin the initiation of our Phase 3 lupus program," said Paul F. Truex, Anthera's President and CEO. Â "The PEARL-SC clinical study provided meaningful insight into the importance of selecting an appropriate patient population while also defining a meaningful endpoint.Â  We are grateful the FDA found this approach to be acceptable for further study and look forward to bringing blisibimod one step closer to patients in need."
The Phase 3 studies (CHABLIS-SC1 and CHABLIS-SC2) will be multicenter, placebo-controlled, randomized, double-blind studies designed to evaluate the efficacy, safety, tolerability and immunogenicity of blisibimod in patients with clinically active SLE (SELENA-SLEDAIÂ > 10) who have not achieved optimal resolution of their disease with corticosteroid use. Â Patients will be treated in the controlled part of each study for 52 weeks after which they will have the option to receive additional treatment as part of an open-label, long-term, follow-up safety study. The primary endpoint of the CHABLIS studies will be a Systemic Lupus Erythematosus Response Index (SRI*) including the requirement of an eight-point or greater improvement from baseline in the SELENA/SLEDAI disease measurement (SRI-8).
"The use of an SRI-8 endpoint, in a population with higher baseline disease activity requires patients to demonstrate improvement in the clinical presentations of SLE, such as skin, mucosal, joint disease and kidney disease," said Colin Hislop, Anthera's Chief Medical Officer. Â "For example, the blisibimod 200 mg weekly dose reduced proteinuria by nearly 1 gram per 24 hours at Week 24 compared with minimal change in the placebo group.Â  This corresponds to an approximate 50% decrease from baseline. These types of improvements were responsible for the majority of clinical benefits seen in the PEARL-SC study and highlights blisibimod's potential to help patients with more active disease."
As previously reported, results from the PEARL-SC study indicate that in the predefined population of patients with clinically active disease (SELENA-SLEDAIÂ > 10) who were also taking corticosteroids, the SRI-8 treatment benefit in the 200 mg weekly blisibimod cohort was statistically significant at week eight (22.6% blisibimod response versus 6.4% placebo response, p=0.023) and at week 16 (35.4% blisibimod response versus 17.0% placebo response, p=0.04) through the 24 week endpoint (41.7% blisibimod response versus 10.4% placebo response, p<0.001). Results from the PEARL-SC clinical study have been submitted to the American College of Rheumatology for presentation at the ACR/ARHP Annual Scientific Meeting 2012 in Washington, D.C.
*SRI is defined as patients who respond to treatment and achieve a reduction in SELENA-SLEDAI equal to or greater than the number indicated, no new BILAG A or two B organ domain scores, and no increase in Physician's Global Assessment (PGA) of greater than 0.3 on a three point scale.
About Anthera Pharmaceuticals
Anthera Pharmaceuticals is a biopharmaceutical company focused on developing and commercializing products to treat serious diseases associated with inflammation and autoimmune diseases. 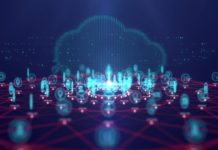 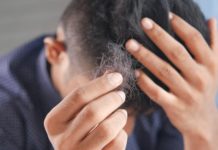 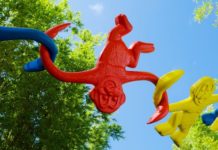