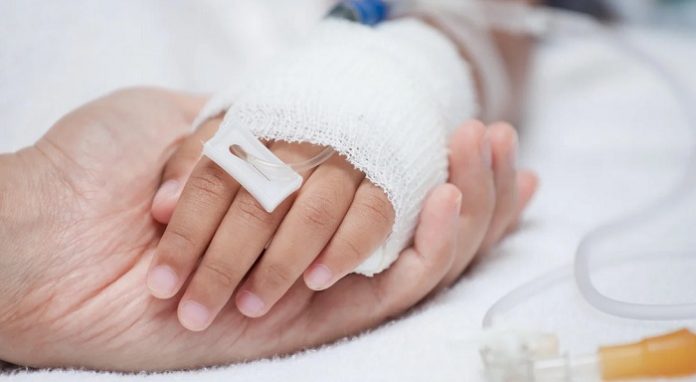 The Centers for Disease Control and Prevention in the United States are continuing to investigate occurrences of acute hepatitis in children with unknown origins and have disclosed fresh clinical facts about a few of the cases. So far, at least 18 instances have been documented in minimum four states, with dozens more in Europe.

The CDC’s most recent clinical details released come from Alabama, where the instances were discovered. Clinical records for nine patients admitted to a children’s hospital after October 1, 2021, were examined.

The patients came from all around the state and had no epidemiologic ties. They were all deemed to be in good health, with no substantial illnesses or immune system deficiencies. The median age was around three years, with children ranging in bracket from two to five. Prior to admittance, the most prevalent symptoms among patients were vomiting and diarrhoea, with some additionally having upper respiratory issues. The majority of the patients had an expanded liver, as well as jaundice and yellowing of the eyes when they were admitted.

Hepatitis viruses A, B, and C were all found to be negative in all of the patients, and numerous different causes of paediatric hepatitis and infections were eliminated. Adenovirus, on the other hand, was found in all of the patients. Last week, the CDC issued a health advisory notifying healthcare professionals and health authorities of the inquiry and suggesting that if the reason for hepatitis is unknown, providers take into account adenovirus testing in children with hepatitis, adding that testing entire blood rather than just blood plasma may be more sensitive.

Six of the nine patients in Alabama had Epstein-Barr virus positive test findings, which were judged to be from earlier infections. Enterovirus/rhinovirus, respiratory syncytial virus, metapneumovirus, and human coronavirus OC43 were among the viruses found.

There was no evidence of past COVID-19 infection in any of the patients. Acute liver failure struck three people, two of whom required liver transplantation. As per the CDC, all patients, including transplant recipients, have healed or are recuperating. Hepatitis is an infection that affects the liver, a critical organ that processes nutrients, cleanses the blood, and aids in the fight against diseases. The function of the liver might be impaired when it is inflamed or damaged.

Hepatitis is usually caused by viruses, and adenoviruses are a prevalent type of virus that can cause a variety of mild to severe ailments when passed from person to person. However, in healthy individuals, these infections are rarely documented as a cause of acute hepatitis.

As per the CDC, adenovirus is a known cause of hepatitis in immunocompromised children, but it may also be an “underestimated contributor to liver injury in healthy children.” It is spread mostly through excrement and into the mouth.

Adenovirus vaccines are not available for children. According to Dr. Ashlesha Kaushik, a spokesperson for the American Academy of Pediatrics, it tends to persist on objects, and alcohol-based hand sanitizers do not really perform effectively against them.