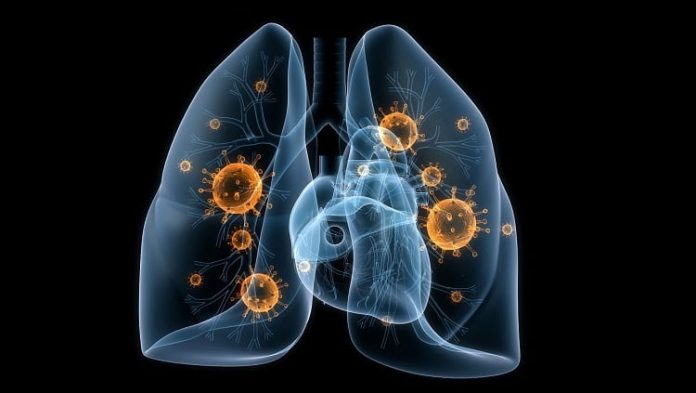 The data were shared in two oral presentations at the International Association for the Study of Lung Cancer 18th World Conference on Lung Cancer (“WCLC”) in Yokohama, Japan, October 15 to 18, 2017.

Susan Galbraith, Head of Oncology, AstraZeneca Research and Early Development, said, “We are committed to developing innovative medicines to overcome the key drivers of cancer mechanisms of resistance and are strategically focused on developing effective combinations. The latest results for savolitinib in combination with osimertinib and gefitinib support our approach in collaboration with Chi-Med.”

Preliminary Results for Savolitinib in Combination with Tagrisso®[1] In the Phase Ib/II proof-of-concept TATTON trial in patients with EGFRm advanced NSCLC with METamplification
confirmed locally or centrally, early data on safety and anti-tumor activity for savolitinib in
combination with Tagrisso® were presented. In 66 patients treated, the most common all-causality adverse events (“AEs”) were nausea (44%), vomiting (35%), fatigue (30%), and decreased appetite (30%), which were consistent with the known safety profiles of savolitinib and Tagrisso®.

The presentation is available at www.chi-med.com/ph2-savo-plus-tagrisso-nsclc/.
Preliminary data for Savolitinib in Combination with Iressa®[2] Data from the Phase Ib/II proof-of-concept trial assessing savolitinib in combination with Iressa® in patients in
China with EGFRm advanced NSCLC with centrally confirmed MET-amplification who had progressed following EGFR inhibitor therapy were also reported. The most common AEs independent of causality in 51 patients treated were vomiting (39%), increased alanine aminotransferase (ALT) (37%), increased aspartate aminotransferase (AST) (35%), nausea (35%), and rash (35%). These results were consistent with the known safety profiles of savolitinib and Iressa®.

The presentation is available at www.chi-med.com/ph2-savolitinib-plus-iressa-nsclc/.
Mr. Christian Hogg, Chief Executive Officer of Chi-Med, said, “MET-amplification impacts a meaningful proportion of patients with EGFRm NSCLC who experience disease progression following treatment with a tyrosine kinase inhibitor in the first or second-line setting. Among patients with this difficult-to-treat resistance mechanism, there is a clear unmet medical need.”

About Savolitinib
Savolitinib (AZD6094/HMPL-504) is a potential first-in-class selective inhibitor of c-MET (also known as mesenchymal epithelial transition factor) receptor tyrosine kinase, an enzyme which has been shown to function abnormally in many types of solid tumors. It was developed as a potent and highly selective oral inhibitor specifically designed to address issues observed in the clinic with other selective c-MET inhibitors, such as renal toxicity.

Savolitinib was discovered by Chi-Med and is being developed in collaboration with AstraZeneca. Savolitinib is currently being studied in multiple tumor types worldwide including kidney, lung and gastric cancers, both as a monotherapy and in combination with other targeted and immunotherapy agents.

About Chi-Med
Chi-Med is an innovative biopharmaceutical company which researches, develops, manufactures and sells pharmaceuticals and healthcare products. Its Innovation Platform, Hutchison MediPharma Limited, focuses on discovering and developing innovative therapeutics in oncology and autoimmune diseases for the global market. Its Commercial Platform manufactures, markets, and distributes prescription drugs and consumer health products in China.

About AstraZeneca
AstraZeneca is a global, science-led biopharmaceutical company that focuses on the discovery, development and commercialization of prescription medicines, primarily for the treatment of diseases in three main therapy areas – Oncology, Cardiovascular & Metabolic Diseases and Respiratory. The Company also is selectively active in the areas of autoimmunity, neuroscience and infection. AstraZeneca operates in over 100 countries
and its innovative medicines are used by millions of patients worldwide.For more information, please visit www.astrazeneca.com