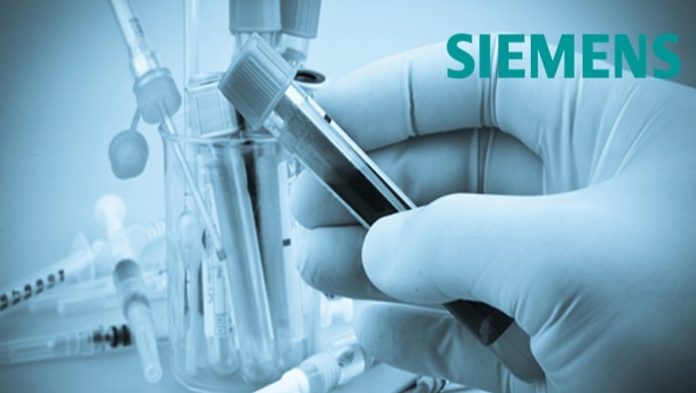 Siemens Healthineers has appointed Dr. Deepak Nath as President of Laboratory Diagnostics effective February 1. Nath succeeds Franz Walt, who served as President from 2014-2017, and led the business during its launch of the Atellica® Solution.

• Nath will be chartered with building on the early success of the Atellica® Portfolio, to drive wide adoption in the in-vitro diagnostics market
• He brings extensive experience in the medical technology field and in strategy, sales, operations and R&D to help propel growth and success in the Siemens Healthineers Laboratory Diagnostics business

Siemens Healthineers has appointed Dr. Deepak Nath as President of Laboratory Diagnostics effective February 1. Nath succeeds Franz Walt, who served as President from 2014-2017, and led the business during its launch of the Atellica® Solution.

Nath will continue the endeavor to transform care delivery in the laboratory by growing the business, leveraging his extensive operational experience in healthcare. He will be based in Tarrytown, NY.

“Siemens Healthineers seeks to benefit from market opportunities in the diagnostics market through the introduction of Atellica Solution,” said Michael Reitermann, Chief Operating Officer, Siemens Healthineers. “Deepak Nath’s exceptional leadership experience and deep industry knowledge will greatly benefit us as we look to expand the early success of Atellica Solution and drive wide adoption in the diagnostics market.”

Nath brings 20 years of wide-ranging leadership experience in healthcare to Siemens Healthineers, including general management, strategy, R&D, commercial operations and change management. For the past three years, Nath served as president of Abbott’s vascular division and as an executive officer of the company. His 10-year career there also comprised a variety of global leadership roles, including president of the molecular diagnostics division, divisional vice president and general manager of Ibis Biosciences, and several commercial leadership positions across mature and emerging markets. Earlier in his career he held positions at Amgen, where he lead process improvement initiatives; at McKinsey, serving a range of clients in the medical device and pharma industries; and as a scientist at The Lawrence Livermore National Laboratory. Nath has B.S and M.S degrees in Mechanical Engineering and a Ph.D. in Theoretical Mechanics, all from the University of California, Berkeley.