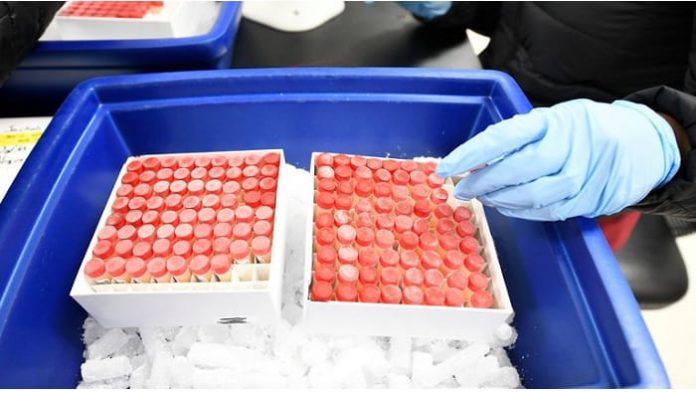 The FDA on Wednesday approved a long-awaited blood test to detect concussions in people and more quickly identify those with possible brain injuries.

The test, called the Banyan Brain Trauma Indicator, is also expected to reduce the number of people exposed to radiation through CT scans, or computed tomography scans, that detect brain tissue damage or intracranial lesions. If the blood test is adopted widely, it could eliminate the need for CT scans in at least a third of those with suspected brain injuries, the agency predicted.

Concussion-related brain damage has become a particularly worrisome public health issue in many sports, especially football, affecting the ranks of professional athletes on down to the young children in Pop Warner leagues. Those concerns have escalated so far that it has led to a decline in children participating in tackle sports.

“This is going to change the testing paradigm for suspected cases of concussion,” said Tara Rabin, a spokeswoman for the F.D.A. She noted that the agency had worked closely on the application with the Defense Department, which has wanted a diagnostic tool to evaluate wounded soldiers in combat zones. The Pentagon financed a 2,000-person clinical trial that led to the test’s approval.

According to the Centers for Disease Control and Prevention, there were about 2.8 million visits to emergency rooms for traumatic brain injury-related conditions in 2013, the most recent year for which the numbers were available. Of these, nearly 50,000 people died. Most patients with suspected traumatic brain injury are evaluated using a neurological exam, followed by a CT scan.

One of the challenges of diagnosing concussions is that symptoms can occur at different times. In some people, they appear instantly, while in others they can show up hours or even days later. Symptoms also vary from person to person. Some experience sensitivity to noise, others lose their balance, and still others become sensitive to bright light.

“A blood test to aid in concussion evaluation is an important tool for the American public and for our service members abroad, who need access to quick and accurate tests,” said Jeffrey Shuren, director of the F.D.A.’s medical device division.

The agency, often criticized for the pace of its approvals, noted that it had cleared this diagnostic device in less than six months.“This is something that has been a long time coming,” said Colonel Dallas Hack, who was director of the Army’s Combat Casualty Care Research Program from 2008 to 2014 and is now retired.

“The concept originally was that we would have something that medical personnel in the field would be able to use to assess whether somebody who had received a head injury needed a higher level of care,” Dr. Hack said.

The test works by measuring the levels of proteins, known as UCH-L1, and GFAP, that are released from the brain into blood and measured within 12 hours of the head injury. Levels of these blood proteins can help predict which patients may have intracranial lesions visible by CT scan, and which won’t. In a statement announcing the approval, the F.D.A. said that the brain trauma indicator was able to predict the presence of intracranial lesions on a CT scan 97.5 percent of the time, and those who did not have such lesions 99.6 percent of the time.

The possibility of testing an athlete on the sidelines could also be used in all sports, but particularly football, which includes high-speed collisions on every play. While professional and collegiate athletes have access to trainers and doctors, players on high school teams and in youth leagues often make do with a volunteer physician or an emergency medical technician, if at all.

Far more athletes play football at younger ages. More than one million boys play football in high school, about the same as those who play baseball and basketball combined. Many more play football in youth leagues, including Pop Warner, one of the most established organizations.

These organizations have seen their insurance costs rise in part because parents of injured players have sued them for not doing enough to protect their children.

Putting an athlete with a concussion back on the field can also have grave consequences. A player who suffers a concussion is susceptible to second-impact syndrome, which occurs when the brain swells after a second concussion, but before the first concussion has been diagnosed.

The F.D.A. approved the test for use in adults, but Henry Nordhoff, chief executive of Banyan Biomarkers, based in San Diego, the company that makes the device, said he thought it might also appeal to physicians evaluating children for concussions. While that would initially be an off-label use, the company plans to soon start a clinical trial evaluating injured children, Mr. Nordhoff said. There are also hand-held blood tests in the works.

While a test to diagnose concussions quickly will be welcomed in the medical and sports worlds, it does not address the growing worries about the cumulative effect of repeated head hits. Head hits absorbed over many years of playing football and other sports have been linked to chronic traumatic encephalopathy, a degenerative brain disease found in autopsies of former football players, other athletes and soldiers.

After spending years discrediting researchers who were establishing a link between head hits and C.T.E., the N.F.L. began pledging tens of millions of dollars to study C.T.E. In some cases, the N.F.L. has also teamed up with the Pentagon.