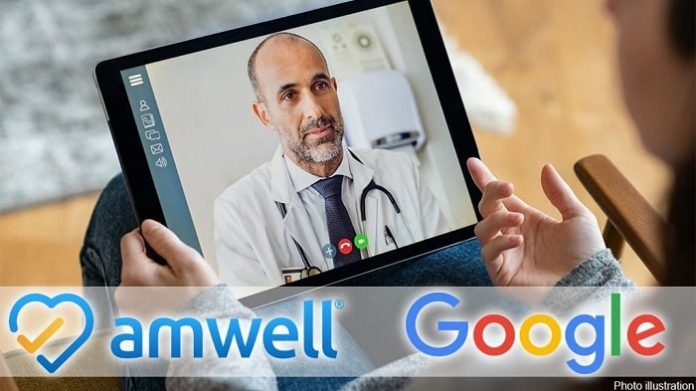 Google’s cloud division is investing $100 million in Amwell, a telehealth operator preparing to go public, according to CNBC.

The investment will come with Amwell transitioning some parts of its business away from Amazon Web Services and onto Google Cloud. Amwell will use Google as its “preferred global cloud partner,” according to CNBC, and will move some of its video performance capabilities to Google.

Amwell was formerly known as American Well and builds technology to offer virtual doctor’s visits, which has become essential during the pandemic. Amwell told CNBC that it has seen a 1,000 percent increase in telehealth visits, and close to 3,000 or 4,000 percent in some areas.

And, Google and Amwell will collaborate on technology and work on broadening Amwell’s tech footprint in the telehealth scene, according to CNBC. Google’s investment will be a concurrent private placement at the IPO price.

Aashima Gupta, Google Cloud’s director of global healthcare solutions, said the use of telehealth is likely to continue because of the continued avoidance of physical spaces with the coronavirus still present, and the improving reimbursement coverage.

The shift to telehealth has been fueled by the pandemic. Ryan Krause, vice president at healthcare software company Epic Systems, told PYMNTS that his company, which offered video visits with doctors long before the pandemic, had under 50,000 appointments in February of this year. But that number jumped to 2.5 million by April.

Krause contested that the healthcare system shouldn’t return to its former ways due to the improvements in cost and efficiency, with more flexibility for patients as well as government rulings allowing healthcare providers to receive full Medicaid and Medicare reimbursements for online visits.