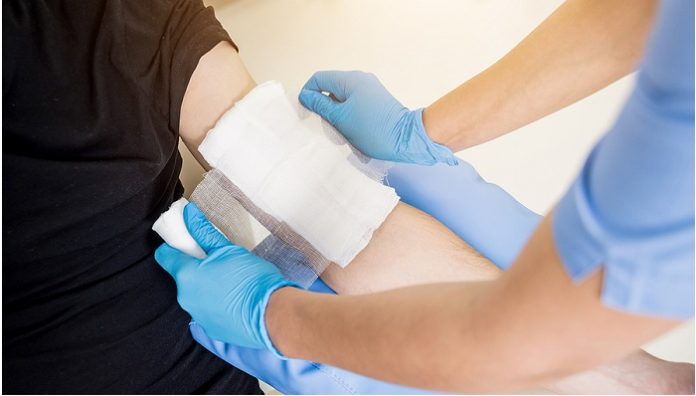 If you work in an emergency clinic or department, or a hospital, you may have realized that COVID-19 is changing injury patterns.

Outside of people visiting the ER because of COVID-19 itself, there are shifts in the other ways people are needing and seeking care.

Being aware of these patterns is important from a public health perspective. Some of these shifts are to be expected, while others have been more surprising.

A Decrease in Car Accidents, But Increases in Injuries

Since the start of stay-at-home orders in March 2020, there has been a general decline in car accidents. Fewer people are commuting to work, and most are spending more time at home.

In fact, it’s estimated car crashes have gone down 1/3 since the start of the coronavirus pandemic.

With that being said, while there are fewer car accidents, some of them are trending toward being more severe and leading to more significant injuries.

Since there is less traffic on the roadways, people are going faster. If there is an accident, the injuries tend to be more severe in these circumstances.

There’s another factor here—since kids aren’t in school during traditional hours right now, more of them are with their parents during the day and potentially in cars. That’s putting children more at risk of being involved in car accidents than they would under normal circumstances when they spend most of their day in school.

Traveling by RV became increasingly popular during 2020, and that led to more accidents involving those vehicles, as well as boats and ATVs.

Finally, as far as it relates to car accidents, there have also been increases in DUIs and alcohol-related injuries. This might be due to the fact that people are feeling extreme stress and uncertainty and are also spending more time drinking alcohol as a coping mechanism or to alleviate boredom.

Overall, a big takeaway as far as accident severity during the pandemic is that people are not as cautious when driving. There’s another interesting consideration as well. The more risk-averse people might be off the roadways altogether, while people who are more willing to take risks might be the people on the road.

A big issue that many public health officials have been trying to combat throughout the pandemic is the trend of delayed emergency care. People are seemingly afraid to visit emergency departments because of COVID. In the spring of 2020, there was a decline in emergency department visits of more than 40%.

Health systems since then have been working to encourage people to seek care as needed for potential emergency situations.

The result in delayed emergency care has worsened conditions and deaths from things like stroke and heart attack.

Many people also develop more severe symptoms when they wait to receive care, so emergency departments see the effects of that as well.

As the numbers of cases, hospitalizations and deaths have risen in the U.S. because of COVID, there’s been a simultaneous epidemic in the form of overdoses.

In the first three months of 2020, more than 3,000 people died of drug overdoses than the same period in 2019. As it stands, the U.S. is on track for an all-time high number of overdose deaths in a single calendar year.

More than 40 states have said they have concerns about the overdose epidemic.

Again, like so many of the other situations happening right now, this is multifactorial.

People are facing economic challenges and fear and anxiety due to the pandemic itself and the consequences.

People are also lonely and may be turning to substances as such.

Many of the resources people turn to when dealing with substance misuse aren’t available right now or are virtual.

Finally, another area where there are increasing numbers of injuries during the pandemic is related to situations that occur at home.

For example, more children may be engaging in risky behaviors because they’re staying at home and learning at home. Their parents may not be able to fully supervise them at all times because they’re also trying to work from home.

Grandparents and other care providers may also be with children more, and there may be less supervision.

Even adults are experiencing more accidents at home, not just because they’re spending more time there but also because they are taking on DIY projects and renovations during this time, leading to an increase in injuries.