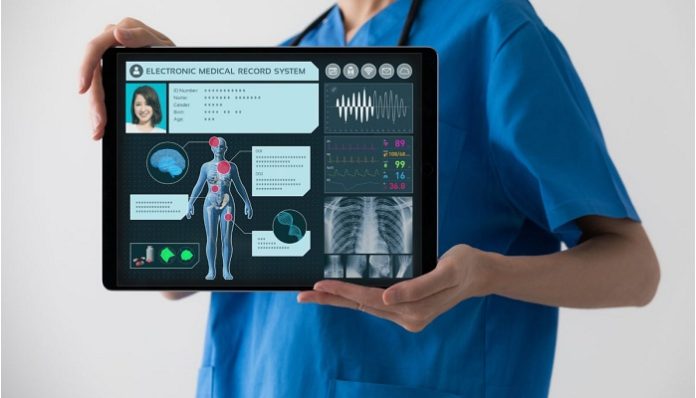 Integrating patient headshots into the EHR decreased wrong-patient order entry by roughly 35 percent, increased patient identification, and boosted patient safety in the emergency department, according to a study published in JAMA Network Open.

On a yearly basis, clinicians at Brigham and Women’s Hospital in Boston, MA place over a million orders through the EHR system. While past studies have shown clinicians place the correct order 99.9 percent of the time, an error rate of less than one in 1,000 orders would result in roughly 600,000 wrong-patient orders.

Patient safety is an ongoing epidemic that healthcare organizations, stakeholders, and EHR vendors are trying to fix.

“There’s one specific solution to mitigating wrong-patient errors that turned out to be really effective: displaying patient’s photos in their electronic chart. As a provider, these are patients that you know personally—you’ve cared for them and you’re going to quickly recognize that face,” Hojjat Salmasian, MD, Department of Quality and Safety at the Brigham, said in a statement.

Prior to this study, Brigham and Women’s Hospital researchers integrated EHR alerts to decrease the number of wrong-patient errors. However, those alerts interrupted the user and resulted in burden, according to Salmasian. Additionally, EHR alerts still fail to detect up to 33 percent of medication errors.

In an effort to cut down on interrupted EHR navigation, Salmasian and his research team looked at past positive study results of integrating patient photos into the EHR. The research team also realized humans are good at recognizing facial features and familiar faces.

According to the study, wrong-patient order entry happens more often in the emergency department (ED), up to two per 1,000 orders, mostly due to the fast-paced ED environment and a need to multitask.

Over a two-year time period, researchers took headshots of nearly 72,000 participating patients, integrated the photo into the EHR, and analyzed over 2.5 million orders for errors.

There was a 35 percent decrease in errors. Salmasian said this significant error decrease shows the high volume of errors made per year at the Brigham and he agreed that two out of every 1,000 orders in the ED could be incorrect without a photo.

The research team noted decreased error risk in white patients. Salmasian said this could result from treatment inequities, implicit bias, and the mostly white patient population at the Brigham.

Researchers said these headshots will remain in the individual’s EHR moving forward but because of COVID-19, Brigham and other hospitals across the country may have to wait to take photos in the hospital until the current mask restrictions are lifted. However, one way around this is for individuals to take a headshot at home and upload it into their patient portal.

This study was relatively inexpensive compared to most other studies because researchers only had to train the staff on taking photographs and researchers bought six cameras totaling less than $2,000. The boost in patient safety will far exceed the minimal costs, said the research team.

“It’s important for all of us to realize that there are things that we can do as patients that directly impact the appropriateness and safety of care that we receive,” said Salmasian. “If more patients engage in the care they receive, our health care system improves in both safety and quality.”