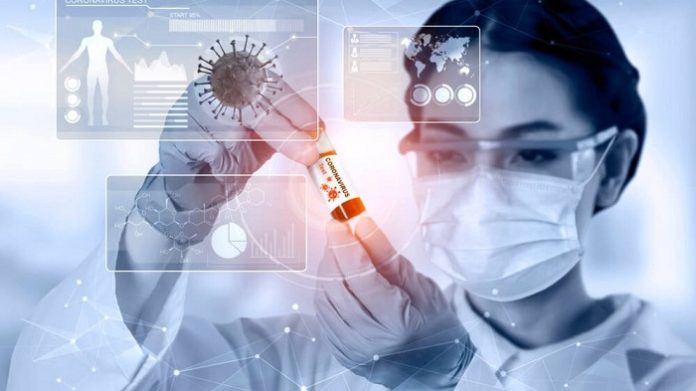 The fresh, new, astonishingly efficient COVID-19 vaccines were rolling out across the US this time last year, injecting a strong note of confidence into the country’s formerly stumbling pandemic response.

Hundreds of thousands of people were queuing up every day to get their vaccinations. Researchers were monitoring a new number: the proportion of Americans who had been vaccinated, rather than the regular drumbeat of cases, hospitalizations, and deaths. One believed that this number represented the best chance of surviving the infection.

The United States was caught up in a hallucination of achieving herd immunity, a point at which people who are vulnerable, such as those who were too young to be vaccinated or who didn’t respond well to vaccines, might well be shielded anyway, since, as a society, we might well stitch a hidden safety net around them.

If someone is infected with a virus, they will be surrounded by enough others who are immune to transmission that the virus will have nowhere to go. It is unable to spread. The country has achieved this point in its fight against several formidable diseases, such as measles and rubella. With COVID-19, it felt like the nation would be able to get there. However, we were most likely mistaken. In an interview with CNN, Dr. Anthony Fauci, head of the National Institute of Allergy and Infectious Diseases, said the concept of conventional herd immunity may well not apply to COVID-19.

And it means one won’t go on without having SARS-CoV-2 in the community for a long time, as per Fauci, who lately co-authored a report in the Archives of Infectious Diseases on herd immunity.

How did we get rid of the measles?

The measles, like the virus that causes COVID-19, spreads through the air. According to the CDC, it is so infectious that if a single person has it, 9 out of 10 people in their immediate vicinity will contract it because they’re not immune. According to a few researchers, the Omicron viruses are as infectious as measles.

Because of three factors, the United States has successfully eliminated measles transmission and has kept the virus from circulating in the country: an extremely effective vaccine; a virus that does not change or mutate in substantial ways over the years; and a successful childhood vaccination campaign.

As per the CDC, the measles vaccine is 97 percent effective in preventing the disease. Studies have shown that once a person is vaccinated, individuals are protected for the rest of their lives.

Many states in the US had formerly set the lofty aim of vaccinating more than 90% of their children against the illness by the time they entered kindergarten. For more than two decades, this significant concentration of vaccination coverage, the vaccine’s durability and efficiency, and the virus’s relative stability have allowed the United States to avoid severe outbreaks of the disease.

Herd immunity, however, must extend beyond the United States’ boundaries. Each year, a certain number of instances develop when tourists bring it into the country, but as the country has community-level protection against it, it has never recovered a stronghold and has continued to circulate.

Virus eradication isn’t always successful. Because of vaccine hesitancy in the United States, herd immunity from measles is diminishing in many parts of the country—and indeed, the world. As more people refuse vaccinations, the World Health Organization cautioned in 2019 that measles might become prevalent again around the world.

Unfortunately, COVID-19 does not follow the same set of regulations.

The bad news is that the coronavirus that causes COVID-19 evolves a lot and in substantial ways, Fauci said. They have already had five different variations over the course of two years: Alpha, Beta, Delta, and Omicron and then BA.2 from Omicron, he remarked.

Another piece of bad news is that safe and effective vaccines are not widely accepted, Fauci stated. Simply said, not enough individuals have been immunised.

As per Dr. Adam Kucharski, co-director of the London School of Hygiene and Tropical Medicine’s Center for Epidemic Preparedness and Response, the more contagious a virus is, the more individuals must be vaccinated to prevent it from spreading across a community. Kucharski addressed how assumptions around herd immunity must adjust as viruses become more infectious in a July 2021 Twitter discussion and a latest talk with CNN.

If the vaccines currently available could prevent 85 percent of virus transmission, Kucharski predicted that 98 percent of the population would need to be inoculated for a virus as virulent as the Delta strain. He believes that if vaccines didn’t block transmission to that amount, herd immunity would be impossible to achieve with the current doses.

Kucharski and his co-authors explain in a paper published in the journal Eurosurveillance in May 2021 that a large part of herd immunity is dependent on how successfully vaccines inhibit transmission, the process of a sick person transferring the virus to someone else.

Sterilizing immunity is thought to be conferred by vaccines that impede transmission. The measles vaccine gives people sterile immunity. The COVID-19 vaccinations, on the other hand, do not. Although vaccination diminishes the risk of passing COVID-19 to others, contact tracing investigations have revealed that it still happens.

Kucharski wrote in the article that we may not be able to achieve herd immunity for COVID-19 until enough people have developed immunity after getting the infection if not enough people get vaccinated, which must be pretty much the entire population for highly contagious variants, or if the vaccines we have don’t stop nearly all transmission.

There are many other elements to consider, such as the longevity of resistance throughout time. Not only is vaccine-induced immunity not permanent, but infection-induced immunity is not forever, Fauci explained, implying that one needs to be exposed to vaccines or infections on a regular basis to keep their defences up to date.

However, some people aren’t ready to entirely abandon the idea. Barry Bloom is a Harvard University emeritus professor of public health. Making better vaccines, he believes, is one way to get there.

Companies are developing vaccinations that would target the virus’s more stable parts, such as the spike protein’s stem, which does not appear to evolve as often. This could lead to stronger, longer-lasting immunity that can withstand the virus’s shape-shifting variations.

Nasal spray vaccinations are also promising as they may aid in the development of antibodies in the nose and throat. It is hoped that these vaccines will cause resistance in the parts of the body where it is most needed, resulting in the kind of sterilising immunity that stops transmission.

If not a vaccination in a nasal spray, why not monoclonal antigens in a spray that might be used daily before leaving the house to prevent virus transmission, according to Bloom? And the concern is, will they be able to eradicate it before it spreads asymptomatically? Is this going to be a never-ending game for us to deal with?

Or, as Bloom suggests, perhaps the best one can hope for is evolution’s help. He claims that the virus is evolving to be more infectious over time, but that this does not necessarily mean that it will cause more serious illness. In the end, taking a life does little to help the virus. It requires hosts. It would be preferable if the virus evolved to be as contagious as possible but with a lower tendency to cause serious sickness.

Bloom believes that this is what occurred to the coronaviruses that cause common colds today. He is of an opinion that they began as ferocious predators before evolving into pests over time.

That way, not only do they have a chance to survive, but so do we too.