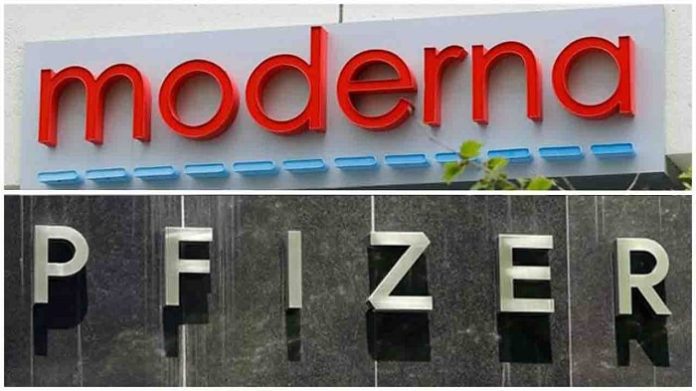 That there is a thin line between eagerness and desperation, we are aware. The COVID-19 pandemic has made us witness both. With so much taking place in the medical & the health fraternity across the globe,  we are all awaiting the good news to roll-out, more sooner than later. The fortnight which has gone by has indeed given us all that much-required ray of hope; the hope of a COVID vaccination soon turning out to be a reality. We are looking forward to being back on track and the news of a vaccination holding good has surely raised our hopes to no end.

The results that have come by from Moderna Inc. & Pfizer Inc. are very encouraging, to say the least, but what is extraordinary about them is the percentage of the effectiveness that they have. Besides, both these percentages have been encountered in the late-stage trial results. Not only has this effectively addressed the inquisitiveness of getting a vaccine shot within the time frame, but what more it has done is raise the bar for other competitors such as AstraZeneca to catch up in no time.

Moderna Inc. on Monday declared that its vaccine was 94.5% effective. This came just after a week when Pfizer & its partner BioNTech SE had gone public to state that their vaccine is more than 90% effective. The data given by Moderna shows that the side effects of the dose were short-lived & hence did not have any safety concerns. The high percentage of effectiveness of both these vaccines surpasses U.S regulators’ released guidelines that the vaccine must be at least 50% effective.

Both the vaccines are based on a technology called messenger RNA. This technology type has never ever been used in developing an approved vaccine. The approach encapsulates transforming the body’s own cells into vaccine making factories. The vaccine would instruct cells to make copies of the spike protein of Coronavirus resulting in the creation of protective antibodies that could suppress the disease.

As per the reports coming in, Moderna Inc. received $995 million from the U.S operation warp seed program, however, Pfizer has stated that it did not receive any assistance from the U.S. Although, its partner BioNTech got a sum of 375 million euros from the German Government. That said, there is a U.S. supply agreement in place by Pfizer amounting to $2 billion. The U.S has also agreed to pay $1.53 billion for the Moderna vaccination.

Once the vaccination is approved, making it reach hundreds of millions of people would be an uphill task. Moreover, storage of the vaccine is again pretty peculiar with Pfizer Inc. already pointing out that its vaccine must be stored ultra-cold until a few days before it is used. It can be kept in refrigerator temperature for not more than 5 days. Moderna, on the other hand, has confirmed that its vaccine is stable at refrigerator temperature for a period of 30 days, which is much longer than the estimated 7 days. It can be stored in the freezer for longer durations and doesn’t require any special facilities like the Pfizer’s dosage shot.

Who will get them first

A ramped up production is not going to essentially mean that the world-over demand shall be fulfilled. Moderna will supply 100 million doses in the U.S & 80 million to the European Union, among others.  The U.K. is also negotiating with Moderna Inc. for their own supplies.

When are they expected to be deployed?

Once the USFDA approves the emergency use authorization after giving clearance that the vaccines are safe, Moderna shall seek clearance from the regulators in the coming weeks. Pfizer is also awaiting the two months of safety follow up data in the 3rd week of November and if that goes well, they shall apply for authorization in the U.S this month itself.