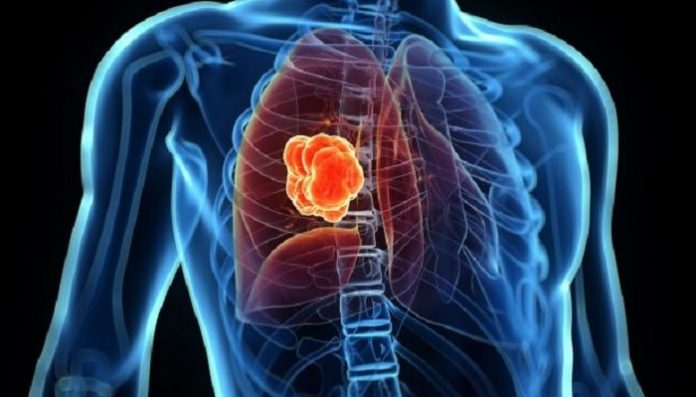 They further determined that CKAP4 levels are already elevated in the blood of patients with stage I disease, making it a potential noninvasive diagnostic marker that could change current practices in the diagnosis and treatment of some types of lung cancer, including non–small-cell lung cancer and squamous cell carcinoma, and improve patient outcomes.

Lung cancer is the leading cause of cancer deaths in both men and women in the United States and worldwide. The disease is associated with a poor prognosis because most lung cancers are only diagnosed at an advanced stage. 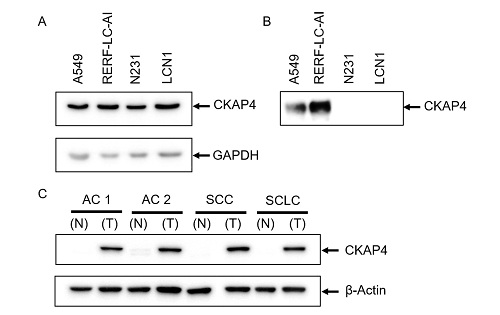 “The identification of patients at an early stage of cancer when it can be treated surgically is extremely important to improve prognosis,” explained Yuichi Sato, PhD, Department of Molecular Diagnostics, Kitasato University School of Allied Health Sciences, Sagamihara, Kanagawa, Japan, who led the study. “We need better biomarkers for early diagnosis.”

Current biomarkers for lung cancer include carcinoma embryonic antigen (CEA), sialyl Lewis X antigen (SLX), squamous cell carcinoma (SCC) antigen, and cytokeratin fragment (CYFRA) 21-1, but these are not sensitive enough to detect tumors early, according to co-investigator Ryo Nagashio, PhD, from the Kitasato University School of Allied Health Sciences. “The results of our study provide evidence that the CKAP4 protein may be a novel early sero-diagnostic marker for lung cancer,” he said.

Researchers performed reverse-phase protein array analysis using a monoclonal antibody designated as KU-Lu-1 antibody on the blood of 271 lung cancer patients and 100 healthy individuals. KU-Lu-1 reacted only with tumor cells and tumor stromal fibroblasts in lung cancer tissues and not with normal lung tissues. Using immunoprecipitation and mass spectrometry, they confirmed that the KU-Lu-1 antibody recognized CKAP4 in lung cancer cells and tissues, and its secretion into the culture supernatant was also confirmed. In addition, a validation set consisting of samples from 100 patients with lung cancer and 38 healthy controls was also studied.

CKAP4 was recently identified as a receptor of Dickkopf1 (DKK1). Expressions of DKK1 and CKAP4 were frequently observed in tumor lesions of human pancreatic and lung cancers, and the simultaneous expression of both proteins in tumor tissues was inversely correlated with prognosis and relapse-free survival

Immunoblot analysis using anti-CKAP4 antibody with whole-cell lysates from A549, RERF-LC-AI, N231, and LCN1, and lung tissue samples. A) CKAP4 protein is detected at approximately 63 kDa in all lung cancer cells. B) CKAP4 protein is also detected at approximately 63 kDa in culture supernatants of A549 and RERF-LC-AI cells. C) The CKAP4 protein is expressed only in lung cancer tissues, and not in their normal counterparts. T: tumor tissue, N: normal lung tissue. CKAP4 was observed at various intensities in the cytoplasm of lung cancer cells (D: A549, E: RERF LC-AI, F: N231, G: LCN1) and tissues (H: AC, I: SCC), but not in normal lung epithelium (J: alveolar epithelium, K: bronchial epithelium).

“The use of CKAP4 as a biomarker could change current practices regarding the treatment of lung cancer patients, and the diagnostic accuracies may be markedly improved by the combination of CKAP4 and conventional markers,” concluded Dr. Sato.

About Elsevier
Elsevier is a global information analytics business that helps institutions and professionals advance healthcare, open science and improve performance for the benefit of humanity. Elsevier provides digital solutions and tools in the areas of strategic research management, R&D performance, clinical decision support and professional education, including ScienceDirect, Scopus, SciVal, ClinicalKey and Sherpath. Elsevier publishes over 2,500 digitized journals, including The Lancet and Cell, more than 38,000 e-book titles and many iconic reference works, including Gray’s Anatomy. Elsevier is part of RELX Group, a global provider of information and analytics for professionals and business customers across industries. www.elsevier.com