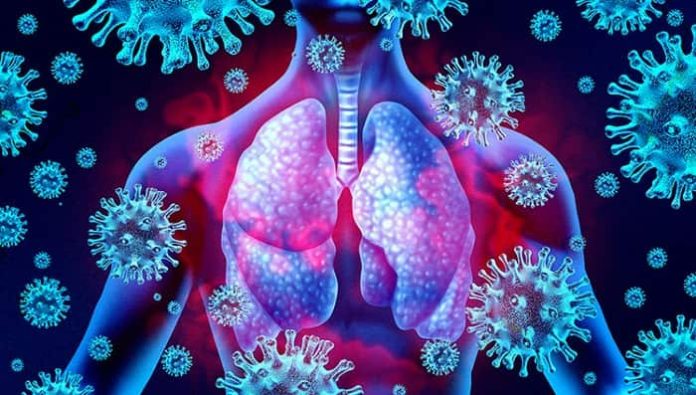 According to new research from the Royal Free London (RFL), some COVID-19-infected cells might rupture, causing catastrophic harm to the lungs as well as other internal organs. The study, co-authored by RFL consultant hepatologist Gautam Mehta, indicates that immune cells infected with COVID-19 can experience pyroptosis, a cell explosion that produces damaging activation in patients who get critically ill with the virus.

While pyroptosis kills the virus, it also causes the release of inflammatory compounds into the bloodstream. These inflammatory substances spread throughout the body, causing lung damage and being harmful to other internal organs too. This same procedure can occur in liver patients who have been infected with bacteria from the intestines. The liver cells go through the same pyroptosis mechanism as the bacteria to expel them: the cells rupture and produce inflammatory chemicals that injure the surrounding cells.

These crucial findings will aid researchers in developing more effective COVID-19 therapies in the future. Dr. Mehta and Harvard Medical School collaborated on the study, which was featured in Nature last week. It builds on previous research by Dr. Mehta’s group, which showed that pyroptosis can cause hyperinflammation in liver illness.

Dr. Mehta explained that inflammation and cell death were both major variables in severe COVID-19 during the early days of the pandemic, according to mounting evidence. As it turned out, their group was already interested in the pyroptosis cell death pathway and its significance in liver disease.

The pyroptosis pathway functions as a warning mechanism, causing the cell to explode and release pro-inflammatory substances if it detects viral or bacterial particles within the cell. This has the advantage of eradicating the infection, but it can also result in significant inflammation. Pyroptosis refers to a blazing process of cell death.

This happens in liver disease patients because of a leaky gut, which allows bacterial components from the gut to reach the liver and induce pyroptosis of liver cells, which leads to liver failure. This process appears to occur in COVID-19 because the virus causes pyroptosis in immune cells, which has the advantage of eradicating the virus, but it can cause hyperinflammation in some people. This inflammation can cause severe respiratory distress as well as harm to other organs.

This paper highlights the tremendous ability of collaborative relationships among academics as well as patient networks to propel research forward in a variety of domains. The work demonstrating pyroptosis in liver disease was pushed by Royal Free Hospital patients who took part in the trial, Dr. Mehta noted. They might not have discovered the connection between pyroptosis and COVID-19, which now has the potential to give tailored therapeutics for the condition, if they had not been investigating this topic at the time the pandemic struck.