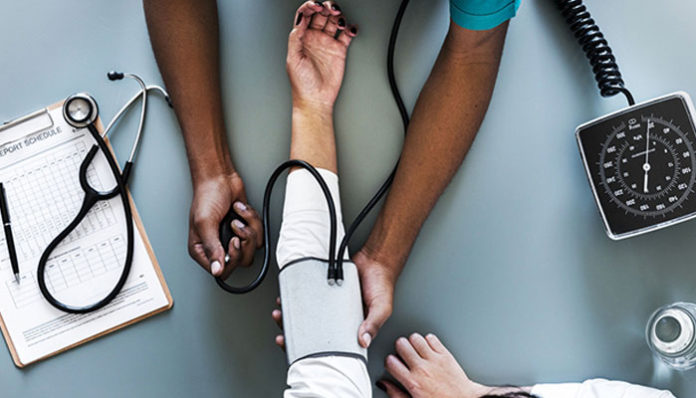 Health officials are urging the public to use NHS 111 by phone or online for non-urgent health issues in order to guarantee people obtain the appropriate care for their needs and help relieve pressure on the service. This milestone comes despite May being the busiest month ever for emergency care.

According to recent survey data, nearly one in five (19.1%) patients who used 111 claimed they might have otherwise called 999 and more than a quarter (26.2%) said they would have visited an A&E. If NHS 111 hadn’t been available, almost one in ten people (7.1%) claimed they wouldn’t have approached anyone else about their medical condition.

Separately, according to the monthly performance data released, 2.2 million people visited A & E in July 2019, which was the month with the second-highest number of visits. Additionally, it was the busiest May ever in terms of 999 call volume (853,065) and the number of emergency ambulance dispatches (77,934 Category 1 calls).

Staff members of the NHS were under strain since it was once again difficult to discharge patients into social and community care. Less than half of the patients eligible for discharge left the hospital on each day of the previous month, resulting in thousands of patients staying longer than necessary.

The number of patients waiting more than 2 years for treatment has decreased by two-thirds since the NHS’ COVID elective recovery strategy was revealed in February, and 40 trusts have now eliminated the number of patients waiting 104+ weeks. As of the week ending June 5th, there were 7,533 fewer people waiting 104+ weeks than there were 22,299, a 66.2% decrease (down 14,766). In contrast, fewer patients were waiting for a diagnostic test in April, indicating that the NHS is making progress in clearing the backlog. The new data demonstrates that hard-working NHS staff are making significant strides in ensuring individuals waiting the longest for care are treated, said the national medical director for NHS England, Professor Sir Stephen Powis.

There is no question that the NHS is still under pressure, including from a recent uptick in COVID patients, and the most recent data highlights just how crucial community and social care are in assisting patients to leave the hospital when they are well enough to do so, not only because it is better for them but also because it helps free up valuable NHS bed space.

It serves as a helpful reminder of how crucial it is to seek out care and advice by selecting the best service for their requirements. According to a patient survey, 1 in 5 people would have contacted an ambulance instead of NHS 111, while a quarter would have gone to an emergency room. One can assist in getting themselves the best care possible soon by contacting NHS 111 or using the service online for non-urgent health concerns.

Amanda Pritchard remarked that the strains on emergency rooms and ambulance services are just as difficult as they were before the pandemic.There was an improvement over the previous month in every one of the six areas used to gauge ambulance response times.

Emergency admissions increased overall by 6.3% over the previous 12-month period, reaching 507,000 in May. NHS 111 received 1.9 million calls in April, or 62.3 thousand calls each day on average.