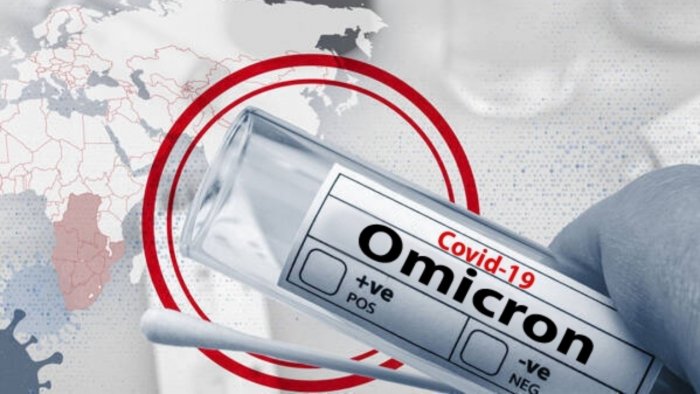 In a startling revelation by the WHO, in some countries, the pandemic won’t see the end, even if the omicron variant fades away. The high levels of inflection which has been caused due to omicron are most likely going to lead to more new variants once the virus mutates. World Health Organization’s Technical Head on COVID-19, Maria Van Kerkhove, during an update on the pandemic, said that a lot is being heard of omicron being the final variant of coronavirus, and it will be all over after that. But according to her, that is not the way it looks, as the virus is spreading across the world at an extremely intense level.

She further says that the new infections have risen by another 20% globally over the past week, with a whopping 19 million cases which have been reported, and those that haven’t been reported will bloat the number even higher.

A senior WHO official Dr Bruce Aylward suggests that a high level of transmission would give the virus more strength to replicate and mutate fast, thereby suggesting that the new variant is sure to emerge from somewhere. He opines that there is no understanding of the consequences that this will have, but it has been witnessed that in areas where there is uncontrolled transmission, the variants may emerge, and uncertainties will have to be looked upon.

Kerkhove is of an opinion that this is not the time to step down the public health measures, like not paying heed to mask-wearing or avoiding physical distancing. She has called on Governments to make sure that they strengthen strict measures, and don’t let the guard down and hence bring better control on the virus and in a way, slash the infection wave even as the new variants emerge. The fact is that if this isn’t done now, there will be a movement towards the next crisis. The right thing to do, according to her, is to stop it now and not abandon the strategies that the entire world is working on.

She has also called on authorities to pay more attention and add funds into surveillance systems just to make sure that the virus remains tracked even if it mutates. She had stressed the fact that omicron will not be the last variant of concern. In December 2021, a study published by South African scientists inferred that people contracting omicron could have elevated their immune protection against Delta, another variant of COVID-19. The research also found out that omicron-infected people do not get as sick as delta patients. Both factors may result in the virus, therefore ending up becoming less disruptive across society.

That said, Anthony Fauci, the chief medical advisor to the White House, says that it is as of now too early to predict if omicron would be the final pandemic wave. Fauci adds that he hopes this is the case, but that would happen only if another variant doesn’t elude the immune response of the variant before it.

Tedros Adhanom Ghebreysus, the WHO Director, says that there are some countries where new infections are peaking, which itself provides push to the fact that the omicron wave is subsiding. However, as per him, it will be too early to predict the ouster of the variant as the entire system is under severe pressure since infections are taking place at a brisk pace. He has even urged people to do what they can to reduce infections, just to take off that extra pressure put on the system. The World Health Organization has time and again, warned unequal distribution of vaccinations to be the major cause of low immunization in underdeveloped countries. This has led the vast population there, in a vulnerable state as the new variants develop. The global health body has set a target of a minimum of 40% inoculation in every country by December 2021, but only 92 countries could reach that milestone. Tedros goes on to add that COVID-19 is not going anywhere, and because of the incredibly growing omicron variant, the mutation is likely to take place, and therefore tracking as well as the analysis needs to be paid heed to.