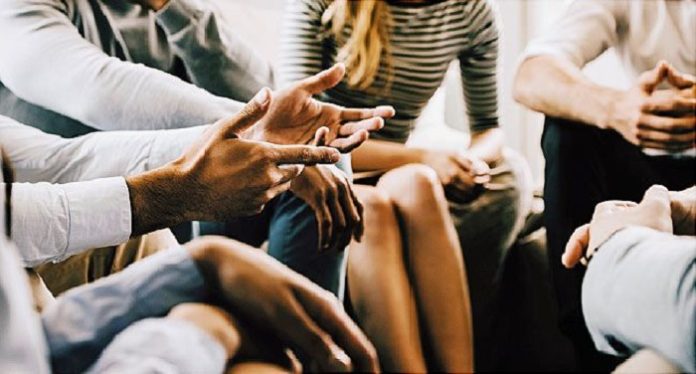 Alcohol’s immediate and long-term consequences have been responsible for the deaths of millions of people, despite the fact that anybody over the age of 21 can purchase alcohol without needing a prescription. However, drinking alcohol regularly or to an excessive degree has been shown to have disastrous impacts on the physical health, emotional well-being, and cognitive functioning of a person.

There is no doubt that alcohol poses a greater health risk than illicit narcotics. Still, there is a healthy way to stop drinking, as well as an unhealthy method, and whoever is thinking about quitting drinking should give careful consideration to both of these options. Your safety or the safety of someone you care about must be your number one concern at all times; with that in mind, let’s take a closer look at the many stages of alcohol detox, and all that one should anticipate during the process!

People who drink frequently and excessively have a firm grasp on how quickly their bodies will begin to suffer the effects of abstaining from alcohol. It may be as little as two hours or as long as eight, depending on the person. Timeframes are often affected by variables such as exactly how frequently they drink, the number of liquids consumed, the frequency and quality of their meals, and additional pharmaceuticals they are currently using.

Within the first few hours after the last drink, most people experience similar withdrawal symptoms, although the specifics can vary. Some alcoholics will start to shake within the first 8 hours after their last drink. In the first phase of alcohol detox, symptoms like Perspiring and Aching Head, Nausea And/Or Vomit, Temper Tantrums, Anxiety, and Losing Your Appetite may also occur.

If the drinker is particularly severe, this phase could last up to two days.

When they hear the word “delirium tremens,” most people have this stage of alcohol withdrawal in their minds. This occurrence is still relatively uncommon; however, it is more common among those who try to quit drinking or on their own. The typical onset time for these symptoms is 24 and 48 hours after stopping alcohol consumption. These signs and symptoms may resemble an exacerbation of phase 1 signs and symptoms. Still, if left untreated, they can lead to more serious problems like hallucinations, Seizures, The rise of the cardiovascular and vascular systems, and abnormally severe stomach pain.

The hallucinations and confused perception of reality that characterize delirium tremens are what the term refers to. However, seizures are much more common and should be considered a medical emergency if they occur during alcohol detox.

This stage of alcohol withdrawal often occurs anywhere from 72 hours to 5 days after the last drink was had and can last anywhere from 1 to 3 days. In most cases, this stage only happens when a person attempts to discontinue taking a substance without medical supervision or “cold turkey.” This is because the initial symptoms of the detox process were not addressed effectively, leading to inflammation, infection, dehydration, and shock. Consequently, this has caused the situation to arise.

Again, during the third phase of alcohol detox, a person may encounter signs and symptoms that are similar to those experienced in the second phase but are much more severe. For instance, delirium tremens that are not treated can lead to a condition called wet brain. This is a condition in which a person suffers from the long-term or chronic repercussions of having delirium tremens that have not been addressed. People with a wet brain will frequently encounter the symptoms like Challenges in effective communication, Memory problems, Mood swings, anxiety or melancholy, and body tremors.

This stage does not occur for everyone who decides to stop drinking. People who drink excessive amounts frequently and for extended periods enter this phase of alcoholism. This phase may also be present in alcoholics who routinely take benzodiazepine drugs and drink alcohol.

There is a secure method available for you or a loved one to use to stop drinking alcohol when the time has come to do so. It is highly recommended that you check into a medical detox center rather than attempting to cleanse yourself at home. Because of this, the procedure will go off without a hitch and with as little discomfort as is humanly possible. Help from a qualified professional is essential, particularly if you or a loved one are abusing multiple substances or prescription medications simultaneously.

To begin with, the individual will always have access to skilled and knowledgeable medical professionals who are on call around the clock. This guarantees that the individual’s blood pressure, heart rate, oxygen supply, and overall functioning are monitored continuously throughout the procedure. If there is a rapid shift or a lack of progress, immediate and appropriate action will be taken. This will assist in preventing the individual from sliding deeper into the variously severe stages included in the detoxification process.

The medical professionals who work at an alcohol detox center will be able to prescribe you medication to alleviate and, in many cases, eliminate the uncomfortable sensations that you may be experiencing as a result of the withdrawal process. These medications might include trouble falling or staying asleep, body aches, flu, nausea, anxiety disorders, and cravings.

These drugs are designed to be used for a limited period of time to reduce the initial withdrawal symptoms, and they are intended not to cause dependence or addiction in the user. The medical community will also be better equipped to treat people who are dependent on a variety of drugs all at once, such as opioids, cocaine, MDMA, marijuana, stimulants, and sedatives.

To restore the client to a state of health that is holistic and treats the body and the mind, inpatient medical detox and alcohol treatment also involve professional therapy, an introduction to the Alcoholics Anonymous program, and a balanced nutrition regimen.