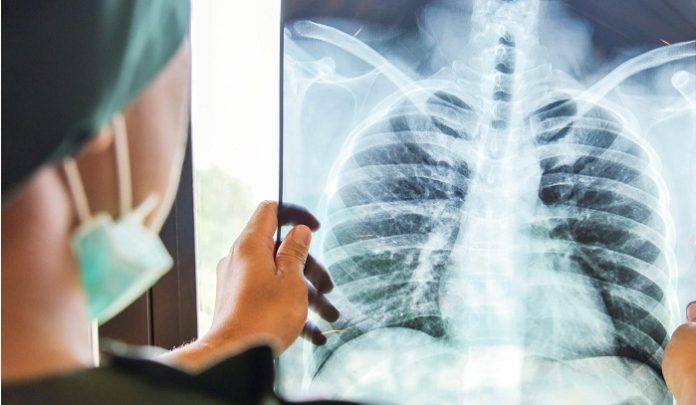 Numerous individuals have been diagnosed with lung cancer sooner thanks to NHS mobile trucks, which are part of the largest ever initiative to improve early lung cancer diagnosis. At least 600 people have been diagnosed earlier thanks to NHS staff who are making it even easier for people to receive a lung MOT in moving trucks visiting different regions around the UK.

People with lung cancer who are diagnosed early are about 20 times more likely to live for 5 years than those who are diagnosed later. Mobile trucks are screening those most at risk of lung cancer, especially current and former smokers, and asking them to have their lungs inspected as well as get a chest scan on the spot for those who are most at risk.

To help even more individuals benefit from early detection, NHS cancer officials are pushing those who are most at risk for cancer to step forward as soon as they are contacted for a life-saving checkup. New numbers show that only a third of people (35%) go to their lung checkups when the NHS asks them to.

A further 20 NHS lung truck sites are set to open soon, with the capacity to screen 750,000 more people at high risk, allowing thousands more malignancies to be detected sooner.

Each month, the 23 current truck sites send out up to 25,000 invitations. The NHS will boost capacity to deliver about 17 million screening procedures over a three-year period, as stated in the NHS acute recovery plan released earlier this year. These lung checks can save lives: by reaching out into communities, they uncover additional people who may not have otherwise known about having lung cancer – with scores already detected and hundreds of thousands due to be invited, said Dame Cally Palmer, NHS cancer director.

The trucks are ideally positioned to make them easy to reach, and it is critical that people accept the invitation and step forward towards these potentially life-saving checks as soon as possible.The launch of the Targeted Lung Health Check Programme is a significant step in achieving the NHS Long Term Plan goal of detecting thousands more malignancies at an earlier stage, when they are easier to treat.

The NHS lung trucks, which are being rolled out as part of the NHS Long Term Plan, will visit convenient community sites such as supermarket carparks, sports and shopping centres to conduct targeted lung health checks in areas of the country with some of the highest lung cancer death rates as part of a massive drive to catch more cancers earlier and thus save lives.

The lung trucks not only scan for cancer, but they’ve also detected thousands of people with undiagnosed diseases, including respiratory and cardiac problems, allowing them to get the care they need sooner and avoid hospitalisation. During the outbreak, there were a lot of backlogs and long waits for care. The recovery plan came up with a way to deal with both.

By 2024/25, up to 1.5 million people in the UK would have been asked for a lung checkup, with an expected 7,700 instances discovered earlier under the NHS Long Term Plan. Lung cancer can be difficult to diagnose at an early stage, but these inspections, which are close to people’s homes, highlight how well the NHS is taking action to find more cancer victims, said NHS clinical director for cancer, Professor Peter Johnson.

When cancers are detected early and far more people are referred for tests, lives are saved, which is why the NHS has focused so much attention on early diagnosis in recent years. They understand that some individuals were hesitant to seek care during the pandemic, but if one has a concerning symptom or even has coughed for three weeks or more, then see a doctor and get checked out. Current and former smokers aged 55 to 74 are being urged to consult with a healthcare expert and may be offered a lung scan if they have a higher risk of developing lung cancer.

Trucks move around each town to target the most vulnerable, with one in the Northwestern shifting between Blackburn Rovers and a sports club in Blackpool, while closer to the capital, in Luton and Thurrock, they have been providing more people with the opportunity to obtain a necessary check.

Those who attend will also receive advice on how to quit smoking. In the United Kingdom, smoking is responsible for more than seven out of 10 instances of lung cancer. CT screening has been proven in previous studies to lower lung cancer fatalities by 26% in males and between 39% and 61% in women.

Anyone who is experiencing symptoms of lung cancer should see their doctor immediately rather than wait for a lung check-up.

The Health and Social Care Secretary, Sajid Javid, said he is determined to significantly improve outcomes for cancer patients across the UK, and the 10-Year Cancer Strategy will set out how they will lead the world in cancer treatment. They are also assisting the NHS in addressing the backlog with innovations like community diagnostic centres, that are providing millions of more tests whilst decreasing demand on some other facilities and allowing individuals to be seen more promptly.

This community programme is precisely what one needs to ensure that hundreds of people receive an early diagnosis and the care they require as soon as possible. They received an invitation letter and are very thankful that they took the decision to go forward with the lung health check, Christine and Danny, a couple who both went through the test and gave up smoking after Danny was diagnosed with lung cancer, said. Unfortunately, the CT scan revealed a problem with Danny’s lung, and they were at Castle Hill Hospital within days, obtaining a lung cancer diagnosis.

Danny had no indications besides a cough, which they assumed was caused by smoking, and the couple was surprised to see that the growth was so substantial. They were extremely fortunate that the lung health check identified it just in time, and the incredible cancer team at Castle Hill Hospital was able to operate and eliminate the cancer sans the use of chemo or radiotherapy.

Danny is now cancer-free, but he wouldn’t be here today if it weren’t for the lung health check. Christine said she is eternally grateful to the incredible team that saved her husband’s life, and that she encourages everyone who is offered the opportunity to accept it.

He got a call from a nurse asking him to the lung health check, and he figured he might as well go, said Bill Simpson of Nottingham, who participated in the Targeted Lung Health Check programme. He was informed he required a CT scan and, subsequently, a PET scan at his first consultation. He had lung cancer, he was told at that point. However, it was isolated, affecting just a tiny amount, and it had not spread. One minute you’re sentenced to death, the next you’re granted a pardon, and it all happens in two phrases.

The entire process took around six weeks, from the preliminary tests through the operation and discharge from the hospital. One will be operated on, and will be able to return home in a few days. According to the physicians, it really has given him an extra ten years of life. He has everything to live for, everything just to anticipate. The important thing is that if they locate it, people can be fixed.