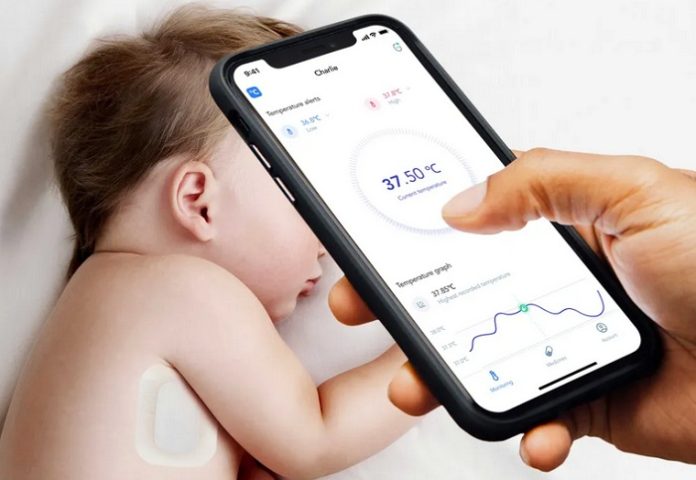 A new smart thermometer that claims to be more accurate than other temperature monitors has been released for sale. Celsium has a sensor that attaches under the armpit, taking temperature readings every four seconds. It connects to an app via Bluetooth, and as soon as a temperature change happens the wearer is alerted immediately.

Its creators claim it is up to 10x more reliable than most thermometers because it measures body temperature rather than skin temperature, with an accuracy of +/- 0.2oC (core temp), compared to +/- 1.5 oC – 2.0 oC for most devices on the market.

The thermometer comes with a battery and disposable adhesive patches that attach to the skin. Celsium’s app works on both Apple and Android devices, and online support is available.

The thermometer took eight years to develop, but its release comes at a time when temperature checks are being used by businesses and airports around the world to determine whether people have Covid-19.

Behind Celsium is Andy Mahoney, founder and CEO, who set out to develop a smart thermometer after experiencing problems with available products when trying to conceive his first child. He realised it was hard to measure temperature at all hours of the night and day, and was also clumsy and often not accurate. He drew on his 15 years’ experience in healthcare technology to develop the temperature monitoring platform.

“I believe body temperature is massively under-utilised largely due to the poor products we have to work with” he explained. “Temperature is central to the way our bodies function, it’s such an important signal. With the right solution, I firmly believe temperature will facilitate earlier and more accurate diagnosis in the future.

“The potential for temperature to provide early insight to illness and disease is huge. Until now we haven’t had the technology to investigate this. Celsium will unlock this ‘hidden science’ in so doing creating what we believe will be never before seen early warning signals to health problems developing.”