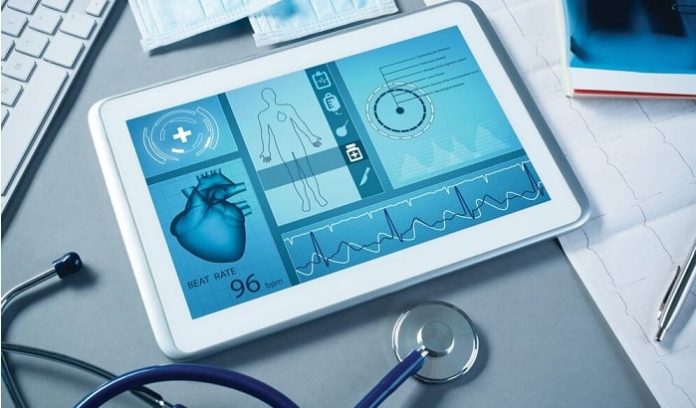 Healthcare facilities of late have started to face some extraordinary concerns; one such concern happens to be cybersecurity attacks where multiple health systems have started to face high-end ransomware encroaches last year. As per a report rolled out by IBM Security, cyberattacks have actually doubled from 2020 to 2021.

What these attacks have done is not only played an annoying role in the disruption of patient care but have also affected the hospital’s data system as well as the medical devices that get connected to the facility network. A watchdog group has laid more stress on potential harm to patients amidst the attacks than the effects of a breach in data. The breach can as well result in patients’ surgeries being rescheduled, vehicles set for emergency being diverted, or the entire units related to care being closed.

In the position that we are in, the healthcare segment must anticipate attacks, the only question is when. But with a seamless security plan and a strategy to maintain patient care, the consequences of a cybersecurity incident can be diminished.

Hospitals, as well as device manufacturers, share the ownership of securing tools from potential attacks. That said, the situation does become complicated as and when the devices go older and the software they take the help of no longer gel. The FDA is doing their bit to propel capabilities that could update the devices and fix them, but nothing has been implemented as yet.

The issues regarding the supply chain are significantly important amidst a time when COVID cases have impaired shipping to a relevant extent and led to a shortage in supplies. This has had an effect on the availability of those devices which could resist the healthcare system’s capacity to not only treat their respective patients but protect their staff as well. What device manufacturers do is source their raw material from offshores to maintain a slim inventory. They have contracts with a small number of distributors and manufacturers too in this regard.

One of the major causes of worry which should be reflected upon immediately is the infusion pumps that are damaged, which in turn can cause a major setback for the medical administration. The reports keep jolting the authorities of damaged pumps being used as far as patient care is concerned. There have been instances where the infusion pumps have been unsuccessful to regulate the medication flow leading to overdoing things and in a way harming patients. The worst part is that these damaged pumps can be hard to identify and therefore, won’t trigger an alarm in the first instance.

The Dearth of Emergency Stockpiles

The fact remains that due to the start of the pandemic, the real significance of emergency medical supplies stockpiles has become evident. Due to a shortage of actual required equipment, healthcare facilities have turned towards expired products. Local as well as national emergency stockpiles have fallen short and have at times included unusable equipment too. It is well to be noted that in the pandemics’ initial days many hospitals had to stick with reused masks and even expired respirators.

The telehealth model has been effectively followed and implemented across the pandemic for patient care. That said, they were all put into use so quickly that many of them do not pay heed to clinician workflows. These programs pertaining to telehealth must be easy to use and in a way shouldn’t create an impression of overwhelming the healthcare providers because of a large amount of data that literally doesn’t lead to anything but a confused state.

There have been misconceptions of how to deliver low drug flows by way of using syringe pumps which can affect patient care to no end. Notably, when the pumps are conditioned for a low flow rate, there is quite a tangible gap between when the infusion begins at the pump and the actual drug delivery to the patient. There is always a likelihood of clinicians perceiving the delayed response from the patient as an inadequate dose which might lead to the over infusion of medicines.

While the facets of artificial intelligence suggest that it is quick in reconstructing MRIs, CTs, as well as other scans, there is a certain set of limitations too that come tagged along. There might as well be some tiny perturbations that lead to obscure tumors, features, and also other vital information. There may as well be cases where the standardized algorithms may prove to be more beneficial as compared to AI reconstruction that may give out a degraded quality of images.

Reusing duodenoscopes is a cause of worry because if it isn’t cleaned well, it can lead to infection amongst patients. One of the surveys pertaining to healthcare workers last year suggested, that they were prone to face timeline pressure with the use of duodenoscopes as they had to clean and disinfect those devices, especially the ones with fixed distal endcaps.

This is a concern that has affected healthcare organizations, big or small, since the wrong choice of gowns can end up in the frontline healthcare force not being adequately protected. The report by the ECRI suggests that the manufacturing quality may vary, and it might not always be consistent. Almost half of the gowns that ECRI tested did not match up with the standards and protection levels.

Since more and more devices in a health care facility have been initiated, internet connectivity is of prime significance in inpatient care. For eg. transmitting alarms to a nurse’s phone or electronic record access can depend largely on the WiFi. Any flaw in the connectivity can lead to critical alerts not reaching the destination they should be.