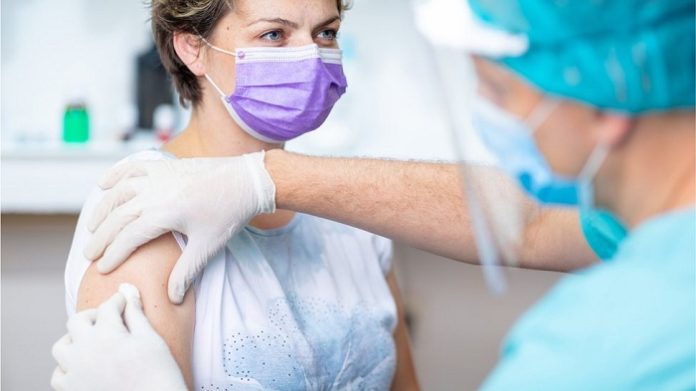 More than 820,300 coronavirus vaccinations have been administered in the UAE so far, equivalent to about eight percent of the country’s population.

The National Emergency Crisis and Disaster Management Authority, better known as NCEMA, said about 47,000 jabs have been carried out per day so far.

It added that it aims to reach more than 50 percent of the country’s population during the first quarter of this year. In a series of tweets, NCEMA said: “This will help us reduce cases in general, reduce critical cases in particular, and control the disease better in the next phase.”

NCEMA added that it has noticed a marked increase in the number of Covid-19 cases in the UAE due to the increase in commuting between emirates, in addition to the presence of cases coming from outside the UAE arriving at various airports.

“Our goal in the next stage is to control the increase in the number of cases by reviewing the precautionary measures applied in establishments and institutions and emphasising the commitment of all members of society to preventive measures,” the authority added in another tweet.

“We aim to focus on vaccination for the largest possible percentage of society, and access to the acquired immunity resulting from vaccination, which will help reduce the number of cases and control the disease,” it said.

NCEMA stressed that taking the vaccine is optional, not compulsory, with two doses administered with a three to four week gap.

Vaccinated individuals are exempt from home quarantine after completing 28 days from receiving the second dose of the vaccine.