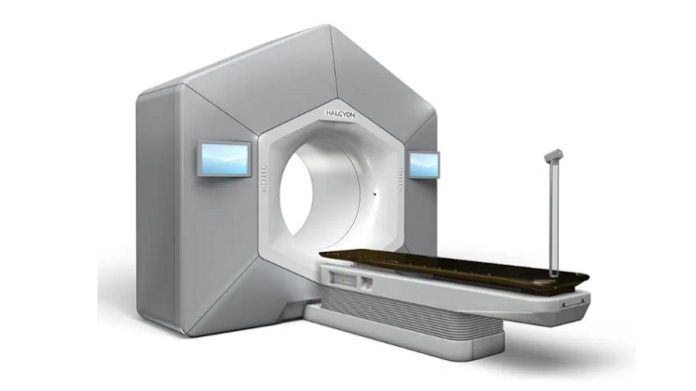 “We want to further expand the production of radiotherapy systems in Kemnath and increase the quantities. We also want to increase the vertical integration of the Halcyon system by producing more individual parts here in the plant,” said Michael Braunreuther, head of the Kemnath site at Siemens Healthineers. “The expansion of our portfolio here in Kemnath is a further commitment to Germany as a location for innovation.”

Radiotherapy is one of the most important methods of modern cancer therapy and is now used in more than half of all cancer treatments. The radiotherapy devices, so-called linear accelerators, are part of the product portfolio of Varian, now a Siemens Healthineers company. Linear accelerators are used both in the outpatient sector and in hospitals for the targeted treatment of cancer. The Halcyon system from Varian is one of the most technically innovative accelerator systems on the market. Siemens Healthineers built another production site for these systems in Kemnath. A second production site is located in Beijing. Until 2012, Siemens Healthineers manufactured radiotherapy systems in Kemnath. Parts of the infrastructure, such as the radiation-proof test cabins, are still available and can be used to test the new Varian systems. The production of radiotherapy systems complements the existing portfolio at the site. The Kemnath plant in the Oberpfalz region was established in 1962. It has grown since then from a purely contract-based manufacturer to a Center of Competence for mechatronics that covers large parts of the Siemens Healthineers product range. The components developed and manufactured in Kemnath include C-arms for angiography systems in addition to tables for MRI units and components for analytical systems used in lab diagnostics.