Daniel G. Clair, MD, FACS, of the Cleveland Clinic Foundation and national co-principal investigator for the Gore EMPiRE Clinical Study stated, The GORE Flow Reversal System is not only a significant advancement in neuroprotection, it is an important step forward for carotid stenting that may help establish carotid stenting as the therapy of choice for a greater number of patients. 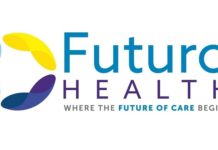