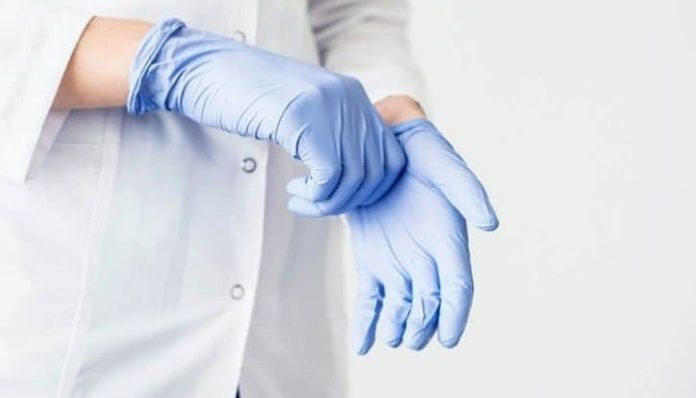 Not so long ago, the concept of the average lay person wearing gloves was a pretty foreign one. However, following covid, it’s safe to say that we’ve all become a lot more hygiene conscious!

Although nowadays gloves are standard practice in many professions, it hasn’t always been that way! In fact, although it seems like basic common sense that protective gear can prevent infections, historically even simple measures (such as doctors wearing gloves during surgery), were met with fierce resistance.

When were disposable gloves invented?

Disposable gloves were invented in 1889 by Dr William Halstead. Somewhat of an ingenious brainwave, the idea came about when a nurse complained about getting rashes on her hands after handling chemicals during surgeries.

After that, Dr Halstead wasted no time in completing a design for his new disposable glove prototype, creating what was soon to become the first rubber pair of gloves. Needless to say, the initial model was a huge success, leading to rubber gloves being introduced more widely across the medical field.

The impact of advances in materials on disposable gloves

Although disposable gloves were initially made out of rubber, advances in materials has meant that disposable gloves have come on leaps and bounds since the first prototype. Since their invention in 1889, the first material that changed the landscape was latex. Invented in 1964, these new gloves were potent enough to offer some protection against infection and irritation but ultimately not enough when handling harsher chemicals.

As a result, nitrile gloves entered the market in the 90s. Designed to enhance the protection awarded by latex globes, nitrile gloves were developed as an alternative to latex, offering better protection. Not to mention the fact that they were excellent for people with latex allergies.

Then, of course, there is vinyl. Although not the most reliable for protection, vinyl gloves are widely used in settings where there is a low infection risk, such as beauty salons and food preparation zones.

When did gloves become a vital part of medicine?

In the UK, there are 123,813 doctors working for the NHS – all of which routinely wear gloves to protect themselves and their patients. But when did gloves become such an intrinsic part of medicine?

As we learn more about medicine and infection control, it’s become evident that gloves are crucial in keeping our doctors, nurses, and patients safe. In the late 1890’s, surgery had a 50% mortality rate largely caused by infection. However, nowadays the mortality rate is around 10-15% – which can largely be put down to better hygiene practices, including glove wearing!

Whether you’re in the medical profession or not, it’s safe to say that we can all agree that disposable gloves are an indispensable part of our lives. Although you may not wear them yourself, I’m sure we can all agree that without the innovation of Dr Halstead, we’d be living in a far less hygienic world.

Would you wear gloves for work?