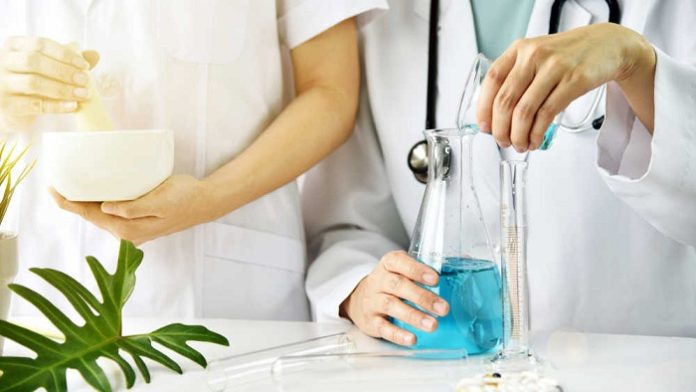 The World Health Organization (WHO) and the Indian government have signed a memorandum of understanding to create the WHO Global Centre for Traditional Medicine. With a USD 250 million investment from the Indian government, this worldwide knowledge hub for traditional medicine intends to realize the full potential of traditional medicine from around the world using contemporary science and technology to improve people’s and the planet’s health.

Traditional medicine is used by an estimated 80% of the world’s population. 170 of the 194 WHO Member States have acknowledged using conventional medicine, and their authorities have asked WHO for assistance in compiling a body of trustworthy information and statistics on traditional medicine practises and products.

Traditional medicine is the very first port of call for several million people across the world to cure numerous ailments, says WHO Director-General Dr. Tedros Adhanom Ghebreyesus. The WHO’s objective is to ensure that everyone has access to effective care, and this new centre will assist in leveraging the power of research to bolster the scientific basis for traditional medicine. He added that he appreciates the Indian government’s cooperation and certainly plans on making it a success.

Traditional medicine refers to the sum of indigenous and various cultures’ knowledge, skills, and practises for maintaining health and preventing, diagnosing, and treating physical and mental disease across time. Its scope covers both traditional and modern medicine, including acupuncture, ayurvedic medicine, and herbal mixes. National health systems and policies, on the other hand, have yet to completely integrate the millions of traditional medicine personnel, accredited courses, healthcare facilities, and health spending. It is encouraging to learn of the execution of the Host Country Contract for the Global Centre for Traditional Medicine’s establishment (GCTM). According to the Prime Minister of India, Hon. Mr. Narendra Modi, the agreement between the Ministry of Ayush and the World Health Organization (WHO) to create the WHO-GCTM in Jamnagar, Gujarat, is a praiseworthy endeavour. He adds that their administration has worked tirelessly via numerous efforts to make preventive and therapeutic healthcare inexpensive and accessible to all. He further said that the world centre in Jamnagar would contribute to the world’s best healthcare solutions.

In today’s era, traditional medicine is becoming more important. Natural compounds account for 40% of all licenced pharmaceutical drugs in use today, underscoring the critical importance of biodiversity and sustainability. The creation of aspirin, for example, was built on traditional medical formulations utilising willow tree bark; the contraceptive pill was produced using the roots of wild yam plants; and child cancer treatments were centred on the rosy periwinkle. Notably, an examination of ancient Chinese medicine books led to Nobel Prize-winning research on artemisinin for malaria treatment.

Traditional medicine has undergone a rapid modernization in terms of how it is examined. Artificial intelligence is now being utilised in traditional medicine to map evidence and trends, as well as to screen natural materials for pharmacokinetic features. In some traditional medicine therapies, such as meditation and yoga, functional magnetic resonance imaging is utilised to analyse brain activity and the relaxation response, which are increasingly employed for mental health and well-being in trying moments. Mobile phone apps, online classes, and other technologies have also helped to modernise traditional medicine.

While Jamnagar will act as the center’s hub, the new facility will engage and benefit people from all over the world. It will focus on developing a robust evidence base for traditional medicine policies and standards, as well as assisting countries in integrating traditional medicine practises and products into national health systems and regulating their safety and quality for maximum and long-term impact.

To enhance conventional medicine’s contribution to global health and sustainable development, the new centre will focus on four core strategic areas: evidence and learning, data and analytics, sustainability and equity, and innovation and technology. April 21, 2022, will be the date when the WHO’s new centre for traditional medicine in Jamnagar in Gujarat, India, will be officially opened.