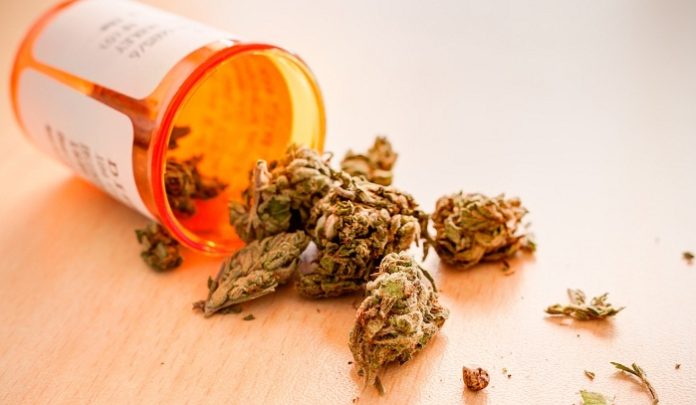 In the last few years, there has been a movement to legalize marijuana in countries and states around the world. With this legalization, online shops and dispensaries like Canna Cabana introduced new cannabis-based products that have hit the market, from edibles to concentrates to topicals.

Cannabis has been used for recreational and medicinal purposes for thousands of years, but it’s only recently that we’re starting to understand its full potential. For example, people with epilepsy have found relief from seizures by using cannabis-based medications like Epidolex and medical marijuana.

These treatments are showing great promise because they work on the brain receptors involved in controlling seizures as opposed to other medications which may not be as effective or cause nasty side effects like liver failure or heart arrhythmia. Some doctors also believe that cannabis can help those who suffer from chronic pain, anxiety disorders such as PTSD, depression, and even cancer symptoms if given at an early stage of diagnosis when chemotherapy.

If you would like to know what marijuana is being used and why here is what you need to know.

One of the primary reasons why many people consume cannabis is to have relief from pain. The cannabis plant has many cannabinoids, many of which have pain-relieving properties when interacting with the brain.

One particular cannabinoid that is naturally present in the brain is anandamide. It has many roles and does a few things, including blocking the pain signals the brain sends, which reduces pain. THC has a very similar makeup to anandamide, which allows it to bind to CB1 receptors, and produce the same pain signaling blocking. CBD on the other hand increases the number of natural levels of anandamide in the brain, which also leads to pain reduction.

Another reason why many people are consuming cannabis is to reduce anxiety and depression. A few studies have been conducted in order to measure the results of the role cannabis plays in reducing anxiety and depression. Research indicates that when participants consumed between 40 to 170 milligrams of CBD, there was a reduction in anxiety. This means that if you want those effects, you should find a strain of cannabis that has more CBD than THC, although THC can produce a similar effect.

This is most likely because both THC binds with CB1 receptors and the result of this binding is an improvement in mood, due to its effects on dopamine transportation.

When it comes to using marijuana for sleep, there have been many positive results from studies. There are many reasons why people might struggle to sleep or have poor quality of sleep. Some of these reasons include anxiety and depression, chronic pain, stress, and more.

As mentioned above, marijuana is effective at reducing anxiety and depression as well as improving pain relief. If you are suffering from a condition that causes inflammation or chronic pain, then consuming marijuana will allow you to sleep since you won’t feel as much pain if any at all. If it is because you are experiencing anxiety or depression, and marijuana can reduce the symptoms of anxiety and depression, your sleep quality will improve too.

Many studies are being conducted to evaluate the effects that marijuana has on seizure regulation. One thing is for certain; CBD is effective at treating the seizures produced by two rare forms of epilepsy, Dravet syndrome, and Lennox-Gastaut syndrome. Research has been mixed on the effects of THC and CBD together, however, some studies have shown that THC might increase seizures. This means that you should try to only use CBD or marijuana strains that don’t contain a lot of THC.

Because CBD acts as a modulator of activity in the brain, it is thought to be the reason why it decreases seizures. This is most likely because CBD binds rather loosely to CB receptors.

Finally, when it comes to diabetes, marijuana seems to aid in the regulation of diabetes and prevention. The biggest contributing factor to diabetes is obesity, and studies have shown that people who consume marijuana have are at a much lower risk of obesity, and have smaller waist sizes.

In addition to this, marijuana seems to increase insulin sensitivity, which is extremely important for health. Other benefits related to this include an increase in adiponectin, which regulates blood sugar, and a large decrease in fasting blood glucose.