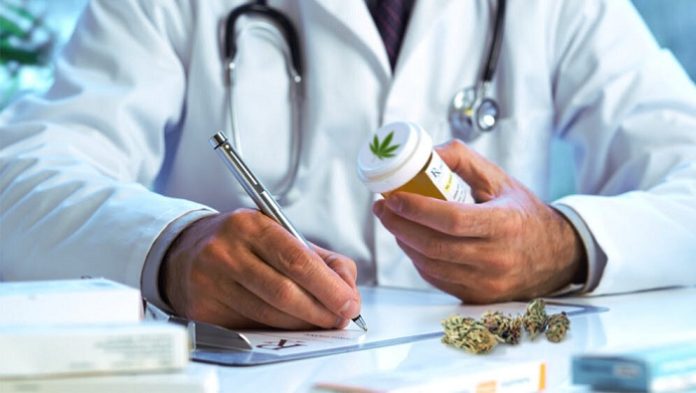 It seems that CBD is on the verge of becoming adopted by the masses and is more mainstream by the week. It is being used in skin and hair products, anxiety treatments and as a sleep aid.

Yet, it is not being prescribed by doctors. For now, it is firmly in the realm of being a supplement and doctors haven’t been prescribing, nor suggesting it as a viable treatment for many problems.

Is this going to change soon, or will it be regarded by medical professionals as a snake oil? Owing to its status as being an illegal substance by the US government has meant that there is a serious lack of science and studies to back up the benefits of CBD.

This isn’t to say that there is no merit for some of the claims about what CBD oil can do. It just means that many claims need to be verified. Of course, there is plenty of anecdotal evidence that CBD does help many people with a variety of issues, which you can read more about.

Let’s take a look at where CBD oil is currently and where it may find itself in the near future.

Right now one of the few FDA approved drugs available by prescription with CBD as its main active ingredient is Epidiolex. It is prescribed to children with epilepsy to prevent seizures.

The anti seizure drug is not at all psychoactive and doesn’t produce a high like THC, which is the compound in marijuana.

The dosage is between 10 and 20 milligrams, which is the usual dosage for an adult using it over the counter for various issues like anxiety and depression. Of course, this is on the high side for a child using CBD though there are not many studies showing potential serious side effects from CBD at that dosage.

As an over the counter supplement, CBD is being used for some psychiatric disorders by consumers. It is being used to treat things like anxiety, depression, and insomnia by many people.

Luckily, there are some studies being done that seem to indicate that there is some basis in science that it does help these disorders. In fact, there is a pharmaceutical in clinical trials that shows promise in treating schizophrenia.

Could this mean that it will see some science behind its use as an antidepressant that doesn’t have some of the adverse effects that many have? Hopefully, there will be studies done soon to verify that the anecdotal evidence has some basis in reality and can be prescribed to treat these issues.

There have been some preliminary studies already conducted that show that there was a reduction in anxiety in some subjects compared to a placebo.