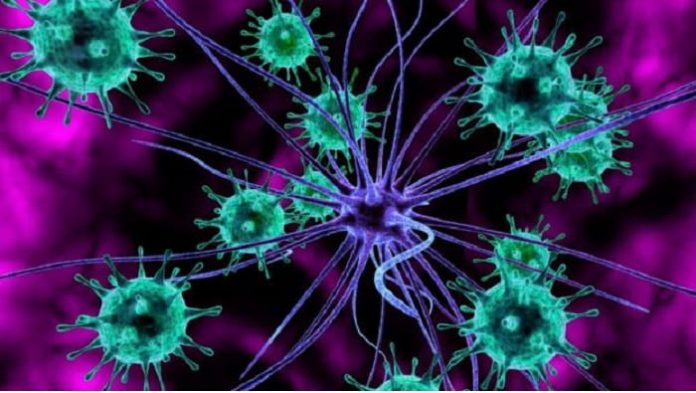 Working with mice and rats, Johns Hopkins researchers have developed a way to successfully deliver nano-sized, platinum-based chemotherapy drugs to treat a form of bladder cancer called nonmuscle-invasive that is found in the lining of the organ and has not invaded deeper into bladder tissue.

The tiny drug-infused particles, they say, potentially offer a less toxic clinical alternative to standard chemotherapy delivered intravenously or through a catheter inserted into the bladder.

The team of investigators from the Brady Urological Institute and the Center for Nanomedicine at Johns Hopkins, engineered the nanoparticles from biologically compatible materials, such as polyaspartic acid, and coordinated them with molecules of the chemotherapy drug cisplatin, considered a first-line treatment for human bladder cancers that have spread through the organ’s inner lining into its muscle tissue.

In a series of laboratory tests with mice and a rat model of bladder cancer, the scientists found that the nanoparticles, when administered through a catheter directly to the bladder, reduced the proliferation of cancer cells without leaching into to the bloodstream, which takes the drug’s toxicity and other side effects to the whole body. The work was published online Aug. 14 in the journal Clinical Cancer Research.

“We were really excited by these results,” says Max Kates, M.D., a urology chief resident at The Johns Hopkins Hospital and lead author of the study. “We have been interested in developing new therapies for bladder cancer to allow patients who have early stage disease but who don’t respond to first line treatment to keep their bladders.” First line treatment consists of the drug BCG or bacillus calmette-guerin. If it fails, such patients typically have a cystectomy, surgical removal of the bladder.

Previous studies giving cisplatin in its customary, non-nano-sized state, through a catheter inserted into the bladder, have found it to be too toxic, leaching through the bladder to the bloodstream. Intravenous forms of cisplatin have not been considered for patients with early stage disease because of potential side effects such as acute kidney injury.

For the current study, Johns Hopkins scientists Abhijit Date, Ph.D., and Laura Ensign, Ph.D., led the design of the nano-chemoparticles to increase absorption of the drug into the bladder without being diluted by urine production and to stay within the bladder to better attack tumors. The scientists first delivered the drug nanoparticles or regular cisplatin to mice, finding that the nanoparticles were more than 20 times better absorbed by the animals’ bladders four hours after administration and had at least two to three times less systemic absorption than regular drug.

Next, they administered either the drug nanoparticles or regular cisplatin to the bladders of mice via a catheter once a week for three weeks, then studied blood and bladder tissue samples, finding detectable levels of the drug’s platinum content in the blood of animals treated with regular cisplatin but not in those treated with the drug nanoparticles.

“This study represents a significant improvement for intravesical platinum drug delivery that we believe is highly applicable for patients with nonmuscle-invasive bladder cancer,” says senior study author Trinity J. Bivalacqua, M.D., Ph.D., director of urologic oncology at the Brady Urological Institute at Johns Hopkins, deputy director of the Johns Hopkins Greenberg Bladder Cancer Institute and the R. Christian B. Evenson Professor of Urology and Oncology at the Johns Hopkins University School of Medicine and Kimmel Cancer Center. “Following further analyses, we hope to initiate early phase clinical trials to evaluate the safety and efficacy of this treatment for patients.”

Bladder cancer is the seventh most common malignancy worldwide, affecting about 1.3 million people. Approximately 70 percent of patients are diagnosed at the non-muscle invasive stage.

Funding for the study was provided by The Greenberg Bladder Cancer Institute and the Urology Care Foundation. Kates, Bivalacqua, Date, Ensign and Hanes are partial owners on a patent related to this project.

Funding for the study was provided by The Greenberg Bladder Cancer Institute and the Urology Care Foundation. Kates, Bivalacqua, Date, Ensign and Hanes are partial owners on a patent related to this project.

The New England Journal of Medicine and NEJM Group partner with...

How can people with a family history of colorectal cancer reduce...