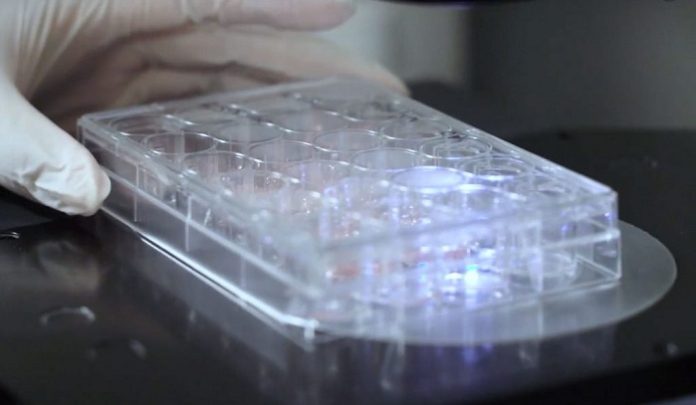 Researchers at the Icahn School of Medicine at Mount Sinai have discovered a novel combination of two classes of drugs that, together, cause the highest rate of proliferation ever observed in adult human beta cells—the cells in the pancreas that produce insulin—without harming most other cells in the body. The result is an important step toward a diabetes treatment that restores the body’s ability to produce insulin.

The finding involved one type of drug that is known to cause beta cells to proliferate and another that is already in widespread use in people with diabetes. Together, they caused the cells to proliferate at a rate of 5 to 6 percent per day. The study was published today in Science Translational Medicine online. For a video about this study click here.

“We are very excited about this new drug combination because for the first time ever, we are able to see rates of human beta cell replication that are sufficient to replenish beta cell mass in humans with diabetes,” said Andrew Stewart, MD, Director of the Mount Sinai Diabetes, Obesity, and Metabolism Institute and lead author of the study.

Diabetes occurs when there are not enough beta cells in the pancreas, or when those beta cells secrete too little insulin, the hormone required to keep blood sugar levels in the normal range. Approximately 30 million people in the United States have diabetes and nearly 50 to 80 million more are living with prediabetes (also called “metabolic syndrome”). Diabetes can lead to major medical complications: heart attack, stroke, kidney failure, blindness, and limb amputation.

In type 1 diabetes, the immune system mistakenly attacks and destroys beta cells. A deficiency of functioning beta cells is also an important contributor to type 2 diabetes, the most common type of diabetes. Thus, developing drugs that can increase the number of healthy beta cells is a major priority in diabetes research.

“This is a very exciting discovery in the field of diabetes and is a key next step in drug development for this disease,” said Dennis S. Charney, MD, Anne and Joel Ehrenkranz Dean, Icahn School of Medicine at Mount Sinai. “This important work truly holds promise for so many people.”

In 2015, Dr. Stewart and his team published a paper in Nature Medicine that showed that harmine, a drug that inhibits the enzyme dual specificity tyrosine-regulated kinase 1A (DYRK1A), induced multiplication of adult human beta cells. In that study, his team also discovered that harmine treatment led to normal control of blood sugar and proliferation in human beta cells in diabetic mice whose beta cells had been replaced with small numbers of transplanted human beta cells. While this was a major advance, the proliferation rate was lower than needed to rapidly expand beta cells in people with diabetes.

This current paper builds upon a study that Dr. Stewart and his team published in Cell Metabolism in December 2018 where they discovered that DYRK1A inhibitors combined with another drug that inhibits transforming growth factor beta superfamily members (TGFβSF), also known as a family of proteins with various biological processes such as growth, development, tissue homeostasis and immune system, could cause beta cells to proliferate at a rate of 5 to 8 percent per day. However, according to Dr. Stewart, TGFβSF’s would likely have side effects on other organs in the body that would prevent clinical use.

The next challenge was developing ways to target regenerative drugs to the beta cells while avoiding other cells and organs in the body where they may elicit adverse effects.

In the study published, titled “GLP-1 receptor agonists synergize with DYRK1A inhibitors to potentiate functional human beta cell regeneration,” Dr. Stewart and his team combined DYRK1A inhibitors like harmine with a class of beta cell-targeting drugs, also known as GLP1R agonists, which are already in widespread use in people with type 2 diabetes. They showed—in beta cells from normal people and people with type 2 diabetes, both in the tissue culture dishes and in human beta cells transplanted into mice—that combining harmine (or any other DYRK1A inhibitor) with any of the many GLP1R agonist drugs currently on the market for diabetes yields high rates of human beta cell replication, and does so in a way that is highly selective for the beta cell.

The project arose from the PhD thesis of an Icahn School of Medicine graduate student, Courtney Ackeifi, now a postdoctoral fellow in Dr. Stewart’s lab and first author of the paper, who explored a broad spectrum of potential drug partners that could enhance the beta cell regenerative efficacy and selectivity of harmine.

Said Dr. Ackeifi of the discovery, “The beauty here is that the combination of DYRK1A inhibitors with GLP1R agonists achieves the highest rate of human beta cell replication possible, and does so in a highly specific way. This is an important advance in the field of diabetes because we may have found a way to convert a widely used class of diabetes drugs into a potent human beta cell regenerative treatment for all forms of diabetes.”

“We know that a critical pathway to drive a cure for type 1 diabetes includes transplanting insulin-producing beta cells into people or enticing their existing beta cells to start multiplying,” explains Francis Martin, PhD, JDRF Director of Research. “It is exciting to learn from the work of Dr. Stewart and his team that GLP1R agonists could increase the effect of the recently discovered agents that promote multiplication. Using GLP1R offers a means to boost the effect while also improving the safety of this type of drug.”

The next goals of the project are to perform long-term studies in animals transplanted with human beta cells, and to determine if any cells or organs in the body other than beta cells are affected by the new drug combination.

JDRF is the leading global organization funding type 1 diabetes (T1D) research. Our mission is to accelerate life-changing breakthroughs to cure, prevent and treat T1D and its complications. To accomplish this, JDRF has invested more than $2.2 billion in research funding since our inception. We are an organization built on a grassroots model of people connecting in their local communities, collaborating regionally for efficiency and broader fundraising impact, and uniting on a national stage to pool resources, passion, and energy. We collaborate with academic institutions, policymakers, and corporate and industry partners to develop and deliver a pipeline of innovative therapies to people living with T1D. Our staff and volunteers throughout the United States and our six international affiliates are dedicated to advocacy, community engagement and our vision of a world without T1D.

The Mount Sinai Health System is New York City’s largest academic medical system, encompassing eight hospitals, a leading medical school, and a vast network of ambulatory practices throughout the greater New York region. Mount Sinai is a national and international source of unrivaled education, translational research and discovery, and collaborative clinical leadership ensuring that we deliver the highest quality care—from prevention to treatment of the most serious and complex human diseases. The Health System includes more than 7,200 physicians and features a robust and continually expanding network of multispecialty services, including more than 400 ambulatory practice locations throughout the five boroughs of New York City, Westchester, and Long Island. The Mount Sinai Hospital is ranked No. 14 on U.S. News & World Report’s “Honor Roll” of the Top 20 Best Hospitals in the country and the Icahn School of Medicine as one of the Top 20 Best Medical Schools in country. Mount Sinai Health System hospitals are consistently ranked regionally by specialty and our physicians in the top 1% of all physicians nationally by U.S. News & World Report.