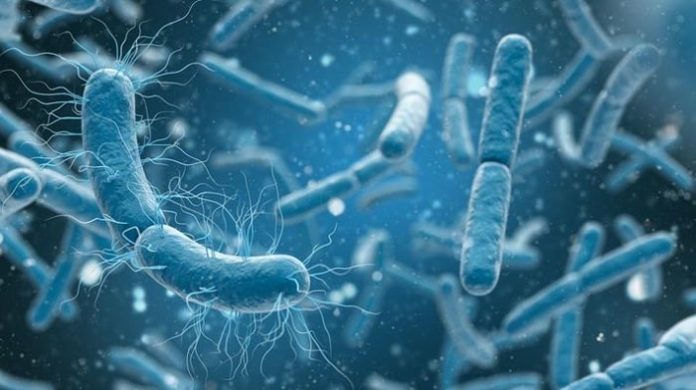 COVID-19 has, rightfully so, brought a lot of attention to the health of our lungs. We are thinking of increasing – even if not practising regularly – pranayam, yog, neti. We are even taking in zinc and vitamin D to try and stave off any viral infections. It might surprise you to know that most of our immunity building doesn’t come from physically keeping the lungs moving, but taking care of what truly runs our entire body smoothly. Before you read on, try to guess what that could possibly be.

Did you know that we humans are actually a bunch of human cells carefully being controlled by microbes that outnumber our own cells? For every 100 human cells we have within us, there are 130 microbial cells! Does that sound fantastic and outlandish? Wait! It gets even more ridiculous- human cells have about 20,000 genes, but the gut microbes in-total have about 20,000,000 genes! Tell me now, who controls whom?

First let me convince you that this (the fact that we are being controlled) is true, before talking about the health of our brain, and finally, our lungs.

Consider a case reported in 2015 of a lady that had a major colon infection. No matter what her doctors tried, her infection just wouldn’t go away. Decades before the infection, she was of normal weight. During the infection of course, she lost some weight. Finally as a last resort, the doctors suggested a fecal microbiota transplantation (FMT). An FMT is exactly what it sounds like – the process involves taking feces from a donor (usually a close relative), scrubbing it of wastes, and depositing the rest (mostly microbes) in the recipient’s colon. In this case, the donor was her sixteen year old daughter. In due course, the lady got better, but noticed something strange – she became overweight and even obese – just like her daughter was! The gut microbes were not only more effective at digesting and absorbing fat, they were perhaps even making her think about eating more often. There was no other change in her lifestyle other than the FMT. This is not an isolated case. Similar phenomena have been observed many times in cases following FMT. Therefore, it is reasonable to conclude that her daughter’s gut microbes were now responsible for the weight gain in both mother and daughter!

This is just one example (of weight gain), but there have been numerous documented cases of the gut bacteria changing the mood of individuals (in one case of even making the person suicidal!). The very same type of FMT has even shown to reduce type 2 diabetes in individuals.

Consider this – our gut harbors 99% of the bacteria in our body. Until recently, the thought was that we obtain our gut bacteria from the mother during childbirth. Recent evidence has emerged that this is not the case. We now know that much before birth, these bacteria (and other microorganisms) start their interaction with the human “host” (fetus) and “teach” the fetus their way of signalling. As they signal, we respond – way before birth. There is strong proof from the fact that prematurely born children have a disrupted “lesson” learned from these microbes. This can lead to many immunological issues including in the lung, in the form of allergies. This phenomenon has also been replicated in germ-free (GF) mice. They too suffer the consequences of diminished immunity towards infections, and even behavioral traits!

It is now known that bacterial by-products that come in contact with the inner gut surface, stimulate special types of cells lining the gut (called the enteroendocrine cells) to produce several neuropeptides – small molecules that alter the brain function. Therefore, it follows that these neuropeptides control, in real-time, the brain’s reaction to the condition of the gut. If the gut is full and food is being digested, one set of signals are received by the brain, if not, then another set is received. For example a type of bacteria called Lactobacillus acidophilus stimulates brain receptors for opioids (opium-like compound), thereby reducing perception of pain in the gut. Other neuropeptides function to regulate blood flow into, and motility of, the gut lining. In fact, in a study of over 4,000 patients, scientists at the famous Cleveland Clinic showed that they can predict strokes in the brain a full 3 years ahead simply by looking at the production of a compound called TMSO, by certain gut microbes when the subjects digested meat. Until a few months ago, this was only thought to be a coincidence. A few months ago, the same scientists then re-created the phenomenon in mice and showed that increased TMSO causes strokes.

Think of the gut microbes as a well-manicured lawn. In that, densely growing grass does not allow other weeds to proliferate. However, when the make-up of gut microbes is altered significantly – such as when a person takes antibiotics – it is known as dysbiosis. This phenomenon turns the gut microbes and the brain to foes- they start to send wrong signals to each other, and an already disrupted lawn gets clogged with weeds – in this case, infection. To add to this, 90% of the main nerve that connects the gut to the brain (called the vagus nerve) goes towards the brain, not from it! What does that tell us? The nerve takes information (commands?) to the brain and not the other way around. Multiple sclerosis, a devastating autoimmune disease that leads to progressive deterioration of neurologic function, has been shown to be greatly influenced by the gut microbiome.

Just as the gut alters the brain function, it does the same with many other organs. Of particular interest is its influence on the lungs. Lungs are by far one of the most vasculated organs in the body. By that, I mean there are literally hundreds of thousands of blood vessels that supply deoxygenated blood and remove oxygenated blood from the organ. As mentioned earlier, the gut bacteria is responsible for “teaching” the organs, particularly the lungs about keeping good house- compounds produced in the gut bacteria directly affect how the tissues within the lungs respond to inhaled foreign objects- be it a particle of soot, or a bacteria. It teaches the lungs exactly what types of cells and compounds (such as antibodies and antiviral compounds, called interferons) to produce for defense, and when to do so.

By far the strongest link that has been established between the lung and gut is by way of compounds called short-chain fatty acids (SCFAs). These are the main byproduct of the gut microbiota. Evidence suggests that SCFAs play a role in the control of infections both through direct action on microorganisms attempting to infect the lung, as well as in “teaching” the human cells and other aforementioned compounds how to kill or neutralize the attacking microorganism such as COVID-19.

The natural next question in your mind should be, about production of these SCFAs. These natural anti-COVID-19 compounds are best produced when complex carbohydrates and fibers are being digested (more accurately, fermented) in the gut by certain bacteria. The best “fertilizer” for these bacteria are vegetables, fruits and nuts. Bacterial digestion of plant-matter in the gut is like a booster shot of immunity to the body. Therefore it should come as no surprise that a 2021 study in the British Medical Journal of about 3,000 frontline healthcare workers documented that those that ate a whole food plant-based diet were 73% better protected from severe COVID-19 infection. This is even better than some of the anti-COVID-19 vaccines that are being marketed!

So, eat your vegetables, fruits and nuts to feed your gut bacteria. A healthy set of gut microbes will automatically lead to strong, immune-boosted lungs and a healthy brain!

Ajoy is a medical scientist, innovator, and a serial entrepreneur.